« Don’t miss tonight’s ‘Town’ programme on BBC2!
A panel discussion on resilience, what it means, and what it looks like in practice » 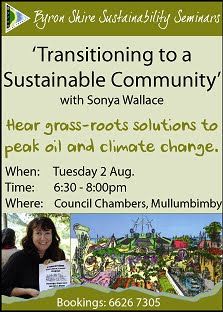 We’ll start down under in Australia where Transition Eudlo (NSW) held a talk in the wonderfully named Mullumbimby which means ‘small round hill’ in Aboriginal. It was presented by Sonya Wallace, founder of Transition Town Eudlo and Transition Sunshine Coast. Also in Australia, MINTI, the Melbourne Inner Northwest Transition Initiative, held a local food forum and asked ‘What’s Eating Australia?’ Over in Balingup, Western Australia, following a successful speaker event by a sustainability lecturer and member of Bunbury TT, public screenings are being held around town to raise awareness of the Transition movement. Balingup locals plan to spread the word and help make Transition as thriving in the west of Australia as it is in the east. Read more about it here.

In Japan, this August update (to the TN website) from Paul Shepherd in Tokyo on the emergence of a Japanese national hub is well worth a read. The headline is that following the existing TT’s in Fujino, Hayama & Koganei, there are now about 20 to 25 emerging Transition Towns in Japan.

Sara and Emilio (www.nu-project.org) would like to share their latest short film which includes an interview with members of Transition Barcelona, some footage of the 15M protest movement across Spain and how it’s connected with Transition.

Transition Town Kinsale in Ireland have been busy this month with a butterfly walk, a sanctuary walk and talk in a restored limestone quarry with Ted Cooke of The Woodland League (to help mark National Heritage Week) and a Kinsale Hub BBQ fundraiser on the dock. Check out this great poster…: 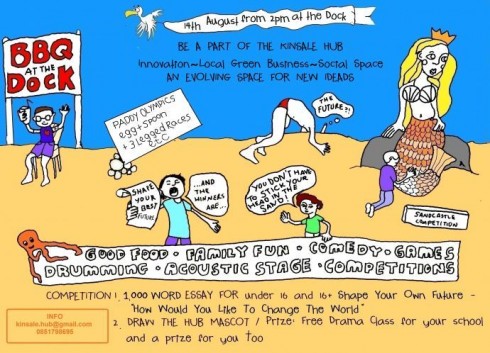 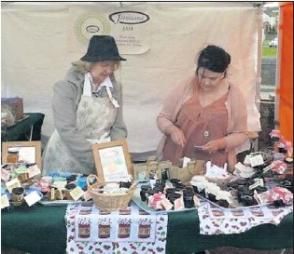 Transition Towns Donabate Portrane ( TTDP) are seeking volunteers/potential mentors to take part in SkillsLink, a free social network of learning in the area. The concept will allow people in the community to teach their trades in a social and enjoyable environment (see right).

In Ontario Canada, The Biomass Innovation Centre (at Nipissing University) will use its recently awarded $75,000 grant, in partnership with Transition Town North Bay and Algonquin Agro Energy to help develop sustainable energy projects within the Blue Sky Region of Northern Ontario. Read the full story here in the North Bay Nugget (what a great name for a newspaper!).

Also from Canada, Transition Town Huronia to be exact, you may remember Lala Jane Wilson singing this song about Transition in previous incarnations in previous round-ups, well here she is singing it on a street corner somewhere… go girl… 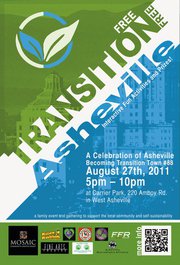 One of the key ingredients of Transition is celebrating where you have come from, where you have got to, and where you want to go next.  Transition Ashville are doing this in style, running a city-wide party to celebrate their being the 88th official Transition initaitive in the US.  Here’s the poster for the event, which captures their enthusiasm for celebrating their achievements!  Also from the US, in case you’ve missed it, is Ruah Swennerfelt’s blog, Transition Vision, which document’s her recent trip around Europe visiting people from different Transition initiatives, including a stop-over at the Transition Network conference in Liverpool.  It’s a very inspiring read.

In the Netherlands, Transition Deventer have been on national TV again…

Our old friend Ellen Bermann from Transition Italy was recently interviewed about an event looking at Transition in the urban context: 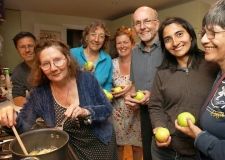 Transition Crystal Palace in London is screening The End of the Line in their local pub. This film premiered at Sundance Film Festival and is the world’s first major documentary about the devastating effect of overfishing. I imagine sales of fish and chips were down in the pub that evening!  Read more about the film here.   Transition Kensal to Kilburn in London is on a mission to stop fresh, local, produce being wasted by making sure all the local fruit from trees in peoples back gardens is utilised to create jams and chutneys. Read the full story, see the photo (right), and check out the film below showing the apple-harvesters in action:

Those prolific film-makers at Transition Town Worthing have been at it again, this time documenting the energy fair they recently held:

In Dorset, TT Tewkesbury organised an Eco Fair in the Town Hall to cover green energy, local food, conservation, sustainable transport, community groups, cycling, games and alternative health.   Transition Marlow in Buckinghamshire and Transition Stroud in Gloucestershire are both taking to the airwaves to spread the Transition message within the local community.  Transition Hythe on the Kent coast put in an appearance at the local Venetian fete in a suitably Transitional floating float (as it were)…

Oundle Transition were overall winners of the Northamptonshire Environmental Forum’s annual Improving Your Patch awards. They received a plaque and a cheque for £400. Well done folks. Horncastle Transition Town are holding an Edible Garden Open Day on September 11th from 2-5pm.  According to their local paper, “a map and list of gardens taking part will soon be available from the Sir Joseph Banks Centre in Bridge Street, Horncastle”. In a similar vein, Transition Town Totnes will be holding an Open Eco-Homes weekend on 9th-11th September.  You can find out more, and download their rather fine leaflet, here.  If this is anything like last year, no doubt several other Transition initiatives are also holding similar events on that same weekend.

Sunrise Off-Grid Festival is held at Fernhill Farm in the Mendip Hills, Somerset and is a celebration of off-grid living, alternative energy, community creativity and consciousness. This year Rob Hopkins went along with his family and gave a talk as well as participating in a panel discussion on resilience.  The Tin Village, a learning hub for Transition, building community and growing food, was a great success for the third year running. Read more in Mike Grenville’s article about the event on the Transition Network website, and you can see his photos on Flickr here. Part of Rob’s workshop included using the cards of the new ‘ingredients of Transition’ that will feature in the forthcoming ‘Transition Companion’, and they went down very well, as you can see: 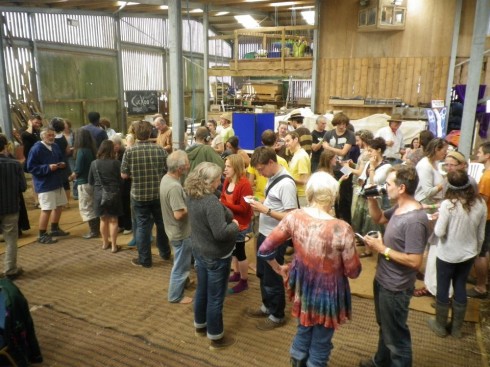 In last month’s update we looked at Transition Bath’s fantastic food garden that was created in Hedgemead Park.  Here’s the film of that in case you missed it:

The garden was entered in the Britain in Bloom competition, here’s a piece from the local news about that:

They also made a guerilla garden at Gravel Walk:

… and when the ‘South West in Bloom’ judges arrived, here is the stunt they put on….

Bath was also host to the Youth Climate Change delegates, and Transition Bath undertook to feed them with an entire meal using only food sourced within walking distance of the city, and they made this great little film about it: 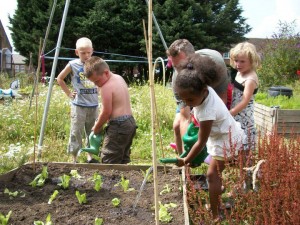 Transition Heathrow teamed up with local community ‘Com.Cafe’ and invited parents and children to help plant lettuces and learn all about T-Heathrow (see right). The Grow Heathrow team also hosted an open summer working weekend in the glorious greenhouses which included a massive glee (a big sing-song round a fire).

I’ll finish up close to home in Totnes, Devon which featured in the final episode of a BBC2 TV series called Town presented by Nicholas Crane.  The people of Totnes were invited to a live public screening in The Seven Stars where Totnes lady mayor Judy Westacott, producer Steve Clarke and Rob Hopkins all shared some thoughts before the programme was screened.   The Transition movement got some great coverage in this hour long show and we all felt good to be a part of this global phenomenon that started right here in Totnes!  The programme was available on the BBC iPlayer for 7 days, but we are working hard to try and get it onto YouTube for those who missed it.  There’s also a great piece about Transition in Totnes from the Canadian Broadcasting Company (CBC), although in my browser, for some reason it ends up in one small column.

That’s it for this month… do send us in your stories.  Thanks to Amber for pulling this together… One thing you might like to know about that will take place before the next round-up is a second webinar thing with Transition US on September 12th.  The first one went really well, so do drop by and check it out.

The link for the archived audio of the radio interview in Portland that Jim Newcomer and myself did with Stephanie Potter of KBOO is here – http://kboo.fm/node/30523