« The emergence of regional Transition? A fascinating day in Lille
New paper identifies the networking impact of Transition Network in the community energy field »

You think public transport today is bad? Check out this from 1672 … 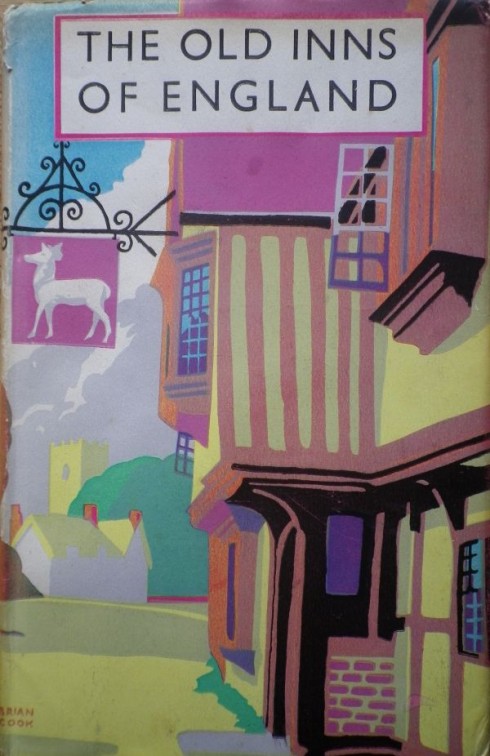 As regular readers may know, I am somewhat of a book-collector, and the amount of books in my house threatens the whole place with subsidence.  I am particularly infatuated with a series of books that Batsford produced in the 1930s and 40s which captured various aspects of life in the UK at the time, many of which are now lost, the ‘Country Life’ series.  I have a few of them, and they are an amazing combination of text, beautiful black and white plate photographs and exquisite line drawings, mostly of old buildings.

I picked one up in Totnes market the other day called ‘The Old Inns of England’, a celebration of inns, pubs and hotels, many of which no longer exist.  It contains, like the others in the series, some amazing line drawings by a Brian Cook, and exquisite photos, but it is also a fascinating read, about how hotels and inns evolved, and how they were focused around horse-drawn coach travel.  It tells of the grim journeys people had, the lice-laden beds that awaited them, even of the landlords who had deals going with local highwaymen, who they tipped off about any especially wealthy customers in return for a cut of the pickings when the highwayman later held them up. 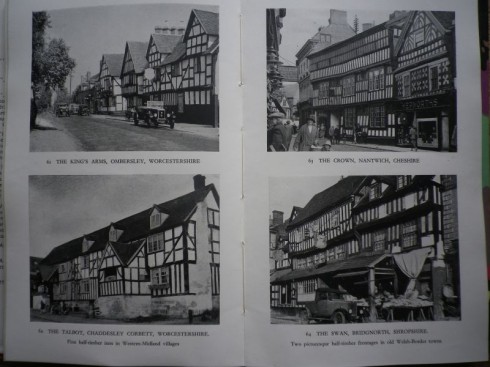 A selection of beautiful timber-framed inns and hotels…

I’m not planning to write a full review of it or anything here, but I did want to share with you one section that really made me laugh.  If you have, over the last few weeks, had an overcrowded train journey, or been delayed, or perhaps travelled on a coach that was late or somewhat uncomfortable, and got home and had a good grumble about it, I would suggest that you share a thought for John Cresset. 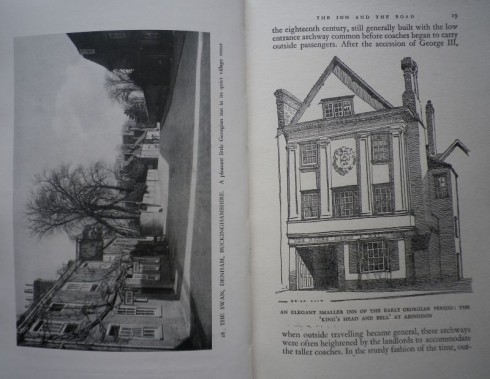 A sample of ‘Inns of Old England’, showing the photos and line drawings side-by-side.

In 1672, he wrote the following rant, tirade even, against the joys of travelling by horse-drawn coach.  It works best if you read it to yourself in a voice that grows increasingly angry and indignant as it goes along.  Think Victor Meldrew and you’ll just about have it.  Here he is:

“What advantage is it to Man’s health, to be called out of their Beds into these Coaches an hour before day in the morning, to be hurried in them from place to place, till one hour, two, or three within night; insomuch that, after sitting all day in the summertime stifled with heat, and choaked with dust; or the Wintertime, starving and freezing with cold, or choaked with filthy Fogs, they are often brought into their Inns by Torchlight, when it is too late to sit up and get a Supper; and next morning they are forced into the coach so early, that they can get no breakfast?

What addition is this to Mens Health or Business, to ride all day with strangers, oftentimes sick, ancient, diseased Persons, or young Children crying, to whose humours they are obliged to be subject … and many times crippled by the crowd of the Boxes and Bundles?  Is it for a Man’s Health to travel with tired Jades, to be laid fast in the foul Wayes, and forced to wade up to the Knees in more; afterwards to sit in the cold, till Teams of Horses can be sent to pull the Coach out?  Is it for their Health to travel in rotten Coaches, and to have their Tackle, or Perch, or Axletree broken, and then to wait three or four hours (sometimes half a day) to have them mended again, and then to travel all night to make good their Stage?

Is to to a Man’s pleasure, or advantagious to their Healths and Business, to travel with a mixt Company that he knows not how to converse with; to be affronted by the rudeness of a surly, dogged, cussing, ill-natured Coachman; necessitated to a Lodge, or Bait, at the worst Inns on the Road, where there is no accommodation fit for Gentlemen; and this merely because the Owners off the Inns, and the Coachmen, are agreed together to cheat the Guests?  … Is it for advantage of a Man’s Business, that though he have a concern of great weight or moment to transact upon the Road as he goes along, yet if it live but a stones cast out of the Coach-way the Coachman will not drive thither, nor stay for him at any place, except the Baiting or Lodging-Houses where he calls, where they change horses; and there stay no longer than pleases neither.

To be forced, whatever accident, or sickness, or illness happens, to ride these Coachmans Stages, though never so late in the night, or else to be left in the middle of a Journey in a strange place?  … Yet this hath been many Persons of good Qualities case; though they have offered to pay the whole Coach-hire, and all the Passengers charges, and to have put into an Inn; yet have been denied, forced to ride, though in peril of their life, till midnight.  And it is not hard to instance in many that have lost their lives by such usage”.

Wonderful.  So I’ll expect no grumbling next time your train is delayed having read that.  I’ll leave you with this photo, of a pub called The Beehive, in Grantham in Lincolnshire, that was famous for its ‘living sign’, which included an actual beehive with actual bees in it!  How’s that for a neat bit of permaculture design and urban agriculture?  The book neglects to say whether they also made their own mead from it for sale at the bar. 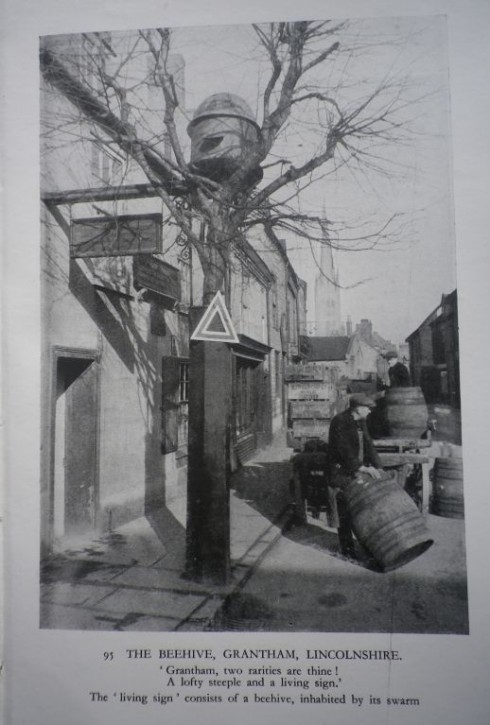 Wikipedia says the hive is still there (although the pic shows that the hive design has moved on with the times….):

The Beehive
The pub sign of The Beehive, at 10 Castlegate.

The Beehive public house in Grantham sports a real bee hive as its pub sign. The hive is located in a tree that grows directly in front of the pub. Beneath the hive is a plaque, bearing the following poem:[5]

Stop Traveller! This wondrous sign explore
And say, when thou has viewed it o’er,
Grantham, now two rarities are thine:
A lofty steeple and a living sign.[5]

The “lofty steeple” is that of the parish church of St Wulfram, which is only a few hundred metres from the pub.[5]

I think the random capitalisations really add to it.

Ah, love those Batsford Books and have quite a few – highly recommend Herbert Eldin’s Forestry and Woodland Life : http://www.amazon.co.uk/Forestry-Woodland-Life-Herbert-Edlin/dp/B0007J0W9S with wonderful B&W pictures of woodland and forestry work in the 40s. And I really like reading HJ Massingham’s stuff, he has an easy writing style… there’s a long blog post in there about social credit, distributionism, religion, the right… the left, rural revivalists and the ‘tradition’ that Transition is arguably a part of and that connects it to a deep history of social movements and ideas around sufficiency, mutualism of one sort or another and responses to real or perceived social, economic and environmental crisis…

I know a lot of this from reading fiction,most of it not memorable but the details were right. The lice, the highwaymen, the heat, cold, strangers, interminable rides,no food…Of course it’s different to have an actual account and the affronted tone–like a cat with its back up- is delicious.I’m sure we’ll hear a lot of this in the near future when our Most Important Persons will not have the comforts they expect.

The excerpt is indeed wonderful. It’s good to be reminded from time to time that there is such a thing as progress! And that returning to old ways – like real ale – is progress. Is it a contradiction though that a lot of progress is driven by our desire for comfort, and that it uses energy to be comfortable?

If we manage public transport with good management then it will not bad and most of the people are looking in low class so we need to change this scenario.