« More Transition Stirrings: the early days of Transition in Flanders
Weaving the Magic Number, 350, into Transition »

How’s about this for a sign of the times? 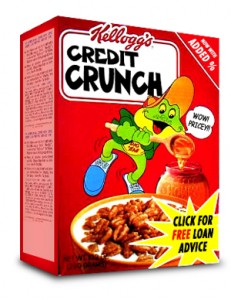 US national debt clock runs out of digits. From NDTVProfit.

Thursday, October 09, 2008. Thanks to Tom Barnett for sending me this…

Such is the surge in America’s debt that even technology is finding it difficult to measure its level as a clock earmarked for keeping a tab on country’s national debt has run out of digits! The operator of the National Debt Clock, installed at Times Square in New York, has now dropped the dollar sign in the total figure to accommodate a ten trillion dollar figure. A replacement for the clock with two additional digits that would be able to account for up to quadrillion dollars of debt is expected only by the next year. The existing clock can accommodate up to 9,999,999,999,999 dollars (just one dollar short of $ 10-trillion) of debt with a dollar sign ($) preceding it, but the clock has started showing the figure without the dollar sign after the debt level recently reached the 10-trillion dollar level.

I think they need the New Dollar (like the New Shekel).

Then they can drop a whole lotta zeros and still look good.

Want to see something really frightening? Go to http://en.wikipedia.org/wiki/List_of_countries_by_external_debt and see who is number 2 on external national debt and look at debt per capita. Then look at Liechtenstein.

IT’s well out of date though.

See the entry for Iceland.

Yes, Mary, you’re right. The date on the Iceland figure is 2002: hardly accurate now. The date on the UK one is June 2007, and I guess the figure of $189,855 external debt per capita hasn’t gone down much since then. If the people we owe this money to come knocking on the door, I don’t think they will be satisfied with a few veggies from the garden.

Andy, interesting table there on Wikipedia. Correct me if I’m wrong, but wasn’t Gordon telling us he had reduced, and even almost eliminated, our National Debt while Tony was still in charge?
Surely then he was lying through his back teeth (root canal included). What on earth must his basis of comparison have been?
Shows just how much we have been deceived and how we continue to be deceived by a government that does not want to be wrested from power, but that is totally unsuitable to take us into the future. And Gordon’s at it again; the architect of all the problems we are facing at the moment stands up and tells us he is the man to lead us through this “crisis” whilst taking £billions of our money to bail out private business just because he couldn’t be bothered to keep his eye on the banks in the first place and palmed it all off on to the ‘mickey-mouse’ watchdog that is the FSA.

Sorry, I’m ranting too much.

I always ‘enjoy’ this one – current account balances of every country in the world, from the CIA World Factbook: http://tinyurl.com/2ysmjk

I send it to those who still believe the US is the richest country in the world. Again, pre-crunch figures tho..