A little bit late, but better late than never; this conference took place on October 11th. ‘The End of Oil’ was the UK’s peak oil conference for 2005, and was held at the Insurance Hall in London. If you click here you can hear all of the talks in mp3. and can also download some of the presentations.

I travelled up on the train and was very hospitably accommodated by James Howard of the wonderful PowerSwitch website. The chairman for the event was Dr Ian Gibson. **Michael Meacher** was the first speaker, a mixed bag really, some good points and some bad. I was really looking forward to this, after all, here is the only UK politician to stick his neck out and suggest that the Bush administration were actually behind 9/11 and that peak oil is a reality. In the one breath he said peak oil is a reality requiring profound structural change, on the other that the solution is a ‘bridge’ economy of hydrogen fuelled by natural gas. He also seemed quite keen on ‘clean coal’ – isn’t that a contradiction in terms? His talk was impressive in that here was a member of the Government talking about peak oil and acknowledging the problem, but his ‘solutions’ seemed a bit off the mark, and rather naive.

**Chris Skrebowski** was one speaker I had really been looking forward to seeing. His talk ‘Connecting the Dots’ looked at his method for calculating peak, which is different from Colin Campbell’s but comes to more or less the same results. He looks at how much demand is expected to rise in coming years, and then calculates how much new production is coming on stream, something easy to find out, as it takes quite a lead in to develop new oil field, so that information is all in the public arena. He concludes that peak will occur between 2007-2008, stating “we have around 30 months left”. We are already at full capacity he said, there is no longer any slack in the system. I enjoyed Chris’s presentation, it was very informative.

The next speaker, **Keith Tovey**, from Carbon Reduction (CRed) looked at what our renewable options might be in coming years. He set out clearly the pluses and minuses of the different technologies at our disposal. The answer as he sees it is localised energy grids, based around communities. He also gave no room for complacency about the scale of the challenge, and the need for a sweeping programme of conservation.

**Andrew Simms** from New Economics Foundation was someone I was really looking forward to, but he wasn’t quite as good as I was expecting. He spoke about material from his latest book “Ecological Debt” (which is excellent), only briefly touching on how it linked to peak oil. He spoke about ‘developing’ nations, and how the costs of climate change and peak oil are ‘dumped’ on them. The higher oil prices arising from peak oil will affect the poorer nations more severely, and that is where we should be directing support and help. His concluding quote was “it’s no good to say you’re doing your best, you have to do what’s necessary”. He spoke with no Powerpoint which I always admire.

My favourite was **Tim Lang**. He spoke about food, in a very passionate and well informed way. You can download his PowerPoint here. He spoke about how peak oil would affect our food. He spoke of the need to create a new culture of food, that food is a cultural issue, and the change needed is that deep. He said that there is no Plan B for food in the UK, and that we desperately need one, at the moment the Government’s food policy amounts to ‘leave it to Tescos’. He feels that oil is only one of the converging crises relating to our food. The ‘supermarketisation’ of food is severe now, leading to huge vulnerability. He said that in the area of food, class is now back with avengence. We have created a food underclass, which he illustrated with some graphic graphs showing percentages of fat and sugar in diets across the social classes. The UK spends £7 bn treating obesity and £11 bn treating heart disease, food policy needs to catch up with the realities. The image that stuck in my mind from Tim’s presentation was of David Beckham advertising Pepsi, a sportsman who is the hero of a nation (well, on a good day anyway) advertising one of the major causes of obesity. 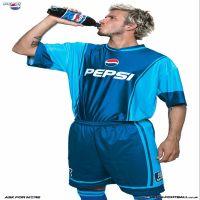 **Richard Douthwaite** was the last speaker, who spoke of peak oil as the opportunity to create the world that we have all been campaigning for for years. It signals the end of the growth paradigm, can we now finally say “we’re rich enough now thanks, we’ll ease up a bit”. He quoted Ted Trainer saying ” a market economy is an arrangement where when things get scarce only the rich get to have them”. He advocated energy rationing and Contraction and Convergence, and concluded by saying “there is no crisis, it’s a wonderful opportunity”. It was a good note to finish the speakers on.

After lunch there were various 2 hour workshops, one on energy, one on transport, one on economics and one on food. I went to the food one, and it was a bit disappointing. It was not very well facilitated, just a room with 70 people squeezed in in rows, talking about food for 2 hours. It would have worked well as an Open Space dialogue, breaking down into smaller groups, the facilitation (or lack of it) meant that it was very frustrating and a real missed opportunity. Then, when that finished it turned out it was time to go home! No closing session or plenary, that was it! That felt really disappointing, a real anticlimax.

It felt to me like such a missed opportunity, 300 people (the event had sold out) from all over the UK interested in peak oil, and there was no help in networking at all. There must have been all kinds of fascinating people there I’d love to have met, but it wasn’t designed to encourage that at all. Also, it felt like most people there already knew about peak oil and didn’t need convincing, more to come together and share what they are up to. When you see how the Cultivate Centre in Dublin facilitate their big events, this one really could have learnt a lot from them.

The thing that was amazing was how many people there had heard about the Kinsale plan and were raving about it. It seemed like people were really excited about it, and saw it as a way forward. I met quite a few people who were already talking about it with other people when I joined their conversations. It felt to me like people are really ready to move on from the problem to the solution. Afterwards I went for a drink with various permaculture folks including Maddy and Tim Harland of Permaculture Magazine and Andy Goldring from the Permaculture Association. It was good to reconnect with them after so long in Ireland.

Walking the streets of London after a peak oil conference is an interesting experience. Try and imagine it with only half or a quarter of the oil. Not a pretty sight. Never mind ‘The End of Suburbia’, I think actually a permaculturally retrofitted suburbia, as put forward by David Holmgren here, is far preferable to the City of London. The consumerism and the meaningless work is in for quite a shake up, and I say that with no sense of glee at all. It has the feel of the last days of the Roman Empire. The day was very thought provoking, and although the day itself could, with a bit of good facilitation, have been so much more, the whole trip was very enjoyable and informative.