Peak Oil on Newsnight – A Review

In case you missed it, this is really worth watching. Peak Oil on **Newsnight**, 40 of the programme’s 50 minutes dedicated to it. It only stayed on the BBC website for a day, but luckily, Global Public Media copied it and you can watch it there. It was mostly excellent, and brought the peak oil concept before a UK mainstream audience for, I think (not having a telly myself I’m not the best person to ask…) the first time.

The choice of guests was odd. James Kunstler was there, and Tom Burke of Imperial College London was good, but who was Richard D. North of the Institute of Economic Affairs in London? He seemed to contribute nothing of value to the debate other than sharing his groundless optimism for the future. Sonia Shah, who I would have liked to heard more from, barely got a word in, Prof. Paul Ormerod, author of *Why Most Things Fail*, a book I had been planning to read, put me off doing so all together, and Prof. Felipe Fernandez-Armesto, author of Ideas that Changed the World was not bad, but didn’t have a great deal to say. Why no Colin Campbell, Chris Skrebowski or Michael Meacher? It seemed an odd choice of people to me.

Jeremy Paxman was very good, he really seemed to have done his homework, and it came across as an issue he was genuinely interested in. The reports were quite good, some great graphics to show the scale of the challenge, although the first guy’s figures for the total world recoverable oil was a very optimistic one, 3 trillion and something barrels. No debate was offered about other estimates, that was just put in as fact. He then said we have already used 1 trillion, which, by my estimates, makes peak way off. Giving such a big figure really then undermines what he goes on to say about the urgency of peak oil. 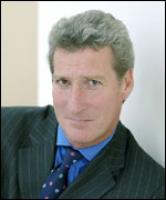 It was very impressive to see the issue handled in a mature and intelligent manner, and presented so clearly. Through the whole proceedings, Kunstler was shown Big Brother-like on the big screen on the wall, live from New York, looking down, God-like on the proceedings from above. Due to the slight sound delay via. satellite, he was unable to leap into the debate, which did rather degenerate into rather pointless name calling and irrelevant cul-de-sacs. He seemed a bit bewildered by the quality of the debate, and could have been invited to say more than he did.

All in all it was great viewing, seeing Jeremy Paxman asking a ‘learned’ panel for their visions of life beyond oil! If a year ago you had told me that that would be on the TV I wouldn’t have believed you, but there it was. Of course most of the panel apart from Kunstler had nothing much to say about that, apart from the ridiculous Richard D. North who said he felt ‘optimistic’ about the future without offering any grounds for such optimism. Kunstler also kicked some of the panel’s optimism about hydrogen into touch, a subject you can hear more about at another GPM interview here. Do take the time to watch it, it felt like a historic occasion to me, and a great Christmas present for us postpetroleumologists from the BBC.