Let’s hear it for the nitrogen fixers. At present, nitrogen fertilisers are made from natural gas, and hence clearly won’t be able to continue for too much longer, yet nitrogen is a key ‘ingredient’ for healthy plant growth. Of course there is the fact that the average adult puts out roughly the same amount of nitrogen in their urine as it takes to grow their food, but that is an area for a later posting, and this is a bit early in the morning to be discussing urine separating toilets.

The use of nitrogen fixing plants is a very useful way of introducing this precious element into soils naturally. Nitrogen fixing plants range from small things such as peas and clover, to shrubs like broom and *Eleagnus* and trees like acacia and all the alders. You can read about how trees fix nitrogen here and here. They are an essential part of any planting design, adding greatly to productivity and resilience. The Agroforestry Research Trust have produced a comprehensive book on nitrogen fixers, Nitrogen-fixing Plants for Temperate Climates.

The Common Alder (*Alnus glutinosa*) is a much maligned and undervalued tree in the UK. It grows wild along rivers and streams, and used to be the backbone of the clog industry around Lancashire. Its North American cousin, the Red Alder(*Alnus rubra*) (and I welcome the opportunity to trigger a natives vs. exotics debate here….) has huge potential as a timber crop here, and should be much more widely planted. Not one of the larger trees, it can grow up to 30m, but rarely does. It the Northern US it was for a long time regarded as a weed, due to its ability to rapidly recolonise bare ground after clearcuts or fires.

Indeed so loathed was it that a vigorous campaign to eradicate it was launched, with herbicide spraying, particularly in Oregon and Washington states, being widespread. This led to claims of birth defects and other health problems which were linked to the spraying, and resulted in many lawsuits. As time passed, people came to appreciate red alder, particularly its timber. It has now become one of the most important hardwoods used in the US in cabinet and furniture making. Its timber is one of the most durable and attractive harwoods, made especially attractive due to its short rotation, only 35-40 years. It is also used to make veneers. The original Fender Stratocaster was made from it, but Jonathan Richman and the Modern Lovers’ classic song about the Stratocaster fails to name check the tree (unsurprisingly really). 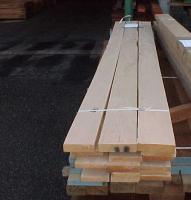 The tree is relatively short lived, maturing at 60-70 years, and rarely living beyond 100. As well as being an exceptional timber tree, it also has medicinal uses. It’s sap can also be tapped, like maple’s, and a red dye can be obtained from its bark. It is a great shelterbelt tree, growing extremely fast and being very wind resistant. It can be used to make a very good quality charcoal. Its posts are durable under water, indeed the city of Venice is built on poles of alder, although admittedly not the red variety.

As a nitrogen fixer it is especially useful. In pure stands, red alder will fix 100-200kg of nitrogen per hectare. It also has the ability, unlike other nitrogen fixers like the legumes, to continue fixing nitrogen indefinitely, rather than when it reaches a particular level. It’s leaf litter is a good boost of nitrogen too, hence its rapid success colonising degraded land. You can scatter it through other plantings as a nursery crop and as a nitrogen fixer, and then coppice it when the other trees are established. If you plant it, avoid very poorly drained land, land which is very frost prone or prone to drought. Its ideal is moist ground. I have planted common alder as a windbreak and been amazed at how fast it has grown.

Red alder brings to mind the story about the period in Cuba just after the Soviet Union collapsed and Cuba’s oil supply vanished overnight. Experts in organic farming and permaculture, who until that point had been considered somewhat lunatic and way out, were brought into the mainstream of decision making and now Cuban agriculture is something like 80% organic and permaculture principles are widely used. The lessons of Cuba are covered very well in Cuba-Life After Oil and in the forthcoming film The Power of Community, both produced by Community Solution in the US. As we enter the time of Energy Descent, we will have to look at the resurces we have around us in new ways. In the same way that Red Alder went from being an ‘enemy of the people’ worthy of chemical obliteration to the staple of the furniture industry and an essential part of the economy, we will come to view other resources, both physical things and our own skills and inner resources, quite differently than we do at present. In this sense, Red Alder offers us hope that ultimately, common sense will prevail.

[…] have been wanting to thin this Red Alder patch, but we haven’t been able to get to it because of the  blackberries.  By doing it at […]