Top Five Trees for Life Beyond Oil – #4 – The Apple 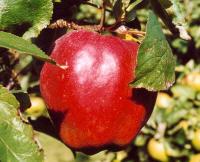 There’s nothing I can write that will convey the sense of loss of England’s (and Wales, Scotland and Ireland’s) apple heritage any better than a recent piece **George Monbiot** wrote for the Guardian. In fact, before you proceed any further with this post, read his piece, ‘Fallen Fruit’. It is a deeply moving and passionate testament to the wonder of what we had and the tragedy of what we have lost. …….. . OK. Have you read it? I’ll continue. A website called Ronnie Appleseed has a visual directory of some of the unusual varieties Monbiot discusses. We took to pieces an agriculture and a collection of knowledge and plant varieties that had been patiently adapted to soils and microclimates, even to particular valleys, over centuries, millenia, and threw it out like rubbish.

Now, as the end of the Age of Cheap Oil approaches, we find ourselves scrabbling about looking for the bits again, with no memory of how to reassemble them and with so many pieces missing. Apples have been at the heart of my culture for as long as anyone can remember, and now we have become a nation of people who eat tasteless apples from New Zealand and France while our own precious remnant orchards, more precious than any museum, are abandoned or destroyed.

The first cultivated apples were bred in the Middle East about 4000 years ago, and arrived in the UK with the Normans in 1066. The oldest known apple varieties in the UK, Old English and Costard, date from around that time. The first large scale orchards were established by King Henry VIII, in Kent. Apples became widespread, and many plant breeders dedicated themselves to breeding new varieties. One report from around that time describes Norwich as “either a city in an orchard or an orchard in a city”, which sounds like just about the best description any city could ever wish for. The Victorians could discuss the subtleties of different apple varieties with the same poetic fervour that wine writers discuss different wines nowadays, indeed Patrick Whitefield writes that “the apple store was often as prestigious a part of a great country house as the wine cellar”. So varied are the storing properties of apple varieties that it was possible to have fresh apples up to 10 months of the year, one variety Deux Ans, being capable of being stored for up to 2 years (as the name suggests…). 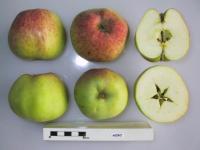 Nowadays the UK spends £320m per year on apples, of which only 30-35% are grown in the UK, and of those only a small fraction are organic. Tasteless apples are flown in from all over the world, while derelict orchards remain ignored and apples rot on the ground. The jewel in the UKs crown, and a resource more precious than any museum is Brogdale, home of the National Fruit Collection. They have over 2,300 apple varieties, 550 pears, 350 plum and 220 cherry varieties. They sell some of these trees on in their nursery, so if you are buying apples do support them. They also do guided tours and courses. Another interesting place to get apples from is the Cool Temperate Nursery, run by Phil Corbett, who have been successfully experimenting with growing apple trees on their own roots rather than grafted rootstocks like most apple trees available on the market. You should also check out the varieties available from the Agroforestry Research Trust, who have a wide range of varieties.

You can grow apples in most places, you just have to choose your rootstock and variety carefully. The rootstock determines how large or small the tree will grow, some of the very dwarfing stocks, like ballerina, are really tiny, and will grow in the smallest back garden. To fruit well, all apples will need shelter, at least some sun (a minimum of half the day in full sunshine), the sun being more important for dessert apples than cookers. Their ideal soil is at least 60cm of well-drained, fertile and friable loam. In smaller gardens they can be grown against walls and fences as cordons, fans or espaliers, great ways to make use of vertical spaces.

When choosing varieties, ask around to find out what your local varieties are. While many of the more unusual varieties may be less reliable or abundant than some of the more widely available varieties, it is important to make some room at least in your plantings for heritage varieties. I never had a great deal of luck with growing apples in West Cork, they always seemed to get canker, and however hot I was at cutting it out it always came back. My sense was that they like very well drained soil, and anything where their feet stay at all wet they get sick. I imagine it was just a case really of finding the right varieties. About 4 years before we arrived at The Hollies a large orchard in the garden had been chopped up for firewood. I still wonder about what varieties were lost there, that were perfectly suited to that piece of land.

Bill Mollison (the co-founder of permaculture) says in the film Grave Danger of Falling Food, “if we lose the Universities we lose nothing, if we lose the forests we lose everything”. I would add orchards to this. One of the most moving books on orchards and the culture, history, folklore and landscape heritage that went with them is The Common Ground Book of Orchards, which if you find yourself even slightly moved by any of the above you really should get your hands on. It is a stunning record of one of the most precious gifts our forefathers left us. Perhaps a new definition of sustainable development should be *”development that meets the needs of the present without reducing the amount of apple varieties available and therefore constantly increases the ability of future generations to experience a wonderful cornucopia of apple varieities”*. Or something.

Irish seed savers have many old varieties of apple,
even some that were thought extinct as far as I know. They have a nursery and graft these varieties to keep them around for future generations. The trees can are for sale in the autumn. Well worth a look !