« Reflections on Six Years of Relieving Oneself into a Bucket.
New Permaculture Activist focuses on Peak Oil »

Mulching Your Next of Kin 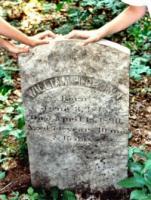 I’m rather bewildered by this and therefore don’t feel especially able to offer an intelligent comment (what’s new I hear you cry), but I thought I should draw your attention to it anyway. Our options for disposing of our dead are either burial (running out of space) or burning. It uses a staggering amount of fossil fuel to cremate a body. Wikipedia reports that you could drive 4,800 miles on the energy equivalent of the energy used to cremate one body. Crematories also release between 0.8 and 5.9 grams of mercury (from amalgam tooth fillings), as each body is burned. There is a growing green burial movement, using biodegradable coffins and planting trees on top of bodies and so on which is wonderful, but you might also like to consider a new process called Promession.

Promession basically sets out to convert the human body into a form that can be mulched. They actually use the word mulch in their literature, so all we permaculturists who have joked for years that we would like to be mulched upon our demise can now actually do it. The Promessa Foundation who are behind this explain the process thus (see also illustration right, in Spanish for no obvious reason, but you get the general idea – click to enlarge);

>An important part of the solution is to remove that which is least important; the water that makes up 70 percent of a normal-sized body. Technically speaking, this is done using an entirely closed individual process in which the corpse is freeze-dried in liquid nitrogen. This makes the body very brittle, and vibration of specific amplitude transforms it into an organic powder that is then introduced into a vacuum chamber where the water is evaporated away.

>The now dry powder then passes through a metal separator where any surgical spare parts and mercury are removed. In a similar way, the powder can be disinfected if required. The remains are now ready to be laid in a biodegradable (mulch able) coffin. There is no hurry with the burial itself. The organic powder, which is hygienic and odourless, does not decompose when kept dry. The burial takes place in a shallow grave in living soil that turns the coffin and its contents into compost in about 6-12 months time. In conjunction with the burial and in accordance with the wishes of the deceased or next of kin, a bush or tree can be planted above the coffin. The compost formed can then be taken up by the plant, which can instil greater insight in and respect for the ecological cycle, of which every living thing is a part. The plant stands as a symbol of the person, and we understand where the body went.

I have yet to come across any energy evaluations that compare the energy requirements to ‘promess’ (would that be the verb?) someone as opposed to cremating them. The first facility is up and running in Sweden since 2001. The Promessa Foundation offer franchises for anyone wanting to set up such a facility. 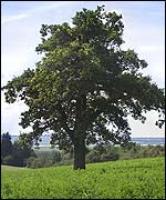 They state that “since the remains do not cause any impact on the environment, this should also lift restrictions making it possible to place gravesites freely; in the home, on family property or other places with emotional ties to the deceased and next of kin”. I still have a mental picture of my eventual remains being interred in some south facing meadow somewhere with a highly productive strain of walnut hand selected by Martin Crawford of the Agroforestry Research Trust planted on top. But then, perhaps, if there was a local promession facility, I could be reduced to mulch, and sprinked round the tomato bushes. Not a bad way to go either…

While we are on the subject of human decay and decomposition, I cant resist mentioning another possible method of eco-post mortum “disposal” which was presented at the International Permaculture Convergence in Croatia last summer on the last night at the cabaret- “Body Grow-bags”. These would be available after the deceased had need of them to act as a source of nutrients for
tomatoes, cabbages and beans which would grow from various differnet orafaces… The originator of this idea- a Permaculturalist Hotelier from London- had some particularly interesting ideas for edible fungii production using this method.
I wont go into more details on what is after all a family blog site, but Bill Mollison loved the idea. Perhaps we will be seeing the future publication of “The Body Grow-Bag Handbook”.

How much energy is expended when the body is frozen in a bath of liquid nitrogen? Somebody is talking through their hat here.

What you’re describing is composting, not mulching. Note that the original document uses “compost” rather than mulch. Mulch is different from compost. It is “A protective covering, usually of organic matter such as leaves, straw, or peat, placed around plants to prevent the evaporation of moisture, the freezing of roots, and the growth of weeds.” [Answers.com]

The page that I read on their site, which is the one that the article on TransitionCulture links to says,

“Promession is a way of taking care of human remains with highest dignity in order to make mulching possible”.

“Through Promession it is possible to mulch the organic remains in order for it to become healthy soil that is a pre-request for new life”.

I agree that mulching is a strange choice of term, and that compost would be better, but I was just quoting from the source. ‘Mulch’ is a word particularly enjoyed by permaculturists, not sure why, just kind of rolls of the tongue… indeed I have twice performed in an occasional musical ensemble called ‘Mulch’.

As stated by Skeptic “Somebody is talking through their hat here.” – This is simply not true, the process, yes uses liquid nitrogen, but the energy creating liquid Nitrogen does outweigh the … how would it be said any other way … negative implications of traditional burial and cremation.

In most cases cemeteries are competing for land with other vital functions of the city (like housing). A typical grave is 0,750m wide by 2,0m long (2ft 6in wide by 6ft 6in long), with circulation space this equates to about 3,5 square metres (54 square feet), now consider the population of the city you live in – that’s is a ‘hell-of-a-lot-of’ space for the dead (and not being used).

Cremation belches out massive amounts of carbon dioxide (very bad green house gas for those of you who don’t know). It also, in most cases, uses coal (non renewable resource).

So … all in all, Promession is an eco-friendly and space saving alternative that promotes a green environment (trees filter the nasty carbon dioxide released by your car, your house and your company – especially considering electricity consumption), so the more trees you have, the healthier the environment.

Nice info. Just a note: “Next of kin” refers to the closest *living* relative, not the deceased.