« Skilling Up for Powerdown – a Day in Dublin
Transition Culture Presents the UK Premiere of ‘The Power of Community’. » 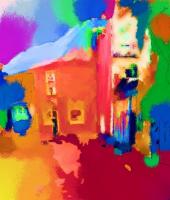 Things are moving ahead in Kinsale, some wonderful initiatives popping up. Louise of Transition Design has organised a seminar by Brian Wellar from Willits in California called **”How to move towards an Economically Localised Community”**. The event will take place on Saturday, 6th May 2006 at the Temperance Hall in Kinsale from 8:45am for 9am start, through to 5pm. It will be a wonderful opportunity to learn about the amazing work being done in Willits, one of the most advanced localisation projects in the world, and how their experience can help to deepen the work underway in Kinsale.

The following is from Transition Design’s press release…

Brian Weller, a co-founder of WELL (Willits Economic Localisation see below for more details) will share how Willits, a small town in Northern California, USA, is preparing its community for energy independence in the face of the inevitable Peak Oil realities. Key areas to be explored during this seminar include:

• How the grass roots’ emerging “adhocracy” has grown in Willits and the North West Coast of California.
• The Building blocks to create Economic Localisation, including how to enrol whole communities.
• The Models, Processes and Toolkit of the Willits’ 18 month journey toward Economic Localisation.
• Inspiring Kinsale in a commensurate effort.
• This seminar will include a PowerPoint presentation and a series of interactive sessions complete with handouts for delegates to help them move forward in creating Economic Localisation in their communities.

Participants should bring pens, notebooks and a packed lunch. Please note: Places restricted to 30 – with priority given to Kinsale residents and those engaged in starting up similar projects in their own communities. It will cost €35 per person (cash only please. Booking Essential! Contact: Louise Rooney, phone 021-4700405 or email louiserooney@hotmail.com

Birthed from the Fuelling the Future Conference on Peak Oil in June 2005, and the Kinsale Energy Descent Action Plan, Transition Design is the not-for-profit company behind the ‘Transition Town’ initiative. ‘Transition Town’ is the name given to a town which is working towards moving from fossil fuel dependency to a state of energy independence in light of Peak Oil and Climate Change. Transition Design has been working full-time, voluntarily, since last September on this process. Our successes to date include:

1. Kinsale Town Council unanimously passed a motion tabled by Deputy Mayor, Councillor Fred Treacy, on 5th December 2005, to support Transition Design in its endeavours to move Kinsale from fossil fuel dependency to energy independence. This was the first time a town council in Ireland has made such a landmark decision.

2. On 3rd April Kinsale Town Council awarded €5,000 to Transition Design to raise awareness levels on energy issues in the town of Kinsale.

3. Grian, Ireland’s Climate Change agency, which normally operates at E.U and U.N level, has decided to collaborate with Transition Design to establish Kinsale as an Urban Sustainability Model. Transition Design and Grian made a presentation to the Environment Strategic Policy Committee of Cork County Council on 10th April which was very well received, with funding pending.

4. One of the first projects to be launched by Transition Design will be a Community Garden for Kinsale. We have been short listed for funding by Conservation Volunteers Ireland. The students of Kinsale Further Education College, under the guidance of Graham Strouts, have developed very exciting plans for this project which will be presented to the Town Council on the 3rd May.

5. The Hollies Centre for Practical Sustainability has teamed up with Transition Design since February to bring a Sustainability Module to national schools in West Cork. Issues covered include peak oil, energy auditing, local skills assessment plus demonstration of renewable technologies. The children have been incredibly open to this and much fun to work with.

6. Transition Design draws inspiration and guidance from the successes to date in Sweden in moving from fossil fuel use, and is in consultation with Robertsfors, Sweden about the possibility of twinning Kinsale and Robertsfors as ‘twin-sustainable’ towns! (Only thing is they are much further down the line than Kinsale!) An educational trip to Sweden mid-May by Transition Design will yield more information for the process here in Kinsale.

7. Transition Design is in discussion with a local enterprise to install an experimental renewable energy heating system which will directly replace oil-fired central heating. If given the go-ahead, Kinsale will be home to this pilot project – the only of its kind in Ireland. The rest of the information, I’m afraid, is classified!!