« The Transition Declaration of Independence
Transition on CBS4Denver » 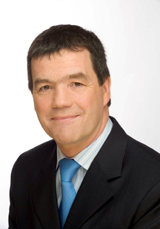 Placing a gigantic one-way bet against the planet
Cuba is an object lesson in a different way to tackle shortages and slumps while remaining independent, writes John Gibbons. From today’s Irish Times.

THOMAS LICCARDI could have been New York’s answer to Eddie Hobbs. An accountant by trade, and cautious to a fault, some years back he noticed one of his clients was earning 25 per cent on investments. “It sounded much too good to be true,” said Liccardi.

Although sceptical, he agreed to visit the financial wizard producing these returns. “He impressed me very much, and there were banks of computers and people all over the place,” said Liccardi. He invested – and promptly lost – his life savings, as Bernard Madoff’s elaborate Ponzi scheme unravelled with losses running into billions.

This is one tiny vignette in an unfolding financial crux whose magnitude and depth is still impossible to gauge. This crisis in turn is but one of “five tectonic stresses which are accumulating deep beneath the surfaces of our societies”, Thomas Homer-Dixon wrote in The Upside of Down, which was published three years ago, well ahead of the current crunch.

The other four are: population stresses; energy stress as peak oil approaches; environmental stresses from pollution and resource exhaustion; and climate stress from global warming.

In thrall to the dominant myths spun by economic theorists, “capitalist societies are locked into their own self-reverential, self-validating beliefs – a situation that makes them less flexible and more vulnerable to breakdown”, wrote Homer-Dixon.

In adopting high-growth globalisation, humanity has in effect placed a gigantic one-way bet against the planet. The tab for this financial psychosis runs into billions, but a more enduring legacy has been the prodigal spending down of natural capital which, had economists bothered to value it, would be tallied in trillions.

One country that chose an entirely different path 50 years ago is Cuba. As Tom McGurk mused on RTÉ radio yesterday, Fidel Castro’s revolution has survived long enough to see capitalism on its knees. For all its faults, Cuba has shown how a proud, egalitarian society with excellent education and healthcare can exist – in the absence of consumerism – despite a US trade embargo.

The Caribbean island idyll was almost wiped out by the collapse of its ally, the Soviet Union, in 1990, which wreaked havoc on the Cuban economy. As oil imports dried up, industry and agriculture ground to a halt, and food and electricity supplies faltered.

Facing the prospect of mass starvation, Cuba abandoned its highly mechanised monoculture and turned instead to market gardening and organic farming. Since food security was now a key national imperative, farming became a high-status occupation.

Cuban society suffered real hardships during this so-called Special Period, but it emerged more resilient and independent. Lack of fuel for private cars led to public health improvements, as a fitter, thinner population learned to get around on foot, bike and bus.

Pollution levels declined, and soil quality improved. Despite privations, life expectancy and infant mortality remained the best in the Americas, north or south.

The very complexity of these systems makes them vulnerable to cascading failures. The severe turbulence that has consumed the world’s highly integrated financial markets is a dramatic illustration of what is known as the butterfly effect, as seemingly minor events have enormous consequences.

Among bees, colony collapse disorder occurs when a set of stresses is applied to the complex social structure of the beehive. We too are swarming creatures, and subject to spasms – of exuberance, optimism, greed or panic – that sweep rapidly through our elaborate yet frail social networks.

In 2007, almost 20 million tonnes of goods were imported into Ireland via Dublin Port alone – almost twice the tonnage we exported. Our dependence on imported energy is almost total. How would we cope if, like Cuba, we were suddenly to find ourselves unable to import all these goods and were instead left sitting in the dark, with no electricity, mobile phones, running water or flushing toilets and with empty supermarket shelves?

Ireland does have an Office of Emergency Planning. Its anodyne handbook and mindset appear to be that any threats we encounter will be temporary and manageable.

There’s an old saying that civilisation is only three meals deep.

Food security is already a chimera for billions of people. “The salient fact about life in the decades ahead is that it will become increasingly and intensely local and smaller in scale,” said James Kunstler, author of The Long Emergency. Since this is inevitable, he suggests “the only intelligent course of action is to prepare for it”.

Kinsale in Co Cork is billed as Ireland’s first “transition town” and is part of a growing worldwide movement.

One of its advocates, Rob Hopkins, has written the Transition Handbook to help communities brace for energy descent by developing local resilience.

As Minister for Transport Noel Dempsey prepares to embark on the epic folly of taking 120 buses off the streets of Dublin, perhaps someone should send him a copy?

It’s such a short-sighted idea to take any buses off the roads.
Here in cork,they’ve just re-introduced double-decker buses
on some routes,and even now,at peak times,you’ll be lucky to get
on.I’ve often sat on the bus home,and it passes five or six stops,with loads more people waiting to get on,and the bus being full just passes by.Nows the time to increase spending on a proper public transport infrastructure,more buses,not less.Instead all i see are moaning reports on how badly the motor trade is doing.

One one hand, Joe seems right about it being “time to increase spending on a proper public transport infrastructure.” On the other hand, the right time for that, tragically, may have been a decade, or several decades, ago.

Add to buses: post offices, local shops, green space, allotments (London 2012) local healthcare, maternity services etc. Its maddening to see good local infrastructre dissapearing only a couple of years before it will become essential to local resilliance and in some cases survival. A new Beeching railway episode, if you like. What are we doing instead? Buidling Terminal 3. Although I doubt it will ever be started, thankfully.

I too live in Cork in Ireland and I am a frequent user of the public transport system. Only a few minutes ago I read an article in my local paper of how by mid-2009 Bus Eireann in Cork intend to have GPS systems on their buses so commuters can be informed by text message as to the exact location of the bus they are waiting for! How much does this system cost and why the hell are they spending the money on it if they are cutting back on the actual service? “ONE MESSAGE RECIEVED – THE BUS U R WAITING 4 DOES NOT EXIST.” I’ve just about given up watching the news because the antics of the Irish Government have become so absurd that, while I never had much faith in them to begin with, I now feel that we have no leadership at all in this country – ZERO! I very much agree with Rob’s argument in the Transition Handbook of how we should make transition initiatives electable for our politicians as this is the scale at which action needs to happen, but I really feel this vision or even the ability to understand the fundamental issues is quite beyond them. I’m sure many people in the UK must be feeling the same, given the recent decision by their government to give the go-ahead for the expansion of Heathrow.

At least our minister for energy, Eammon Ryan, is peak-oil aware and participated in the Fuelling the Future conference in Kinsale back in ’05.

He’s been able to implement a few tweaks since getting in, like removing planning restrictions on bio-digesters and windmills but being the junior party in government has made the Greens something bordering on the green figleaf for the political wing of the building industry, Fianna Fáil.

Don´t know how you´re doing up there in Ireland but these people in Cuba are living in complete MISERY, the so called exemplary health system is a scam, they do teach good med school, making sure students master the techniques of 40 years ago, and then when they go to the hospitals they cannot perform because there are no supplies, due to lack of money. Aaaand if you wanted to be a doctor but the State considers you´ll be better profited from as a farmer, you´ll be nowhere near a stetoscope. People are just resources allocated where 1 person with total control decides.
Inhabitants over there love their land and their cultures as anyone does, but they have been desperate to get out those abnormal limitations ever since they were violently imposed on them.
I don´t think that country should be a model to follow anyhow.

I went and looked into this a bit more,and it looks like they (dublin bus)are cutting out buses on routes which are severely underused.
Friends i spoke to in dublin said that there are loads of empty buses driving round all day,empty bus lanes alongside gridlocked traffic,and dublin bus are losing ten million euro a year.Of course,if all the people in all the cars in said gridlocked traffic could be persuaded to use the bus instead,neither problem should exist!
One of the problems here in ireland(And we have a few….)is that the car is still symbolic of our new found ‘wealth’,and it will take a lot of persuasion to get people to give them up.And that brings me back to my previous post,outside of a few major towns and cities,the public transport infrastructure to even allow people to give up the car is not in place,and is still a very long way off