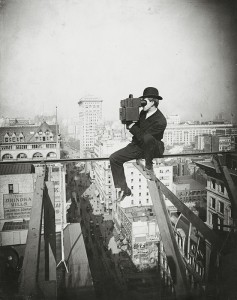 We’re now at the nail biting stage of the Transition film. We’ve done some filming…some footage has come in from places as far as Japan…but we haven’t started putting it all together yet. So it’s a bit leap of faith that it’s going to work. At this stage, I’m terrified there won’t be enough or the ‘right’ shots to make it work. I’m worried that the footage that’s coming in from all over the world is going to be unusable. But this is just a normal part of the creative documentary process…

Somehow, it always works out in the edit and that’s when the creativity is forced through necessity. Little accidents turn out to be genius. So as long as I get out of the way of myself, the film will find it’s soul’s purpose.

I have a rough idea of a storyline though it’s always good to keep that flexible in the edit. When we began, I imagined lots of visual action on projects and stories which kept us watching because we want to know how it all turns out. But this is not the film that is emerging.

So what’s the real story here? It’s a story of how Transition has come at the right time. It’s a story of the power of the energy of people. But it’s also a warning. Given that Transition is about sustainability. Transition itself needs to be sustainable. I won’t say anymore because I will spoil the plot!

As long as you do not leave out Carter’s “moral equivalent to war”, WWII victory gardens, and the basic principles of local self reliance, Depression Era ingenuity and the New Deal/WPA – the golden rule – and the premonitions present in the Back to the Land movement of the 60’s – yet, prominent throughout history in many other forms and notions.

We put a man on the moon and militarized a world. Certainly we can reskill and produce appropriate technology for the future.

There are so many other organizations, movements, philosophies that converge at this time, and come to us over a current period of about forty years or more, at about the time the first Environment Day was first established. There is wisdom and knowledge to be gleaned and catalogued everywhere as we face this massive conversion to a more sane and creative society.

One movie does not seem to be enough. We need a TV station or a dedicated streaming website where RSS feeds come in from transition sites all over the world – or some sort of organization is achieved using someplace like YouTube.

Is this site not pretty much that, the centre of a network? There are loads of other sites too which, it seems to me, share the concerns and focus of the Transition movement and attempt to collect all relevant info in one place. eg Global Public Media http://globalpublicmedia.com/ and Ethical Markets as maybe opposite ends of a spectrum http://www.ethicalmarkets.com/ The problem I find isn’t a lack of information, absorbing though that can be, it’s a difficulty in matching up the most significant information with my life! Sometimes I feel myself slipping into the trap of consumerism here, namely more is better! Anyway, whatever, here is a clip of MK Hubbert from 1976 explaining peak oil. http://www.youtube.com/watch?v=ImV1voi41YY Only 2 minutes long but the last few seconds in particular have a tingling significance I think – perhaps worthy of being edited into the movie?

Got this press release via email:

The Environment Agency and the South West Climate Change Impacts Partnership has teamed up with Animated Exeter to challenge film-makers to find innovative ways of conveying climate change adaptation through animation.

Film makers are being asked to construct a storyboard for a 2-3 minute animated film to show how climate change will affect the South West region and what people can do to adapt.

A £1,000 cash prize will be offered to the winning storyboard and should be put towards making the final film. The money could go towards paying professional film makers to complete the final film, or be used by production companies to finish the project.

The final film will be shown at next year’s Animated Exeter film festival.

‘We’re looking for a storyboard to show how people, places or wildlife in the region can adapt to climate change in a positive way. The storyboard does not have to be very long or complicated,’ said Alex Webb for the South West Climate Change Impacts Partnership.

‘We’re all going to face new challenges in how we live our lives as a result of climate change. It will also bring new opportunities for the region but we need to act now. We’re looking forward to seeing what people come up with.’

The deadline for entries will be Thursday, 30 April 2009 and the winner will be selected by a panel of judges from each of the organisations.

South West Climate Change Impacts Partnership (SWCCIP) is a regional partnership set up to advise on the impacts of climate change in South West England, and develop and promote sustainable adaptation.

Examples of short films about climate change in the South West can be found at the following YouTube link:

For more information on climate change or to discuss any ideas contact: