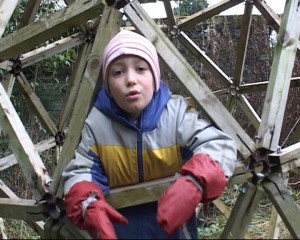 The film is in the final stages of the edit. A rough cut is complete and now it’s a case of fine cutting it so that it flows well and hits all the right notes. We need to make hard decisions about what works best and what goes into the extras. The Transition Network trustees will be the first to see the rough cut this week, to make sure it doesn’t misrepresent Transition and that it covers all it needs to cover. They will be able to see whether it does what they hoped it would, hopefully inspire and move people.  It will first be previewed publicly at the Transition Network conference, and we are hoping to arrange a simultaneous live online preview as well (more info on that to follow). 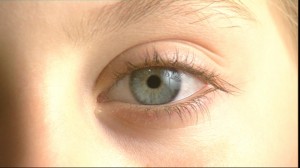 Local writer Caspar Walsh has helped script the drama element of it. And we’ve had actors in to bring it alive. The idea is that two elders are looking back from 2066 at when Transition began. The challenge will be to make it obvious to the audience that the younger person is the elder in 2006. The title of the film is still undecided, in spite of your many hundreds of suggestions! It’s simple to make up a title, but it takes a genius to make up a title that sounds simple!

When it’s all fine cut and the graphics have given it an identity we’ll need to focus on distributing it and getting it out there so lots of people can see it. That means DVD, internet and trying to repackage it for a broadcaster.  If anyone’s got any connections or suggestions for that side of things then please let us know. This is your film but it needs to reach others who are ready to take action.

Emma can you get in touch with me for the distribution in Italy. TIA.

Will the film be openly licensed so that is it free to share? I hope so because that would be fantastic! 🙂

I Remember Ought Six

(This sub-genius doesn’t know when to quit.)

Emma would love to organise distribution in Australia through Sustainable Maleny!

Our Transition Support Group for San Luis Obispo County, California, is giving an Transition Initiatives awareness presentation to congregations of the Central Coast Clergy and Laity for Justice interfaith group this Thursday, May 21. We will let people at this event know about the film, and make sure there are showings throughout our county. So exciting!

The Transition Network trustees will be the first to see the rough cut this week, to make sure it doesn’t misrepresent Transition and that it covers all it needs to cover.