« My TED Talk, now online
‘How We Used to Live’: bringing Transition and oral history together »

Spending Time with a Bevvy of Social Entrepreneurs: a Trip to Austria 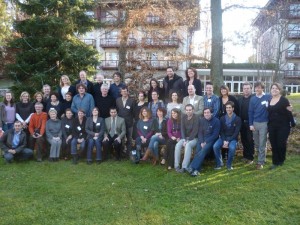 I spent the earlier part of this week in Austria at a meeting of European Ashoka Fellows and a fascinating couple of days it proved to be.  I travelled there by train, with an overnight sleeper from Paris to Munich on the way out, and a stop-over in Cologne on the way home, which was very enjoyable (albeit somewhat knackering).  So, in a nutshell, Ashoka is an international organisation that promotes the idea of social entrepreneurship, finding and supporting people around the world (there are over 2000 fellows internationally, the large majority in the developing world) with ideas that lead to change which is a new idea that can be scaled up (I became a Fellow in March).  The idea of the 2 days was to be an orientation for this year’s intake of Fellows. 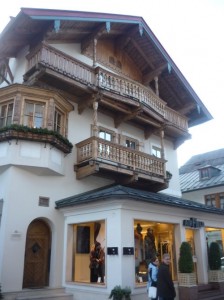 The meeting was in Kitzbühel in Austria, up in the Alps, a beautiful place, which in the skiing season must be absolutely heaving with people.  The houses are all those kind of Alpine cuckoo clock houses with overhanging wooden upstairs and big roofs.  The town itself is an odd mix of the centre of town, which is all the original buildings in that style, beautiful traditional buildings with great carvings and paintings on the walls, most of which are now restaurants, cafes and expensive designer clothes shops, and around the outskirts lots of new buildings, modern attempts to capture the same look with varying degrees of success. 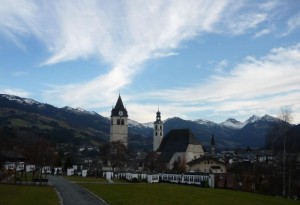 24 newly elected Ashoka Fellows had travelled from across Europe, from as far away as Israel, Spain, Norway and Ireland.  The idea was to bring us all together, to deepen our understanding of what Ashoka is and what it can do, share insights on common challenges, and share inspiration from each others’ work.  Our time together was very well facilitated, and I left amazed by this network of people doing such amazing stuff.  Here are just a few examples;

Katarzyna Batko-Toluc from Poland, who set up the ‘School of Watchdog’ which trains local people as ‘watchdogs’, in order to normalise the tendency of citizens asking for information from their government and engaging in public life… building a vocal and engaged public in a country which, after its Communist past, people still feel nervous about challenging.

Sylwia Chutnik also from Poland, who set up the MaMa Foundation, which works with mothers, in order to increase the participation of mothers in public life, as well as setting up Time Banks, and businesses which mothers can get involved with, and getting businesses and other institutions to shift their attitudes towards mothers.

Steve Collins, an amazing guy who is an expert on human nutrition who argues that nutrition is the basis of everything.  He sets up decentralised feeding centres and has produced ready to use theraputic foods, and has developed an approach called ‘community based theraputic care’.  He now operates in 3 countries, and his approach has been shown to reduce mortality fivefold.

Christian Hiss, an organic farmer, has set up a project which is about redefining what constitutes profit in the agricultural sector, arguing that soil health and the social impacts of farming are as important as yield.  He runs a shareholding company which buys farms where the farmer is retiring with no obvious successor, and rents them to new farmers.  His is a fascinating model for reviving local food production.

Mary Nally from Ireland taps into an underutilised demographic by creating active contributors from among the aging population.  As populations of older people grow, and many suffer from loneliness and isolation, Mary’s ‘Third Age Foundation’ engages them in various initiatives, a Senior Helpline, used by and run by older people, older people teaching English to refugees and immigrants, and she is now setting up operations in London and New York.

My roommate, Thorkil Sonne from Denmark, seeks to engage people with autism, another neglected group, by demonstrating that autistic people can not only function in the business world, but can thrive as specialists in certain types of work.  He offers them the opportunity for active, productive and fulfilling lives.  His own son was diagnosed as being autistic at the age of 4.  Thorkil developed a software company, Specialisterne, which sees autistic people as ‘specialists’ rather than ‘austistics.  His employees usually focus on repetitive testing assignments, and their fault rate in testing is 0.5%, compared with a typical 5% fault rate in other software testing companies.

Michael Stenger from Germany provides young refugees a chance for education and integration into German society while also changing negative public perceptions towards this disempowered group.  He founded the SchlaU-Schule in Munich, which focuses on refugees.  It has been very successful, 96% of its students graduating within 2 years (mainstream education needs 9 years).  He now plans to expand to 2 other cities.

Anders Wilhemson from Sweden deals with sanitation in poor and crowded urban areas in the poorest parts of the world he has developed a way to turn a problem into a solution.  He has developed bags called ‘Peepoople’, which are biodegradable and treated with urea, so people basically do their doings in a bag, these are collected, and biodegrade very quickly, and can be used to grow food in within weeks.  This creates potential social micro enterprises for people collecting the bags as fertiliser.  Interest in his system is growing rapidly. 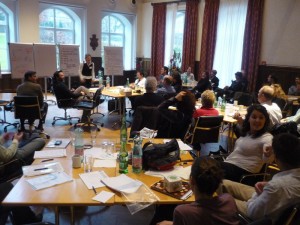 And that’s just a few of them!  Amazing bunch, and an honour to spend time around them all.  Discussions focused on things like how to scale up, work/life balance, funding and finances, and, most interestingly I thought, on measurement, how to measure success.  Great chats were held in the bar at the end of each day, and on the final evening, courtesy of a table football table found in the hotel, we were able to hold the much anticipated, thoroughly deserved but not actually happening rematch of the World Cup Play Off between Ireland and France.  Myself and Paul O’Hara of Ashoka Ireland played the Irish team, but unfortunately I have to report that we got thrashed 10-4.  Just as well table football people don’t have any hands, or the score could have been worse… 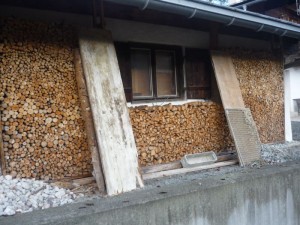 So, a very insightful couple of days, we were taken very good care of, in a beautiful place, and some great connections were made.  My final photo is one that regular readers of Transition Culture and fans of The Transition Handbook will enjoy (see right).  How’s that for a neatly stacked woodpile?!  Beautiful.

Tweets that mention Spending Time with a Bevvy of Social Entrepreneurs: a Trip to Austria » Transition Culture -- Topsy.com
25 Nov 8:13pm

[…] This post was mentioned on Twitter by Freie Mediale S., Medienstiftung FM . Medienstiftung FM said: Spending Time with a Bevvy of Social Entrepreneurs: a Trip to …: So, in a nutshell, Ashoka is an international organis http://url4.eu/pNXJ […]

Spending Time with a Bevvy of Social Entrepreneurs: a Trip to … | austriatoday
25 Nov 10:57pm

[…] the original here: Spending Time with a Bevvy of Social Entrepreneurs: a Trip to … Share and […]

LOL Rob, I think you mean a “bevy” in the headline. A bevvy is more of a thing you drink 🙂

Hi Kevin, you’re right of course, a ‘bevvy’ is what Liverpudlians go out for on a Saturday night… bevy it is then….

VERY jealous of the woodpile…