« Another Invasion of Our Mental Environment…. Volo.tv
An Inside View on the 2010 Transition Network conference, by Sophy Banks » 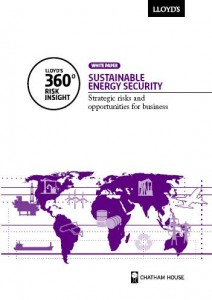 Amazing to think, but until last week, Transition Network has never actually produced even one single press release.  Such has been the level of media interest, that we had never proactively sought media coverage.  That all changed last week, when we produced our first press release in response to the Lloyds/Chatham House report about peak oil and climate change …  Thanks to Sasha for creating this, who knows, now we’ve got a feel for it, we might start banging them out every week!  Here’s the press release in full….

These are the challenges which the Transition Network has been addressing for the last four years, recognising that business-as-usual is no longer an option.

Rob Hopkins, founder of the Transition movement, comments: “We can only address challenges of this scale if all sectors of society respond urgently. This groundbreaking report highlights the importance of a collaborative response from active citizens, communities, and businesses. The rapidly growing Transition movement is already pioneering the changes that are required worldwide.

The insurance industry was one of the first to recognise the risks of climate change and is now demonstrating continuing insight by acknowledging the critical strategic implications of resource scarcity and in particular peak oil.”

The White Paper states that “businesses which prepare for and take advantage of the new energy reality will prosper” and continues “failure to do so could be catastrophic”. The report concludes “energy security is now inseparable from the transition to a low-carbon economy…”

The Transition Network’s approach brings innovative techniques for building resilience in the face of the global lack of energy security, and unlocking the potential of communities and organisations to prosper in uncertain times.

Transition Network recently formed a consulting division, Transition Training and Consulting (TTandC), specifically to help businesses, both private and public sector, to assess and reduce their energy and resource vulnerabilities.

TTandC is actively helping businesses and other organisations who wish to take on the challenges and opportunities that energy security represents. “It takes real vision and enterprise to move into unknown territory, and create the businesses of tomorrow today,” said Fiona Ward of TTandC.  “The implication of this report is that there will be winners and losers as energy scarcity bites. The businesses that are acting now will be much more likely to succeed.”

Hopkins added “This is the time for business to embrace the transition we all need to make.  Investment in renewable energy and ‘intelligent’ infrastructures is booming. This revolution presents huge opportunities for new business partnerships.

It’s our assertion that communities need to be a central player in this process. The growing number of Transition initiatives nationwide illustrates how individuals are already taking responsibility this, combined with the impetus this report will create, is hugely hopeful.”

If you haven’t produced a press release before… does this imply you have no communications strategy?

Would the T Network be happy for local groups to forward the press release (complete) on to local newspapers… or are they all covered already?
David Lyons
Transition Thame & District

Adding to David’s question… how far and wide did this, and will future releases, be circulated? The NZ Herald for example.

Hurrah! Fantastic! What a breakthrough. Well done, Sasha! does that mean a media strategy is on the way? … along with some well-placed celebrity endorsements? Just what we need, I reckon.

Here at Transition US we use a service called PR Log (www.prlog.org). It is free and seems to get the news into places like Google much faster. Food for thought! We started a practice of creating/issuing joint press releases with each new “official” TI and has been well received. It gets the folks thinking about their relationship with local media sources.

This press release went to mainstream UK media. We have recently developed a communications strategy for TTandC but there isn’t one for the Transition Network itself – basically it hasn’t been needed to date. Transition has spread far and wide under its own energy and we have not needed to proactively solicit help from the media in the UK, rather, they came knocking our door. But it could well be time to review this…

Why the shyness here? Let’s get it out, everywhere.

Impact (i.e. punching power of the copy/information) and follow-up are much more important than whether to send (or not).

Transition Network’s problem has never been “demand” – there’s always been more work and interest than we can satisfactorily deal with. Our problem has been more one of “supply”.

However, the release of the Lloyds of London / Chatham House report is something of a game-changer in my opinion. It’s a highly credible report that heralds significant insurance hikes for firms that aren’t taking these issues seriously. And in that sense, it’s a golden opportunity for a consulting service that will enable a company to demonstrate to Lloyds that it’s taking peak oil seriously and get a reduction on insurance premiums.

The other issue is competing time. Creating a press release is not a trivial task, and completes with tasks that have a pretty much guaranteed benefit: responding to requests for assistance with constituting an initiating group, sending out graphics for a flyer for an initiative, helping a national hub figure out its shape and processes, negotiating a deal with the PhoneCoop so that initiatives can raise some money for themselves, working with a brilliant cartoonist to reach out beyond the usual suspects… and those are the ones we actually get around to addressing.

All in all, unless it’s a really big deal, for me press releases come way down the priority list.

[…] Transition Network issued a press release for the first time this week. Is this the start of a Transition voice in the media? I’m […]