11 books to inform and inspire your Transition adventures

Every now and then I do a round-up of books you might find interesting, the ones that are accumulating by my bedside.  Haven’t done one for a while, so here are a few books that you might enjoy that I have found especially fascinating of recent.  I have also given the links to where you can buy them direct from the publisher, should you so wish.

I’d go so far as to say that this is the best book I have ever read on resilience.  After as good an explanation of the core idea as you’ll find anywhere, ‘Resilience’ goes on to look at what it looks like in relation to individuals, groups, communities, and society as a whole.  I found it fascinating, packed with insight from a range of fields and disciplines, and inspiring in the clarity of why this stuff matters.  I particularly liked the bit that said “no such system is ever perfect, indeed just the opposite: A seemingly perfect system is often the most fragile, wile a dynamic system, subject to occasional failure, can be the most robust.  Resilience is, like life itself, messy, imperfect, and inefficient.  But it survives”.  If you only read one of these book suggestions, make it this one.  Also Transition Network gets a mention at the end in his list of resilience-related organisations he admires, so he gets my vote.

2.  The Politics of Actually Existing Unsustainability: human flourishing in a climate-changed, carbon-constrained world.  John Barry (2013)  Oxford University Press (you can read most of the book here)

This is not one for anyone who is put off by academic books, but as an academic book (with a suitably incomprehensible academic title) this one is actually a gem.  It is the first academic book which offers a really rounded, if not somewhat uncritical, overview of Transition. As someone who has been involved in Transition himself, he is realistic about its challenges.  I like it when he writes “while like many other green thinkers and activists I see much promise in this new initiative, I do not think it is a panacea for addressing actually existing unsustainability.  However, nor do the main proponents of the Transition movement perspective”.  I particularly liked the bits at the end where he compares Transition to Vaclav Havel’s thoughts on ‘post democratic’ approaches to change, and how, as Havel put it, they “should naturally arise from below as a consequence of authentic ‘self-organisation'”.  Sounds familiar.

In ‘The Bioregional Economy’, Cato gets to grips with many of the practicalities of a more localised economy: how large is it, what degree of self-reliance is desirable, how might its economy work?  She roots her thinking in the concept of ‘bioregionalism’, which flourished in the US and Canada in the ’80s and ’90s, and reinvigorates it as a new value system on which to model an economy appropriate to the challenges we face.  In looking at the practicalities of the more localised economy, she inevitably asks some difficult questions, and occasionally comes up with some quite difficult answers, but the richness on offer here is remarkable.  And it contains a chapter called “what about my iPad?”. 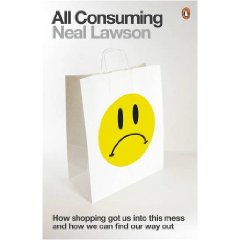 4. All Consuming: how shopping got us into this mess and how we can find our way out.  Neal Lawson (2009)  Penguin.

I picked this up second hand because I liked the title, but ‘All Consuming’ is a great book about the power of the supermarkets and sits as a sister volume alongside Andrew Simms’ ‘Tescopoly’.  With the Sunday Express last week running with the headline “Crisis as we all stop shopping”, Lawson’s book argues that that is exactly what we need to do, arguing that we need to “put down the basket for good and … we’ll be happier for it”. 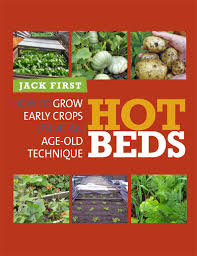 Making hot beds is an ancient process that uses the heat released through the composting of animal manures to cultivate out-of-season crops.  It allows you to be 2 months ahead of the growing season, but how to do it has remained the territory of rare, dusty, out-of-print books and held an aura of myth and legend.  Jack First’s book tells the fascinating tale of the history of hot beds, and then distils his experience of doing it today, including how the hot bed can work on the small scale. 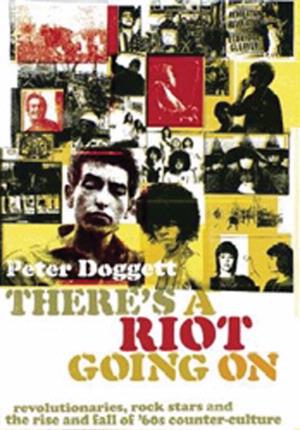 6.  There’s a Riot Going On: revolutionaries, rock stars and the rise and fall of ’60s counter-culture.  Peter Doggett (2007) Canongate.

Nothing really to do with Transition, but a fascinating book about the period in the 196os when everyone talked, and sang, about revolution, but ultimately, it all came to nothing, at least politically.  It is the time Doggett calls “an era when revolutionaries turned into rock stars, and rock stars dressed up as revolutionaries”.  There are many useful lessons about why movements fail, why they fracture, and how egos get in the way.  It captures a time when anything was possible, but also shows how the establishment is able to co-opt and assimilate that sense of possibility and turn it into something that can then be sold back to people.  An incredibly researched piece of music journalism. 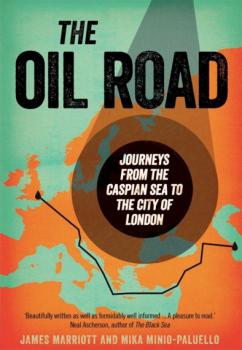 7.  The Oil Road: journeys from the Caspian Sea to the City of London.  James Marriott and Mika Minio-Paluello (2013)  Verso.

Especially relevant at the moment with the debates around the Keystone XL pipeline in the US, ‘The Oil Road’ tells the story of what it takes to build a pipeline.  The authors take an amazing journey along the route of the pipeline that runs from the oil fields of the Caspian Sea to the refineries and financial centres of Northern Europe.  They meet “the people who work in, profit from and organise resistance to the oil industry”.  Pipelines such as this one don’t appear by magic.  They require a system of politics, money, violence, greed and all kinds of other things most of us wish there were less of in the world.  By focusing on the story of this one pipeline, they provide a powerful narrative that informs on many levels. 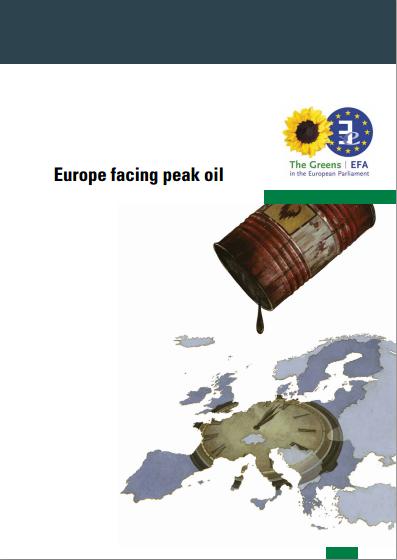 The best, most concise, most up-to-date peak oil report out there.  Fascinating too because it looks at it from the EU perspective.  I didn’t know, for example, that Europe is the world’s 2nd largest consumer of oil, it’s but home to just 0.4% of proven global oil reserves. Therein lies a problem, the report argues.  It has a very good section on Energy Return on Energy Invested (EROEI), and on the links between oil prices and the economy.  It’s key conclusion is that “the probability of bringing together all the essential conditions that would allow the increase in production to be extended beyond 2020 is very low”. 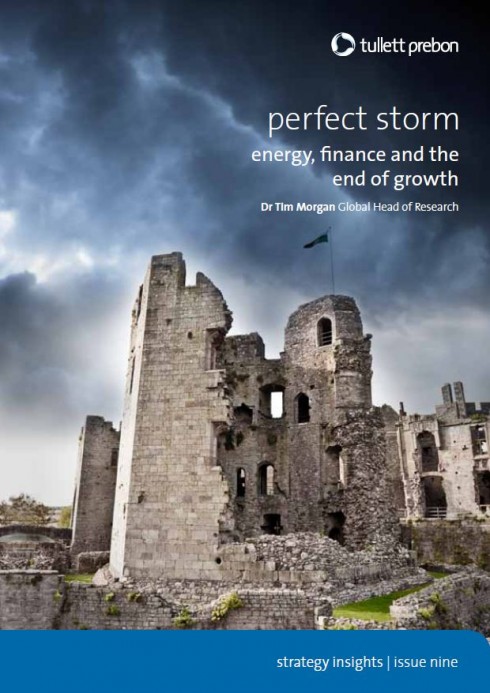 Lots of people are talking about this one, and I think it is essential reading.  Tullett Prebon are a FTSE 250 financial services company, and they have produced this report which basically argues that people have misunderstood peak oil, that it’s not about price volatility or supply disruptions, it’s that when the net EROEI of the global economy falls below a certain point, economic growth is no longer possible. As he puts it, “… the critical relationship between energy production and the energy cost of extraction is now deteriorating so rapidly that the economy as we have known it for more than two centuries is beginning to unravel”.  It’s a shame that he doesn’t weave climate change into his analysis, but what he has produced is the best bringing together of energy and economics I’ve read for some time. 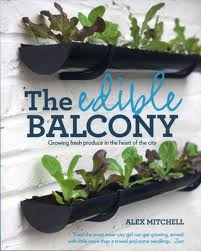 10.  The Edible Balcony: growing fresh produce in the heart of the city.  Alex Mitchell (2010) Kyle Cathie.

Hadn’t seen this before, and recently came across a copy in a remaindered book shop.  A really beautiful guide to growing food on rooftops, balconies, up walls and so on.  Packed with tips and ideas and great stories of urban food growing from around the world.  The spirit of the book is captured when she writes “imagine sitting high off the ground in a Mediterranean-style idyll surround by grapes, tomatoes, lemons, and salad so fresh it squeaks, while the traffic roars far below”.  Although the idea of squeaky salad may be slightly alarming, the book beautifully sets out how such an idyll can become a reality.  Worth the cover price for the photos alone, many of which are stunning. 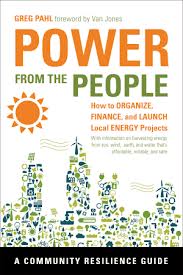 There’s a revolution going on in terms of energy generation, as more and more communities decide they want to bring it back into their own hands, and keep the economic benefits for themselves.  Greg Pahl’s book is a great guide, in the US context, to “putting the power back in the hands of local communities” through community-owned renewables projects.  He sets out all you need to be able to plan, organise, finances and deliver community energy projects.  Although some things are different, there is enough that relates to our experience in the UK to make it a useful read here too.  He concludes “So much to do.  So little time.  Better get to work”.  Indeed.

Thank you! I go around giving talks about the Carbon Hunters: Future of Food. Have a gig Wedensday With a garden club in Greenville, SC,USA. You provide me with lots of background with reading lists like this and a tremndous challenge to try and keep up.

These books do look fascinating, Rob! I found a broken link to the Europe Facing Peak Oil report. Should be http://www.peakoil-europaction.eu/blocs/page.html

For the first book: I bridle at the way resilience is presented as ‘bouncing back’ and the application of that to potential disruptions to our way of life. As if bouncing back would be desirable- it sounds to me like the underlying metaphor is static and not transformational. Instead I think we need an underlying metaphor that is transformational, something like what is provided by the ideas of transition to a ‘new normal’. That implies movement. I find the idea of viability more useful, so that we adapt over time, to a changing environment. Maybe that’s not how its presented in the book, but from what you’ve written here it seems like it is. Good post though, thanks Rob!

Thanks for the suggestions – must admit I haven’t read any of them.

There are a couple of Australian books I’ve found pretty good (one’s a bit old).
“The Great Disruption: How the climate crisis will transform the global economy” (http://paulgilding.com/the-great-disruption) by Paul Gilding, 2011.
“Affluenza: When too much is never enough” by Clive Hamilton and Richard Denniss, 2005.

There’s also a book you mightn’t have heard of “The Transition Companion” by a bloke call Rob Hopkins. You might enjoy it! 🙂

The link to the EU peak oil report of Benoît is broken.

Thanks all for the book tips and for the heads up on the broken link. All fixed now. Do keep those book suggestions coming. Thanks Graeme, yes, ‘The Great Disruption’ is a definitely a good read…

I’d like to very strongly recommend The Resilience Imperative: Cooperative Transitions to a Steady-state Economy by Michael Lewis & Pat Conaty.

The best book I’ve read in a while. Essential reading for all engaged with transition.

this is another good book about what happened in 1968 By Mark Kurlansky
http://www.guardianbookshopco.uk/BerteShopWeb/viewProduct.do?ISBN=9780099429623

Some further info about The Bioregional Economy: I have been having a fight with my publisher about the outrageous price and they have made me a special flyer with 20% discount so perhaps you might alert your readers to that. It is better than using Amazon (but still an outrageous price imho).
Flyer can be found here: http://www.greeneconomist.org/files/greeneconomist/general/1The_Bioregional_Economy_discount_flyer.pdf