« Why Nuclear Power in not a Solution to Peak Oil – The Final Installment. Because there are Just Too Many Other Reasons…
Exclusive to Transition Culture. Fritjof Capra on Peak Oil – an Interview. »

Exclusive to Transition Culture. Fritjof Capra on Relocalisation – an Interview.

**Fritjof Capra** is one of the foremost green thinkers, especially in the field of ecology and systems thinking. He is the author of many seminal books, such as the Tao of Physics, The Web of Life, The Turning Point and most recently, The Hidden Connections. He is currently teaching at Schumacher College and I was lucky enough to be able to grab him for two interviews, one about relocalisation initiatives (in particular the Transition Town Totnes project due to start this September), and one about peak oil. Unfortunately one of my kids put a chair leg through my mp3 player so I was unable to record the first one, instead taking copious notes, so any mistakes herein are entirely down to my poor note taking. The second (which I’ll post tomorrow) was filmed, so the transcript is taken directly from that.

**In your latest book ‘The Hidden Connections’ you write, “creating sustainable communities is the great challenge of our times”. In relation to Totnes and the relocalisation initiative about to start here how might we start to achieve this?**

This is a question that would generate different kinds of answers from different kinds of people. Some would say you need a revolution, some that you need community development and so on. I always come back to education because that is my area. It is not necessarily the best way but it is the one I am most familiar with. My answer derives from the fact that the concept of sustainability is alien to most people, and many don’t understand it. Lester Brown who devised the term 25 years ago and if later became widely known as the Brundtland definition, *”sustainable development is development that meets the needs of the present without compromising the ability of future generations to meet their own needs.”*

When I first heard it I was confused by it. It set me thinking as to why I found it confusing, and I ended up thinking that it was because it is a moral exhortation to create as many opportunities for future generations as possible, yet it is an exhortation that doesn’t actually tell you how to do it. I tell people that what we need instead is an operational definition. The key to this is that we can use ecosystems as models. They are adaptive and sustainable, they support life, they recycle, they are solar powered.

In terms of creating sustainable human communities, our aim has to be to redesign them so that they don’t interfere with nature’s inherent ability to sustain life. Our first step is to understand how Nature sustains life. The second step is then to introduce these principles into design, which we call ‘eco-design, to redesign our technologies, social institutions, commerce and so on. The first step is that we have to help communities become what I call ‘eco-literate’, there is really no way round this. It needs to happen at a very early stage in a relocalisation process.

**How can the concept of the Network be applied to relocalisation, beyond just linking the various local groups together?** 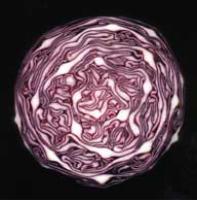 When you study the principles and basic concepts of ecology you can see them as basic principles of all living systems. At the Centre for Ecological Literacy we have tried to turn these principles into bite sized pieces for teaching, distilling them into 6 principles of ecology. For each one we have created a symbol and photos and we have been teaching it in schools. The 6 principles are;

Networks is listed as the first principle because it is it the defining characteristic of life. Wherever there is life there are networks, be they metabolic networks, food webs, human social networks. I tried in recent years to put all of these principles into a nutshell, as they are all different ways of seeing the same thing. Nature sustains life by creating and nurturing communities. We all know what a community is, even if we don’t have it. It is something that, if we have it, we recognise it, and if we don’t have it we feel its absence. Be it English football hooligans or US inner city gangs, they are all seeking community. Community is visceral and real, and that is why I think it is central to a definition of sustainability. The experience of a living network is the experience of a living community. The network concept is important, as sustainability is the quality of a community, an individual cannot be sustainable. Creating communities is creating sustainability.

**How can we ‘nudge’ communities towards self-organisation (a central element of systems thinking).** 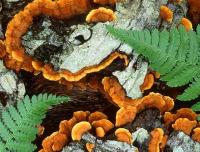 If we empower people they will self organise, it is the nature of life. If you are empowered to participate you will self organise. I worked with a business consultant called Patricia Shaw, who works as a ‘systemic business consultant’. She worked with a UK company with 12 people who had a very domineering boss. The boss had to leave for 2 hours, one younger woman said something, and Patricia made a point that she had spoken. Later she spoke again Patricia said the same. Within half an hour the young woman was at the flip chart giving a presentation. What Patricia did was to observe the group and to give it gentle ‘nudges’ at different points, a subtle but very powerful skill.

**Does Globalisation Have a Future?**

No, not economic globalisation. It has peaked, in much the same way oil has. The current global capitalism has created a number of interconnected problems – increased poverty, alienation and pollution, destroyed communities, environmental destruction, in the human political realm we have seen diminished democracy. Within the last year we have seen a turning point in perception. The model no longer works, even within its own perameters, never mind those that you or I might use. Opinion polls in the US show that people don’t believe in it anymore. South America appears to be turning away from it as a continent.

**How much faith do you have that technology can save the day?**

Technology has a big part to play, but if technology could solve the problems they’d already be solved. If it was only technology that is the problem we would already be there. I drive a Toyota Prius, and if everyone in the US drove one too, the US would be self-sufficient in oil, and not need to import anything from the Middle East. Wind power and biofuels are there and ready when we decide to use them. In the supermarket the organic food costs more than the non-organic, of course it should be the other way round. This is a question of taxes and subsidies. As a scientist I believe in human creativity and human discoveries, but the problem is not a matter of technology, but one of short termist politics, vested interests, and so on. The solutions exist and make sense, sense that is clear to most people. If we feed our children good food they won’t become obese, if they grow the food too they will be healthier and more cooperative, with the added benefit that they will be building soils which will be locking up carbon… there is no downside to this…

Fantastic interview Rob… but not loooong enough. Capra’s thoughts are like food for the starving soul. And this soul yearns for more. It seems there are two basic models of getting things done in the world. One is through coercion and punishment to get one wants (might makes right and various forms of organized violence) — this gets immediate results but generates both short and long term problems — and the second is through positive incentives and rewards and concern for the future — this takes a lot of energy up front (education, cooperation, planning and building self-reinforcing systems, etc.) but its end result has a much higher probability of a planet filled with happy survivors.

Looking forward to reading the next installment on Capra.

Fritjof Capra on Relocalization: An Interview

From Transition Culture via Energy Bulletin, a short but fascinating interview with “green thinker” Fritjof Capra.

Great stuff, thanks much. I’d agree that ecological education is essential to a sustainable civilisation, and would be grateful for any links to material for child or adult ed using the principles outlined above.

We have learning moments popping their heads up all over the place (biodiversity loss, PT overcrowding, petrol prices, allergies, …), ‘all’ we have to do is get them talked about within an ecological rather than just an economic or anthropocentric frame, and i believe near everyone can see the problems and have much more coherent arguments about solutions; the development of many very mainstream peak oilers into comprehensive ecological depletionists might be demonstration of that.
How to do it more broadly without swamping or stampeding people is a little bit tricky..

Excellent article-cannot wait for the second installment. I think Fritjof Capra is one of the greatest thinkers of our time. His messages are so simple and with some effort, and more importantly some paradigm shifts, not that difficult to apply to real situations, if only we would listen. What fascinates me is that his ideas are ‘universal’-they can be applied to all situations where human beings live, work, play and grow.

This is great. I read Tao of Phyiscs in 10th grade and it blew my mind away. Had no idea he was still writing. Just great.

Excellent, Rob. A lovely intimation that a better life awaits and we already know what it needs to look like. Thank you!

Thank you! I felt the same…more of Capra’s writings(preferably) his current project or activities will be inspiring and much welcomed.

[…] From an interview with Fritjof Capra (who wrote The Tao of Physics), over at Transition Culture. Highly recommended. […]