« TTT Turns Its Attention to Building.
Powerdown and Permaculture – At the Cusp of Transition. »

The Importance of Honouring our Elders…

I was touched by the news a few days ago that geneticist and environmental campaigner David Suzuki is to retire from activism. According to an article on Yahoo News, Suzuki is to retire to the Canadian wilderness to carve wood, fish and relax. At 70, after a life dedicated to promoting environmentalism through talks, TV programmes and books, Suzuki has had enough. Energy Bulletin suggested that activist burnout was at least partly to blame for his decision. I think at 70, whatever you have dedicated your life to doing, you are more than entitled to put your feet up a bit and go fishing. For me, the news raised the issue of whether we in the environmental movement are actually very good at respecting and honouring our elders.

I met a man recently here in Totnes who had been involved in green things for years, and in the early 80s co-designed an ecovillage project that never happened, and is now older, disillusioned and frankly, quite a depressed soul. Really made me think about how any work that we do now is really built on the shoulders of people who were lonely voices in the wilderness for many years. Those of us active now are at least working at a time when people can no longer really argue that climate change doesn’t exist and that resources are infinite. Many people, like Suzuki, reached a point after many years enthusiastic struggle, of feeling that they had failed, that the cause had been lost. 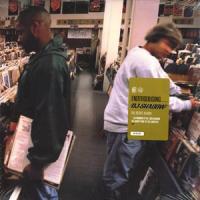 I have always admire the tradition in hip hop of putting voluminous notes on the inner sleeves of albums of dedications and “shouts” to various people who have most inspired them. Often they begin with “God” and “Mom and Dad”, but usually they are a list of other artists and people who have influenced and affected them. One of the best examples of this is the inner sleeves of one of the greatest albums ever made, DJ Shadow’s Endtroducing. If you don’t own a copy, buy it now. As well as a lengthy list of Special Thanks to and Dedications, it also says “this album reflects a lifetime of vinyl culture. For further research on the evolution of sample-based music, check out the innovators”, and then goes on to list many obscure DJs, producers and others who have inspired him.

Whenever I write something, I try and emulate this. If you look inside the front cover of the Kinsale Energy Descent Action Plan, my newly published dissertation Energy Descent Pathways, or the hard to track down (and not on **Transition Culture** as no electronic version could be found) booklet for the Fuelling the Future conference, I try and do the same, down to dedications to makers of some of the music I was especially listening to while writing it. None of our ideas are really entirely our own. It is essential that we respect and honour those whose ideas we are building on. I’m going to attempt my list of those who have inspired my path through all this stuff.

Do send in your own. In fact, the three suggestions that I like best that are posted as comments at the end of this article by November 10th will win a copy of the now ultra-rare Fuelling the Future booklet (the only copies I have left). Whose work should we be honouring?

My list is by no means exhaustive, and is just what initially comes to my head as I sit here looking at the spines of my best read books around me and thinking back to pivotal influences. It also contains people who inspired me personally who you almost certainly have never heard of. It is, for me, a list of those who have most shaped my thinking (such as it is).

I could go on…

This really struck a chord with me, as I’d been pondering much the same things recently. I read David Suzuki’s “goodbye” and pondered on it a bit:(http://yourmindfire.blogspot.com/2006/10/suzuki-speaks.html)

and then connected it up with some thoughts that I had a while back (http://yourmindfire.blogspot.com/2006/06/love-thats-love-not-fade-away.html )about “elders”.

There’s a concept in Jungian/archetypal psychology of ‘Senex’ – the old man – which can be understood positively as “wise old man” of “wizard”. [thanks to Wikipedia for a simple explanation for me to borrow}.

And I really felt this senex power as I read some late/last works by a number of authors over the last couple of years: Gary Snyders’s ‘Danger on Peaks’; William S Burrough’s ‘Last Words’; Hunter S Thompson’s ‘Kingdom of Fear’; Kurt Vonnegut’s ‘A Man Without a Country’; Ram Dass’s ‘Still Here’; James Hillman’s ‘A Terrible Love of War’.

I’m aware that a lot of that stuff is coming from American ’60s counter-cultural figures – and I guess for me reading these old man works by them was a re-engagement with these figures whose ‘prime era’ works I’d engaged with as a teenager (in the 1980s) – but I’ve sensed this senex energy in other figures too – Suzuki, James Lovelock, David Attenborough, Bob Dylan, JG Ballard, Leonard Cohen…

I’m also aware that this senex list, has no wise old women in it – Kathleen Raine comes to mind in passing as I write.

God, this isn’t even a beginning to me thinking about this properly either – I’m not even near my books and records to scan for inspiration – but I felt compelled to respond in the moment, so here’s some spilled out thoughts.

and Jaki Liebzeit? Gets a mention on the MSc dissertation… shows we CAN succeed in rhythming a new shape to the future

Can I put in a vote for Donna Meadows (RIP) – besides her involvement in writing Limits to Growth I found a lot of her other writings inspiring.

Whoops that should be Donella Meadows – not Donna!

I was thinking today what a debt I owed to the late Bill Moyer (not the US media person), who developed non-violence training and wrote “De-developing the US with non-violence” back in 1977 or so.
http://en.wikipedia.org/wiki/William_Moyer

Nice article Rob, I’ve been really inspired recently by the people of Rossport (Co. Mayo) and everyone who is supporting them in their campaign against Shell – they are a great example of non-violent resistance and community spirit.
http://www.corribsos.com/

thanks Rob, for mentioning me, and encouraging us to recall people who inspire(d) us.
All Irish Rebels, past and present give me courage.
All who resist, worldwide, who dont have the luxury of saying I can’t be bothered.
Young children and elders.
People who keep failing but keep trying.

How about the original elders, the aboriginal and native original people who are witnessing the destruction of their ways and their planet and are still keeping up their path with more or less integrity. The Anishinabe people of the Great Lakes of the USA for example.

Can’t forget urban homesteader/pioneer
Jules Dervaes of Path to Freedom
http://www.pathtofreedom.com
who is forging urban permaculture pathways in the city