In the session after supper, Joanna gave a clear and passionate explanation of the Great Turning, and what she means by the term.  You can read another, more detailed account of this session on the conference’s official blog.

It is the third revolution of its magnitude in that we know of in human history. The first happened 10,000 (ish) years ago, the Agricultural Revolution. It changed everything. We moved from being hunter gatherers, nomads, on the move, to being settled. It is in you still, it is just that by now your recall is a little faint. We settled down, cultivated the earth, produced surpluses, built temples, wrote on tablets, and it took centuries.

The next revolution was the Industrial Revolution. This changed everything too. It brought the Enclosures, the mills, steam. It changed our experience of who we are, of what it is to relate to the Earth, to play, it all changed. This revolution was quicker, taking only a couple of generations. For those countries now being industrialised the process is even quicker.

On the heels of that, comes this one. The first person to name it was the head of the US Environmental Protection Agency in the 1980s, who said that what must happen is like the Agricultural and the Industrial Revolutions, but it must be faster, and must happen consciously. 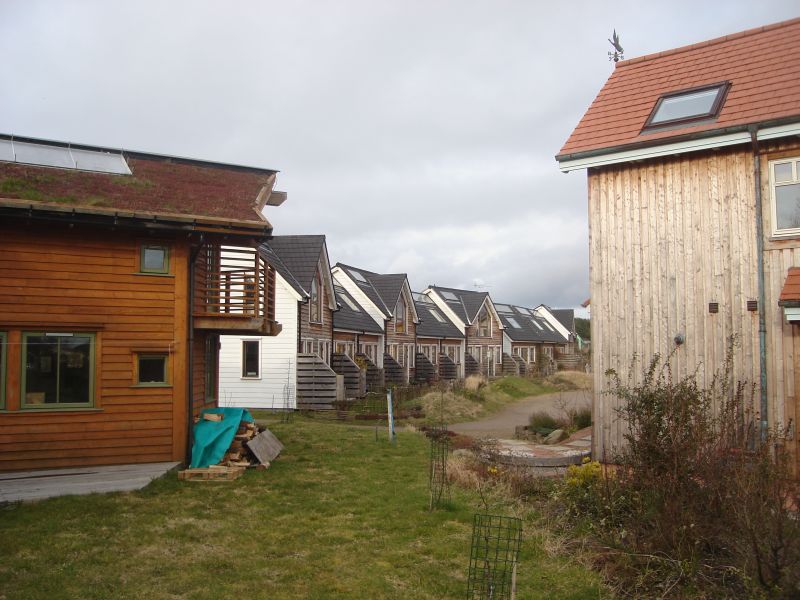 Different people have given this revolution different names. Lester Brown calls it the Ecological Revolution. Donella Meadows calls it the Sustainability Revolution. I and others use the term the Great Turning. Whatever we call it, it is important that we name it and see it, otherwise we risk being like a fish in water, we take the water for granted but don’t name it. It takes an effort of the moral imagination to see the significance of our own time.

Things are becoming so dicey now and we can become mesmerised by technology and market forces. It is important to say though that this Transition is inevitable, but we don’t know yet if we will be able to pull it off or not. The Great Turning is, however, underway. The term is also heard a lot in the Deep Time work I do, where by our will, intention and imagination we borrow future people’s eyes and look back at this moment.

The future is with us and in the choices we make now. Our decisions will have a direct effect on human beings for at least the next 250,000 years (especially when we make decisions about the storage of nuclear waste). David Korten who uses the term the Great Turning, says we must choose between it and the Great Unravelling. I feel that both are happening at the same time. My friend Tom Atlee says “things are getting bigger and bigger, worse and worse, faster and faster”.

The Great Turning is inevitable because the industrial growth society is built on growth. It is a political economy that sets its goals and gauges its success on how fast it can grow. But what does it measure the growth of? Health? Longevity? No. It measures corporate profits. Market shares. It ignores the limits of the physical world, water, minerals etc. We are mining it, pulling out resources at an accelerating rate. In the 1980s reports said we are pulling out resources faster than they can renew.

Our souls have been registering this, and we know that things are running out of control. This gives us an edge of desperation, and symptoms emerge in various ways. Various systems are becoming runaway systems; our political economy, other linear systems. The system is, in fact, designed to destroy itself, we don’t need to plot to destroy it, it can do that itself.

The Great Turning isn’t being reported on the evening news, you find it in places like Positive News, in ‘The Transition Handbook’, and more and more people need to hear about it. As Gil Scot Heron sang, “the revolution will not be televised”.

There are three aspects to the Great Turning. The first is Holding Actions. These can be thought of as the Hands of the process. These are actions that stop the further desecration of our planet. These include direct actions, legal or political work, lobbying, stopping the war, civil disobedience. This is vital work, but it is exhausting, and you have far more defeats than victories.

The second is creating new structure. This takes ingenuity and is like the forehead. It is the design of new energy systems, housing, food systems, community currencies. It can appear fringe but it is key and it will be the new mainstream. Future generations will thanks us for this work, but it will not succeed unless it is accompanied by inner work.

We have been treating the Earth like a storage vessel and like a sewer. Now we are waking to realising that it is alive. This is so momentous. Don’t take it for granted. This is the biggest revolution in human thought in history. We can join in with the singing and the dancing, and in the naming of it. We are part of the living planet. New insights like chaos theory and systems thinking pull apart the idea of hierarchical reality. It is about the creation of a new story for our times.

We are retelling the story of who we are. It is a story about synergy, about interdependence, about interconnectedness. The indigenous peoples, it turns out they had it right all along! What is coming forward now is a range of movements, religions, poets, artists, all expressing this Turning. It is the greatest joy to be alive in this time, a new way of speaking and apprehending our world.

After Joanna’s talk, we all sang some beautiful many-parted harmonies, then danced for a while, and then while I enjoyed a local beer in the cafe with Davie Philip and Megan Quinn, Rowan went off to the hot tub until the early hours, but I’m sure he’ll tell you all about that….!

Great to be reminded of Joanna Macy’s work and a lovely write-up.

Amazing News! Transition Towns have just been mentioned on the Archers (BBC Radio 4 – 24th March). Totnes and Stroud mentioned – even “Energy Descent Plan” So, another two million made aware.

This is so timely. Thank you for relating these words so thoroughly Rob. I have been swinging between the probabilities of Collapse and the possibilities of Evolution (Pages 46-47 in your book), and knowing in my being the importance of holding to the vision of what can be, not what I can fear might be.

I first came across the idea that the inherently competitive “human nature” model was a lie, when reading “The Chalice and the Blade” by Riane Eisler.

Yes, it is very valuable to name the Turning, and know what we are participating in.

Have you heard about WiserEarth.org? At the end of Blessed Unrest Paul Hawken provides the taxonomy used for the more than 100,000 nonprofit organizations on WiserEarth. You might be interested in the Peak Oil group thats on WiserEarth!: http://www.wiserearth.org/group/peakoil