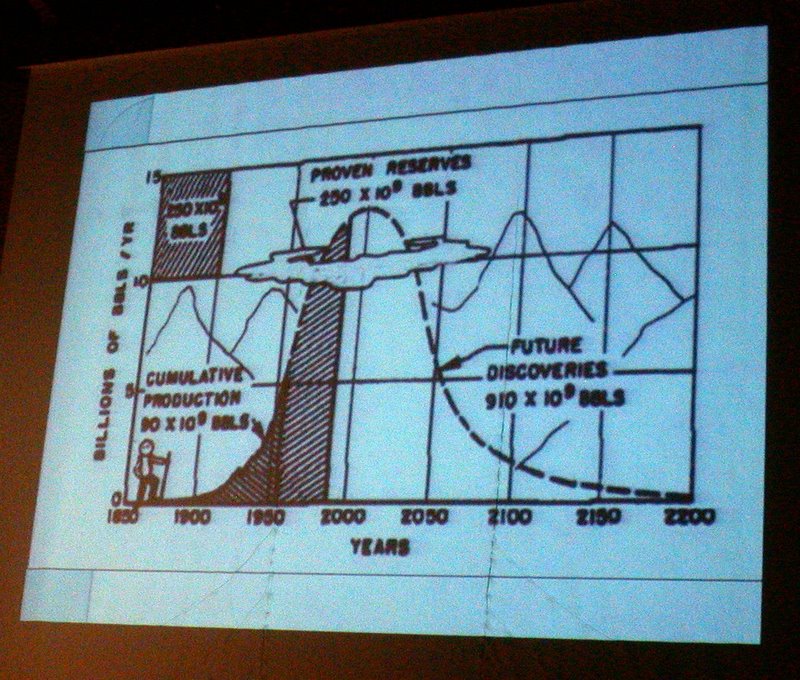 I missed the first speaker of the day, Alan Hobbett, whose talk was called “Community Power, the imminent revolution”, because I was doing an interview with Joanna Macy which I will post here as soon as I have transcribed it. After the break it was my turn. Taking to heart Jonathan’s request to rethink and reflect what had gone before, I think this was one of the most personal talks I have ever done. Something about being here and speaking here allows one to take risks, to feel held to push things that bit further.

I started by telling the audience that one of the things that had really touched me over the week was, through Joanna and Richard Olivier’s work, to see the role that drama could play in this work. I therefore wanted to present a piece of traditional English theatre which had something to say about this. Two women then came down from the audience and took their places either side of a table, and then the Archers theme tune played and they acted out the section from the show this week about their becoming a Transition village! They did a wonderful job, and it set the scene nicely.

I won’t give you the whole talk, as the official blogger has done a far better job than I, and a film was made that I’ll let you know about when it is available, but I looked at how I had ended up involved in this, where the idea had come from, what are the elements of the Transition concept and where the concept and the movement are going as they evolve so rapidly and virally.

After the break I did two back-to-back workshop sessions, exploring the 12 Steps. Representatives from other Transition Initiatives came up and talked for a few minutes about their experience of starting one, and of how they were assembling the 12 Steps. Doing two workshops back to back was rather tiring by the end, but they were very well attended, and people seemed very excited and enthused.

The evening session offered a choice of workshops, from Megan Quinn, Joanna Macy, Dorothy Maclean and Richard Heinberg. I chose the latter. You can read the Findhorn writeup of his workshop here. Eloquent, passionate and informative as ever, Richard has a great gift at being able to set out with clarity, the challenges we face. His talk was ‘Peak Everything’, and was a condensation of the book.

It was great to see the young people at the conference, in particular Rowan, and Richard Olivier’s son Troy, who were really taken by his talk. Troy is studying politics and philosophy, and felt that Richard’s talk was just what he needed to hear at that time. Rowan headed off for his last night in the hot tub and I had some time in the cafe before wending my way to bed. Tomorrow we head home. Feels like we’ve been here for weeks!