« The Powerdown Show: brilliant, and now available
My conference – Claire from Bristol is thankful . . . »

Off to the Transition Network conference 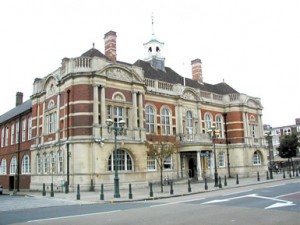 Am off this morning to London for the Transition Network Conference 2009, which is going to be fantastic.  For those of you not coming, there are several ways you can keep in touch with what’s happening.  There is the premiere of the film ‘In Transition’ of course, which you can see online here at 1.45pm (UK time) on Saturday.  After the film you can send in your feedback and comments, some of which will be read out at Battersea.  Carl Munson at Transition Radio will be regularly uploading podcasts from the event, which you will be able to follow here.   There will also be a selection of bloggers sharing their thoughts and experiences here at Transition Culture.  Combined, it should be almost as good as being there.  For those of you who are coming from Transition initiatives with projects, Ben Metz from Ashoka would love to chat with you while you are there.  You’ll be able to track him down at the Ashoka stall.  See you there!

Will this film be available to watch again AFTER the premiere showing?

A comment by “Stephen Lark” to the post on 4th May about the “In Transition” on-line premiere, gave a link to a World Clock – to show the times of the premiere around the world. But this was based on the wrongly advertised “GMT”. The UK is currently in daylight savings, or British Summer Time (BST) – 1 hour ahead of GMT. So the times around the world are an hour EARLIER than previously indicated. Here is a link to a modified World Clock based on the accurate timing of 1:45pm BST (current UK time). http://www.timeanddate.com/worldclock/fixedtime.html?day=23&month=5&year=2009&hour=13&min=45&sec=0&p1=136

Matt I love you