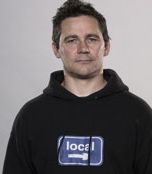 So I am over at the Transition Gathering in London, to be honest I am a bit overwhelmed both with the size of the city and this conference. I arrived on Friday to a hall full of ‘transitionistas’ from all over the world. It is twice the size of last years event, there  is about 400 here and I have met people here from all corners of the UK, Ireland and even the US, Australia, France, Hong Kong , and New Zealand. The mapping/ milling exercise that started the three day event helped us to get an idea of where people are from geographically, the size of their communities and what stage their Transition initiatives are at.

The quality of workshops on offer is staggering and the Open Space ‘matrix’ or bulletin board has 100’s of conversations being hosted to choose from. We are encouraged to move around following the ‘law of two feet’ so if you are not contributing or learning its up to you go to somewhere where you are.

I decide to attend a workshop on ‘Dragon Dreaming’ which was led by John Croft. From the title I thought it was going to be some ‘woo woo’ fluffy  thing. I was so wrong! John explained the process to make a project work from the initial idea, through the planning, doing and celebration stages. It was fantastic. Another workshop I attended was by Ben Metz from Ashoka on crowd financing and fundraising which Transition Initiatives could benefit from.

A highlight for me was the premiere of the ‘In Transition’ film which has been produced by Emma Goude using footage from Transition communities from all over the world. Its a real example of collaboration which, I suppose, is the real message of the Transition movement.  Richard Heinberg, who is now a board member of the new Transition America network gave his presentation all the way from California via the internet. His message was that we need to be working more on emergency planning.

There is still an evening event to go and a whole day of activities tomorrow and already I feel I have been here a week. The main event is of course takes place in the lobby, in the queue for lunch, in the bar afterwards as we talk to each other, share ideas and  . . . . .

Hi Davie
Hope you bring back the In Transition movie back so we can all see it. Take care and enjoy
S