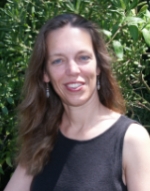 Joanne Poyourow has been rather busy recently, posting some very insightful pieces about the broadening and the deepening of Transition.  From asking whether Transition is a movement or an organisation, to exploring issues of diversity in Transition.   Here is my favourite, an excellent piece recently posted by Joanne over at the Transition US site, which focuses on the issue of solidarity.

It’s so foreign to our American experience that I had to look it up in the dictionary to get it right.  In a session from Copenhagen’s Klimaforum, May East (of Findhorn, Scotland and Sao Paulo, Brazil) asserts that lack of solidarity is precisely what is missing in our communities in the developed nations of the northern hemisphere.

We use the word “community” a lot, and we readilly agree that we don’t have tight-knit “communities.”  But when we boil it down, what does lack of community mean?  May East identifies it: lack of solidarity.

To explain this, she tells a story.  (at approx 24:55 minute point in video)  In journeying from the UK to Brazil, she brought her host a box of English biscuits (I think that means “cookies” in American).  She tells how she had expected the man to take the precious box home to share with his wife and kids.  Instead, an hour later she noticed the slum’s children along the street:  each one had a tiny fragment of cookie, and they were carefully breaking those tiny fragments into still smaller fragments to hand to their friends.  They didn’t have much, but what they had, they shared.

May East also notes how both the U.S. and South America were hit by major hurricanes, and in her observation South America was emerging from the crisis with far more resilience.  Not just because of resilient “things” like we often talk about in Transition circles, but East asserts it was because of solidarity — a common purpose, the same life outlook which had the street children sharing their cookie morsels.  East calls solidarity “the fabric of your community.”

The Transition Network says that the goal of the movement is building “resilience.”  When Transition U.S. began its web presence (I see that this has since changed) it used to say something like “local self-sufficiency and resilience.”  This I can understand.  In the elevator talk — where you have 60 seconds to get your message across — “resilience” doesn’t sell; nobody knows what it means.

“Local self-sufficiency” rings a bell with people, because we Americans have cultural history there.  The Pilgrims, Laura Ingalls Wilder, we have plenty of self-sufficiency stories, and the concept holds a certain glory.  It appeals to the back-to-the-landers and to the peak oil survivalists and to the conservative individualists.  It defines a clear position, and when used in conjunction with “resilience,” self-sufficiency works because it helps to define the R-word.  But in many cases, “resilience” remains about skills and things.

Perhaps the R-word itself needs to be modified.  With “solidarity.”

The missing ingredient of our communities

May East presented her biscuit story in remarks about what Transition in the developed North could learn from the global South.  Within Transition we glibly say that we need to “build community,” but solidarity identifies specifically that element which we are lacking.

In our current culture of peak-individualism, we have lost “common responsibilities.”  We outsource these to our government and nonprofits and expect them to handle it for us.  Schooling our children, care of parklands, preservation of The Commons.  It’s not working too well.

In some ways we even outsourced our common responsibilities to corporations, and we are dismayed to discover that the corporate interests haven’t upheld those commons.  Hence the stumbling attempts to create corporate ethics.

In our culture of individualism and competition, we no longer understand community of purpose.  In 4 years of activitsm in my SUV-intense neighborhood, I have so often heard the reaction “I’m glad somebody’s doing this.”  They agree it’s an important cause but they’re happy to outsource it, and have someone else do the work.  They don’t have the time, which really translates into they’re too busy competing in the workplace, competing for space on the freeway, competing that their children should have the best extracurricular activities and should get into the best colleges for the best future …

May East’s comments helped me to identify specifically what aspect is missing.  We need to reawaken solidarity, that sense of common purpose.

Americans don’t understand solidarity.  We don’t have a history in it.  We don’t have many cultural stories or models.  Perhaps our closest example was the Revolutionary War, where colonists banned together — but that same story is the source of our proud American independence.

And independence is perhaps solidarity’s polar opposite.

We need to become the kids sharing their cookie.

In reality, I don’t know how to reawaken solidarity either.  But I write this article so that you, as community leaders in this Transition time, might be alert to glimmers of it within your own community.

East says “we have been educated to compete.”  She says she doesn’t know what it will take to get us to change course, change consciousness.  I propose that we Transition leaders try the opposite: consciously educating people to be in solidarity.

At our initiating group in Los Angeles, we have seen glimmers of shared responsibility in our work days in the community garden.  We see common purpose in urban harvest redistribution programs.  The warmth of common interest bubbles forth in our community potlucks.  I’m guessing that glimmers more will appear as we get going with noncompetitive means of exchange like time banks and LETS systems.

As we approach the New Year, I’m reviewing what has worked and what hasn’t in the past year of Transition activities.  Over and over my thoughts are returning to the simplest things.  Our organic vegetable gardening class series has been a big success, not simply because it is growing garden knowledge (reskilling), or getting more people to try urban agriculture (physical projects), but because we now have a core group of regulars who know each other and recognize each other as fellows on the path.  We are building relationships.

Our hands-on reskilling classes, whether those be pickling or breadbaking or building solar cookers, have drawn many of the same people.  Guest speakers comment again and again how warm our circle is — I’m in it every week, so it takes the comments of these outsiders to make me recognize it.  This “warmth” is the caring and sense of sharing that people within our circle have begun to build.

As I continue my process of “year in review” and as we put together our calendar of Transition activities for 2010, I will be looking for those kind of activites which are most likely to build and further that warmth, that caring, those first glimmers of reawakened solidarity.

‘Solidarity’ was the foundation stone of the trade union movement -a stone now badly eroded by the relentless battering it’s had from corporate power in the last fifty years.
But it seems to me that the rise of corporate power, the weakening of community ties and the rise of a rather selfish-looking individualism have all been the negative – but perhaps inevitable – side effects of something bigger, which is the evolutionary expansion of human consciousness.
Evolution has two drivers: competition and co-operation.Both are built into us. The former has been developed and encouraged. Now it is time to work on the latter and I think that is exactly what we are seeing. That’s the stage we are moving into – the one that’s been referred to as ‘The Ecozoic Era.’
That means recognizing the need for co-operation -for solidarity, if you like – not just with our fellow humans but with all other inhabitants of the planet, for we are all interconnected and interdependent. A leaf on a tree is an individual, for sure, but it is also part of something bigger. It is that sort of consciousness we need to develop. We need to heed not merely an injunction to share our cookies but a reminder that the world, as Thomas Berry said, is “…not just a collection of objects but a communion of subjects.” We are all leaves on the planetary tree and if the tree dies, so do we.

If I may, I would like to build on the above post. A lot of people that I have spoken to agree that climate change and peak oil are both major issues, but the overwhelming response is: ‘what can we do? I can’t make a difference.’

What they seem to forget is that if the collective wealth of a community is all pooled and a small amount saved, then in a short space of time you can end up having a huge amount of wealth at the community’s collective command.

We are potentially talking in the realms of hundreds of thousands, millions even. The average houshold income in Devon is around £26,450, with Totnes a little above that. Now there are currently about 7,500 residents in Totnes, and say that 750 of them contribute 2.5% of their annual income to the community piggy bank… that would give the Totnes community the best part of half a million pounds every year to spend. That is by no means small change!

Just something worth thinking about.

Sorry, just an error with my last post. I put in the wrong e-mail address, and the post hasn’t appeared. I reproduce it here:

If I may, I would like to build on the above post. A lot of people that I have spoken to agree that climate change and peak oil are both major issues, but the overwhelming response is: ‘what can we do? I can’t make a difference.’

What they seem to forget is that if the collective wealth of a community is all pooled and a small amount saved, then in a short space of time you can end up having a huge amount of wealth at the community’s collective command.

We are potentially talking in the realms of hundreds of thousands, millions even. The average houshold income in Devon is around £26,450, with Totnes a little above that. Now there are currently about 7,500 residents in Totnes, and say that 750 of them contribute 2.5% of their annual income to the community piggy bank… that would give the Totnes community the best part of half a million pounds every year to spend. That is by no means small change!

Just something worth thinking about.

The concept of “solidarity” can sit a little uneasily with that of “diversity”. Common purpose is more easily achieved, the more the same beliefs are shared by participants in any group or organisation. The easiest way to achieve “solidarity”, as religious fundamentalists (of all sorts), Nazis, communists, and other extremist groups have found, is to throw out notions of diversity/inclusivity opoen-mindedness and enquiry to focus instead on a small number of simple propositions, usually appealing to the basest of human instincts. Perhaps “solidarity” is like most things in life – there’s definitely a good side to the concept but also aspects to be wary of…
Peter, have you done that calculation for your home town ? See you at the hustings on Thursday ?

Trugs, I can’t say I have. I wasn’t able to find any figures for Melbourne and the surrounding district, but if I can get gold of them then I’ll have a look into it.

(I’ve been having some trouble with my e-mail account, so I’ve only just found out about the gustings on the 25th. If I can make it, then I’ll be there.)