A Story of Transition in 10 Objects: Number 1. A stripey jumper. 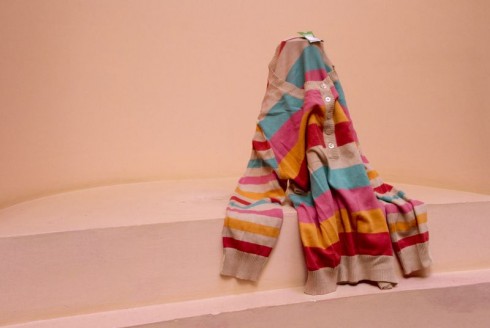 Recently, the BBC did a great series called ‘A History of the World in 100 Objects’, which used objects from the British Museum’s collection to highlight key stages in human history.  As a way of capturing some of the stories contained in ‘The Transition Companion’ (available to pre-order now), we have made 10 short films that try to capture “A Story of Transition in 10 Objects” (you can see the various dates associated with the book’s release here).   They present various items from different Transition initiatives as though they were precious museum artifacts, and tell their stories.  Here’s the first.

Taunton Transition Town are very proud of our Council! Just to add to what Rob said, 26 of the 50 odd elected Members attended the workshops too and we have some real Transition champions there. We were back at the Council again last week, to update Members on Transition world in the two years since the workshops and what the “ideas on the table” are for resilient living. They decided they wanted to have ALL of the Transition publications avaialble in the Members’ room for them to read!!

lol lol. This is a fantastic idea.