« Danny Boyle, in surprise move, buys rights to remake ‘In Transition 2.0’
Lee Brain reflects on his testimony at the Northern Gateway Pipeline Review » 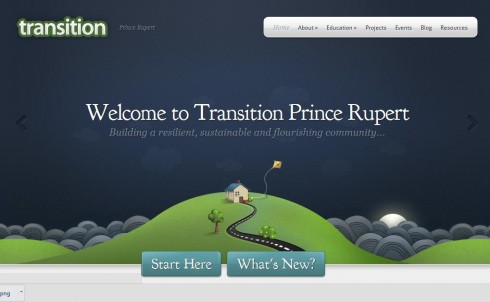 You can download the full curriculum they developed here.  It is a quite brilliant piece of work.  Here are a few of my favourite quotes from Lee’s interview:

“That’s what I love about Transition the most.  It’s the absolutely unknown process, you never really know if you’re doing it right, you never really know what’s coming next, you have to take it one step at a time, and it all unfolds, and if you can just surrender to the process and to what happens and not be too attached to any one thing or another, it all just kind of magically unfolds perfectly.  The right people come, someone serendipitously knows someone who has the materials to build a greenhouse, things like that.  You’re kind of lost in it, yet at the same time grounded”.

“I feel this movement is going to absolutely define the early 21st century to mid 21st century, and I can’t ever see it slowing down.  I think it’s absolutely going to really take this planet to a whole new direction”.

awesome! This takes transition to a whole different level.

Mind you, this approach to starting out is at odds with the ‘just get on with it’ approach. I guess this is what transition looks like when the instigator has a good understanding of how things work best. (And who has the ability to persuade people to give up 3 hours every Sunday evening to do training!) Most of us jump in with 2 feet, mess it up and then realise we have to focus on the ‘how’ instead of the ‘what’.

I think there’s a big AND here. This approach is brilliant and is serving Prince Rupert well. Here in Greyton, South Africa, we’ve more or less jumped straight in with projects and events, and are ‘learning on the job’. It has been tremendously bonding and, in our steadily growing core group, our commitment to the project, connection with each other and with the community have all been unfolding organically.

It’s great to see how worthwhile it is to get the group’s communication, leadership and group skills developed when starting out. Thanks for the good direction! We look forward to the training PowerPoints for our own Dakar, Senegal group, which we hope to be starting soon.

This looks great, especially your website.
With 16 Core group members out of 60 in the mailing list you seem to have quite some inspirational people over there!
We have 120 people in our mailing list but only 3 in the core group … something is wrong 🙁