A taste of the future in the Community of Dragons

You’ll have seen ‘Dragons Den’ on the TV.  Five successful entrepreneurs sit in a row, each with a  pile of cash in front of them, and one after another people come in front of them to pitch their business ideas to either be humiliated, ridiculed or fought over as the Dragons seek to outdo each other for the best ideas that come through the door.  As with so much in our culture, it’s about competition, the strong surviving, the weak being the laughing stock in clips on YouTube in perpetuity.

Last Friday I had a taste of a very different kind of Dragon’s Den, one that is still giving me goosebumps when I think about it, and about the potential I saw there.  Last Friday was the second Totnes Local Entrepreneurs Forum, organised by Transition Town Totnes and the REconomy Project, and it was quite stunning. Here is a short film I made about the day:

The idea behind the event was simply that everyone is, as organiser Jay Tompt put it, “a potential investor in their community, in their own local economy“.  To fund a new business doesn’t need the power dynamic of the wealthy few deciding what they feel is a good investment for them, rather what Pete Yeo of the Funding Network calls “a community gathering around its social entrepreneurs”.

At last year’s Forum there was a more conventional Dragon’s Den, with three successful businesspeople or philanthropists hearing pitches from five budding entrepreneurs, but rather than giving them cash, giving them ideas, thoughts and support.  Following their pitches, many of those in those pitching were then offered cash or other support by members of the audience. 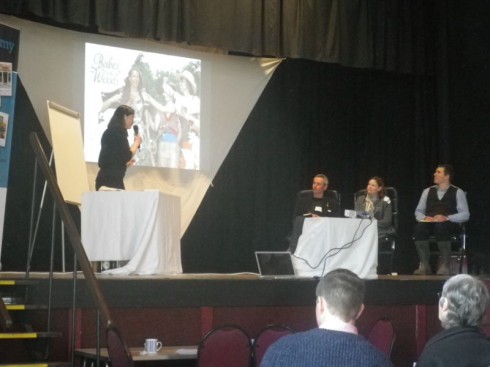 This year, that idea was taken further, with the idea that everyone in the room was an investor, whether of time, money, support, enthusiasm, whatever, what was called ‘The Community of Dragons’.

Each had a few minutes to set out the nature of their business and what they were asking for.  They then took questions from the audience.  When all four had done this, we got to the pitching.  One after another people put their hands up and pledged to support the different enterprises.  There were offers of space, of business advice and support, of professional services, of equipment, of voluntary support.  People pledged to attend events, and to promote the enterprises in a range of ways.  And then there were the pledges of money.  “I’ll pledge £100”.  “I’ll match that if 3 other people do”.  “I’ll buy a year’s membership of the CSA in advance”.  And so it went on.

At one point a young girl pledged that she would give £1 to each of the 4 projects, which resulted in rather teary eyes around where I was sitting.  It was at that moment that I really felt as though something powerful was happening here.  Something that involved members of a community adopting new local enterprises, and really willing them into existence.  Pete Yeo, who hosted the Community of Dragons event, made clear that it was important to applaud just as loudly for someone offering £10 as for someone offering £10,000, that all forms of investment matter.

Earlier in the day, Teresa Burton of crowdfunding platform Buzzbnk had said “It’s as important to raise the crowd as to raise the funds”.  This event had raised the crowd, and the crowd really wanted this to work.  All of the enterprises came away with more than they had asked for, and all were visibly moved by the experience of having so much goodwill sent their way, as you can see in the film above.

But does it actually work?  Let’s have a look at what happened to the enterprises who pitched at last year’s Forum:

Since last year’s Den, The Land Society have: 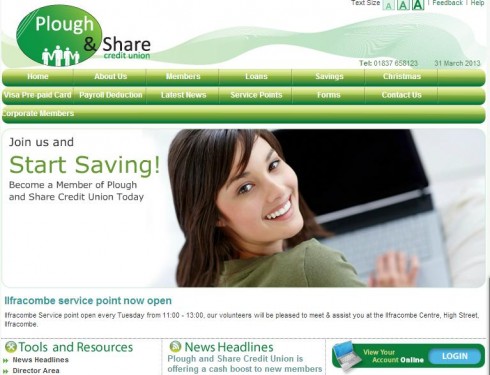 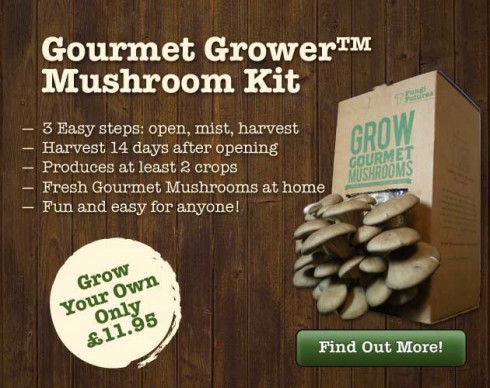 When asked how being part of the Dragons’ Den had helped the businesses, founder Adam Sayner said:

“It made us evaluate exactly what was unique/special about what we were doing.  Pitching at the Dragons Den helped us set out a clear plan to develop our business model which we have used througout the year, linked us up with some interesting and influential people and  made us feel part of a growing movement of ethical / sustainable business”.

Babes in the Woods

Here’s Babes in the Woods founder Hetti Dysch on what she got out of the experience of pitching to the Dragons last year:

“Presenting at the Transition Town Totnes’ debut Green Dragon’s Den was an incredible experience. The moment I said ‘yes’ it kick started me to evaluate and assess my business. This was really useful as Babes in the Woods was not even one year’s old at the time and it subsequently benefited from the financial forecasting that I prepared for the presentation. Meeting like minded green entrepreneurs on the day was great as it can be quite isolating running a business and it felt like there was loads of support available in the room. The actual moment of delivery was terrifying and exhilarating! Presenting in front of a panel and an audience allowed me to really take my business seriously and identify the areas that I needed help with. Since then, the business has thrived and there have been a few interesting spin offs as a direct result of participating. I’m looking forward to being an audience for the den this year!”

This community brewery, pitched at last year’s Dragon’s Den and which your Transition Culture host is part of, is now formed as a company, has a significant investor on board, and is in the process of seeking a suitable venue in the town.  It hopes to be brewing within a few months and promises that at the 2014 Dragons Den it will be able to serve up its brews to participants.