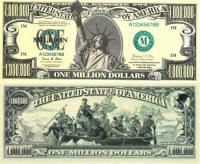 *Here is an article I just came across which struck me as really important, and which you should read in order to make sense of events happening around Iraq at the moment. I don’t make a habit of posting articles from elsewhere, but this is an important piece. International events make much more sense when we understand what is going on behind the scenes.*
**Iran’s Oil Exchange threatens the Greenback** – by Mike Whitney of OpEdNews.com. – view original source.

The Bush administration will never allow the Iranian government to open an oil exchange (bourse) that trades petroleum in euros. If that were to happen, hundreds of billions of dollars would come flooding back to the United States crushing the greenback and destroying the economy. This is why Bush and Co. are planning to lead the nation to war against Iran. It is straightforward defense of the current global system and the continuing dominance of the reserve currency, the dollar.

The claim that Iran is developing nuclear weapons is a mere pretext for war. The NIE (National Intelligence Estimate) predicts that Iran will not be able to produce nukes for perhaps a decade. So too, IAEA chief Mohammed ElBaradei has said repeatedly that his watchdog agency has found “no evidence

James Hamilton at Econbrowser makes an effective argument against this position. Essentially, to believe that the opening of an oil bourse conducting transactions in euros will somehow bring down the dollar one has to ignore the existence of currency exchanges. The dollar does benefit slightly from the current situation, but only to the extent of there are costs involved in exchanging dollars for euros, but those costs are minor.

Whether the White House understands this or not is another matter. A belief in the dangers of an oil bourse denominated in euros could drive their actions regardless of the truth.

[…] transition culture ” iran’s oil exchange threatens the greenback The media _ s aversion to controversial stories which serve the public … Mullah _ s Threat not Sinking In ?, which appeared in FrontPage Magazine. … […]

EntelliMediaNet » Blog Archive » Although it’s a British magazine, it is global
5 Feb 1:44am