What happens when local authorities ask “what if the economic situation doesn’t get better?” 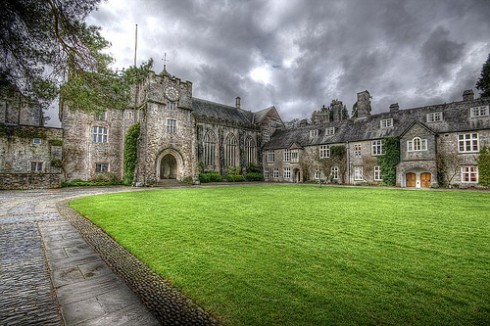 The question in this post’s title was one of the challenging questions asked at the Solace South West Autumn Seminar, held at Dartington, Devon in early November.  The event was called “Room to Think” and to that I would add “about the things we don’t really want to think about”.  The event organiser for this year was Richard Sheard, CEO of South Hams District Council and West Devon Borough Council. He said:

“Within these 2 days, I wanted to raise some important questions about the difficulties we face in local government in these increasingly uncertain times. Besides questioning growth, should wellbeing rather than GDP be our measure of success? And what’s the role of communities in leading their own future and delivering local solutions? I wanted to provide some challenges to the status quo, and also look at some of the potential solutions that are emerging.”

… and so 25 CEOs and other senior figures from local government across the South West arrived in the beautiful setting of Dartington, to explore this unchartered territory.

‘The True Meaning of Choice’: a piece for The Guardian’s ‘Comment is Free’ section 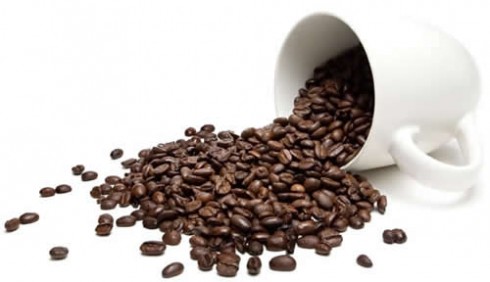 Totnes’s victory over Costa Coffee and the true meaning of choice.
‘Choice’ is an overused word in business. The people of Totnes rightly opted for community resilience over predatory markets

[Original here] Last week, Costa Coffee announced that, in the face of huge opposition from the community and traders of the Devon town of Totnes, the UK’s first transition town, and in spite of being granted planning permission,they would not be opening after all. It was a much-celebrated decision, one for which they deserve real credit. The campaign in Totnes focused around arguments that the town has a unique high street economy, characterised by the absence of the “Clone Town Britain” phenomenon seen in so many other places, and a prevalence of independent businesses which, for many other parts of the UK, is but a distant memory. It was argued that the community’s economic resilience lies in diversity and local markets, not in long supply chains and distant, remote ownership.

An interview with Kevin Anderson: “Rapid and deep emissions reductions may not be easy, but 4°C to 6°C will be much worse” 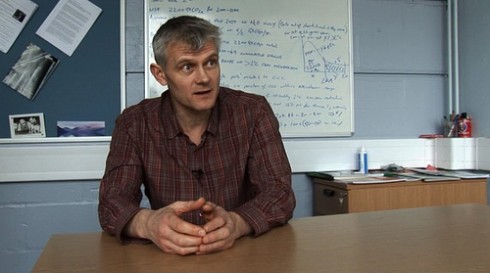 Kevin Anderson is the Deputy Director of the UK Tyndall Centre and is an expert on greenhouse-gas emissions trajectories.  He will be giving the annual Cabot Institute lecture, ‘Real Clothes for the Emperor’ on 6th November in Bristol, which has already sold out.  I was hoping to be able to go and report on it for you here, but no longer can, so instead, I spoke to Kevin last week, by Skype.  I am very grateful for his time, and for a powerful, honest and thought-provoking interview.

Could you share with us your analysis of where you think we find ourselves in terms of climate change and what’s our current trajectory if we carry on as we are?

In terms of the language around climate change, I get the impression that there’s still a widely held view that we can probably hold to avoiding dangerous climate change characterised by this almost magical 2°C rise in global mean surface temperature. This is the target that we have established in Copenhagen and then re-iterated in Cancun and to which most nations of the world have now signed up to; I think the rhetoric that we should not exceed this 2°C rise is still there.

Might Costa’s withdrawal from Totnes signal the beginning of the end for our collective love affair with brands? 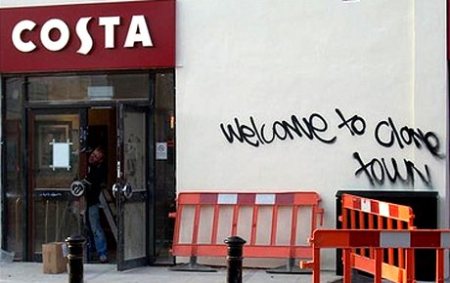 Yesterday was a day that produced the most extraordinary news.  For the last 8 months or so, the No To Costa campaign in Totnes, supported by Transition Town Totnes, among others, has been campaigning to stop Costa Coffee from opening a branch in Totnes.  Communities always lose battles like that don’t they?  That’s certainly the experience in most places.  But yesterday, Costa Coffee, a huge company with nearly 1,400 outlets, announced that “we had an open and constructive discussion and as a result … we have carefully considered the points made and decided not to open on Totnes high street”.  Its MD Chris Rogers, much to his credit, said “Costa has recognised the strength of feeling in Totnes against national brands and taken into account the specific circumstances of Totnes”. Extraordinary. Here it is on yesterday’s ITV News.