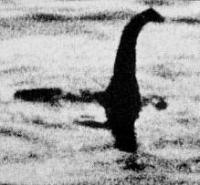 OK, its a tenuous link but stick with me. Last week President Bush announced that the US is ‘addicted to oil’. He unveiled his version of what is going to be done about it, which doesn’t really come close to what actually needs to be done, and seems to amount to letting his friends build lots more nuclear power stations to produce hydrogen to keep the cars on the road, but I suppose we should see it as some kind of a start. It did however raise for me the question as to what we ‘peakniks’ are supposed to do once everyone cops on as to the reality of peak oil. If George Bush feels compelled to ‘fess up’, then we must be pretty close.

In Richard Heinberg’s book ‘Powerdown’, he identifies 4 options we can choose in the face of peak oil. they are Last Man Standing, which is the fight to the end for the last remaining resources (Dick Cheney’s “war that won’t end in our lifetimes”), Waiting for the Magic Elixir, that is the belief that ‘they’ will invent a new power source as versatile as oil and capable of being scaled up and rolled out to the world in a few years), Powerdown, a national government-led process of reorienting the economy for contraction and self-reliance, and Building Lifeboats, which is a ground-up process of communities building their own self reliance.

Bush’s speech comes closer to Waiting for the Magic Elixir than Powerdown. The thing that struck me about it, was that, as I have discussed in previous posts, peak oil is one of those things that people will ignore and deny until it has already happened, and then, once it has happened, all talk about as if they had always known about it. The other morning on Radio 5 Live a Liberal politician was talking and just dropping in the term peak oil as if he had been saying it since primary school. 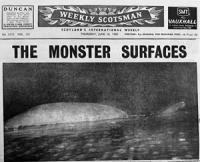 The point I want to make here is that if the Peak Oil movement (is it a movement, a community or a concept?) sees its main role as being to enlighten people about peak oil, then one day it will wake up and find that all of a sudden everybody knows about it and it is taken as read. Overnight we will become redundant, superceded by events. It is a bit like having an organisation dedicated to enlightening people to the existence of the Loch Ness Monster. Eminent scientists and passionate lay people actively trying to raise awareness as to the existence of these creatures, running conferences, publishing papers, appearing in the media. Well meaning, hard working and committed to proving that their argument is correct. Then one day a Nessie washes up on the shore of Loch Ness for all to see, and overnight they become completely reundant.

What excites me about peak oil is that the peak oil bit of it is just the beginning, the springboard into starting to ask all the big questions. The thing is not to get hung up on the oil peak itself, rather to focus on solutions that we can offer when people do get the message (in the very near future). It is not an end in itself to get people aware about peak oil, unless we can also empower them to do something about it and see it as a great opportunity.

Jenna Orkin put it quite nicely at the end of a so-so article on CultureChange, called. She writes, “That’s not such a bad vision to live with: Sustainable living, at last. So what are we waiting for? Bring it on! It’s just getting from here to there that looks like it could be a rocky ride”. In the same way that we are working to ‘future-proof’ our lives and communities, we should also be looking to ‘future-proof’ the peak oil argument beyond purely the nuts and bolts of the Hubbert Peak, and present the peak oil argument as the most dynamic, insightful, exciting and relevant response to oil peak and the wider sustainability challenge. Otherwise we may find ourselves going the way of our fictional Loch Ness Monster Society (a trail that Y2K organisations have already blazed for us…).

*PS. Before you all start writing in telling me that the top picture in this piece is a hoax, I know it is, it was made by two students who made it out of plastercine and stuck it to a model submarine…the second one was never disproved as far as I know…there are some other good pictures, but actually, the point of this piece was not to convince you as to the existence or otherwise of the Loch Ness Monster, (I’ll leave that to other people rather to make a wider point…*

I agree, the issue of Peak Oil will very quickly become as accepted as concepts such as ‘global warming’ or ‘climate change’, and we will not have to go into the details of peak each time we speak. This will allow us to get down to, what excites me and probably most of the transition culture readers, how we respond..

Although in the UK the Independent and Guardian newspapers and various TV shows have discussed the issue, here in Ireland there has been virtually nothing in the media. This week though all that changed. Each night on prime time national radio, on a show called ‘Five Seven Live’ there has been a special feature on ‘Peak Oil’. (It is archived on RTE’s site so you can find it easy enough.) There was Campbell, Simmons and Heinberg on our national airwaves, at the perfect time of day as probably 50% of the population are prisoners in their cars. Suddenly the awareness of Peak Oil is mainstream.

So are we ‘Peakniks’ redundant? Not at all! Now we have to be ready for the onslaught of questions, to be able to dispel the myths, to be positive and show how this could be an opportunity and not the end of civilization as we know it. We, along with our family, our friends and our communities, need to get ready to live in a low energy world. Sustainability’s time has surely come.

I agree with Rob lets not get hung up on the oil peak moment itself, lets focus on responses (not sure if there are solutions) and usher in ‘the great re-skilling’ because its time to ‘rethink everything.’

Watch out for details of Convergence 11 – ‘Learning To Live With Less Fossil Fuel’ which takes place at the Cultivate Centre in Dublin from the 19th to the 23rd of April.
See http://www.sustainable.ie/convergence

I’m not sure if I believe in peak oil, but I do believe that there are limited reserves of oil. I believe the only viable short term solution that will help is nuclear power. Fusion is too big an unknown, it may or may not ever be viable and may or may not generate more radioactive waste then fission power plants. Conservation, solar, wind, etc won’t have a quick enough effect for the real short term, but are the best long term solutions. We need viable plans to deal with both the short term (next 10 to 20 years) and long term (20+ years). We need leadership that looks past the next election.

I use reusable fabric bags so I don’t need bags at the grocery store. I use milage as one of my criteria for car purchasing. I combine trips whenever I can to reduce driving. It may not be much, but every bit can help.

Your discussion of peak oil is ok but I wish somebody would direct a discussion as to why the major media (TV, most local newspapers, public radio and televison) ignore even the possibility that we will even have a peak.

Awareness is just the beginning, as is peak oil. Once people get their head around the “oil is finite” possibility, there is the “we can’t just switch to electric cars (because there is not that much electricity” and “natural gas has it’s own issues” messages. In fact, right now when I speak about energy issues, I describe oil as only one aspect of our whole Energy Predicament.

I agree completely that the topic of Peak Oil is becoming mainstream. What was interesting last year was attending the first annual peak oil conference for ASPO-USA in denver. It took place over a 3 day period and consisted of everything in between. There was only a short intro to the idea of peak oil, because so many attendees already knew of the “nuts and bolts” of the Hubbert thoery. The rest of the conference exposed, mitigation, risk management, adding up alternatives, land use, supply side, demand side, EROEI, governments role, documentaries and some good food! I urge anyone interested in actually learning something about the topic of modern energy and the role of peak oil, to attend the 2nd meeting coming up next fall in Boston! http://www.aspo-usa.com

I wish the goody two shoes would stop trying to warn people about peak oil, as knowledge is power, and those of us who have that knowledge need to keep it to ourselves. The world cannot support six billion people without cheap abundant oil, and some of us plan to survive by building our own relatively self sufficient Feudal plantation systems before the rest of the people notice the coming end of the oil culture. Better to be the local Feudal lord than to be a serf (as it is better to be a hammer than a nail). So please, stop with the warnings!

As to W.G. Carr’s comments – I don’t think you can have a Feudal plantation system…I mean feudalism requires two way obligations; especially for soldiers(excepting scutage of course). A plantation epitomises slaveholding with no military function; only a very foolish owner would arm slaves. I guess essentially the difference is that serfs are not slaves.