Some thoughts on Syriana

Of course those of you who read **TransitionCulture** from the US will have seen this film months ago, but it only just reached the misty shores of South Devon. I went to see it last night at Paignton Cinema, and thought I would attempt to record some thoughts about it. Trailed on some peak oil websites on its release as the first “peak oil movie”, it was clearly something that had to be seen, not least to see how Hollywood might deal with such a complex issue. George Clooney was one of the producers, and it is one of a couple of quite politically thoughtful films he has made recently. But is it any good?

The actual plot of the film is very complex, with six or seven separate story lines running parallel and only occasionally overlapping (“everything is connected” is the tagline of the film). Set in the fictional kingdom of Syriana (clearly meant to be Saudi Arabia), the heart of the story is an ageing and dying Emir who has two sons, one of whom wants to reform the way the country’s oil wealth is used, seeing it as his duty to use the remaining oil wealth to build a nation that can survive when the oil has run out, and the other who loves the wealth and the influence and just wants to keep on selling it to the highest bidder (the US). We see all the dirty dealings and politics that go on behind the scenes of the oil industry, including a disaffected young Muslim man who ends up becoming a suicide bomber. The film is a very current, and, by my sense, quite accurate look at the oil industry and how it operates at those levels.

So where does peak oil come in? Nowhere, in an explicit sense. The term is never used, no Hubbert curves are sketched onto restaurant tablecloths, no-one talks about peaking at all, and there are no walk-on cameos for James Howard Kunstler, but it is always there though in the background as a kind of unspoken pressure building on people. The only time it is voiced is when the reformist Prince asks Matt Damon’s character what he thinks he should do, and he replies “the stuff is running out, it’s running out, and you have most of it…” or something like that (I did try to write his little speech down in the cinema, but it was too dark to see the page!!). The plot is fast moving and thrilling, and keeps you on your toes. I wouldn’t claim to have got all of the subtleties of the story, I’m sure there are bulletin boards on the net debating the subtleties of the sub plots endlessly.

So, it isn’t especially revelatory on the subject of peak oil, it isn’t the most comprehensible storyline ever, so what does it have going for it? The main thing that I felt afterwards, as I used some of the fuel at the heart of the movie to drive home, was that it gave a very clear insight into the nature of the system that meant that I could put the diesel in my car in the first place. Syriana brings into clear focus the heirarchy of suffering that keeps this liquid flowing. Next week I buy a bicycle.

From oil company executives who have been so vile to everyone to reach their positions of power that they have to sleep with a pistol by the bed and can trust no-one, to secret service men who find themselves disposable after risking their lives for decades, to young men coming to Syriana from Pakistan to find work and end up so marginalised and abused that they becoming drawn into suicide bomber cells. All the way down the line there is misery, suffering and people abusing other people. No-one was having a good time, everyone suspicious of everyone else’s motives and out to get what they can. So many people are seen as disposable, from the oil workers sent home when the company changes hands to the executive who it is decided must be ‘investigated’ so that the larger company can preserve its ‘clean’ image. A complete absence of EarthCare, PeopleCare or Fair Shares (the 3 ethics of permaculture). As we go over the top of the peak and things get tighter and tighter for the oil industry that culture of ruthless abusiveness can only worsen. 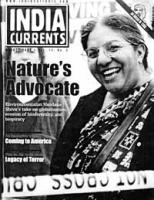 It brought to my mind something that the great Indian activist Vandana Shiva said when I saw her talking in Dublin in 1996, “if people withdraw their support, these systems will not be able to run”. More than ever it reinforced for me the need to try and enable as best we can communities to step out of dependence on this liquid and the suffering it creates. Energy descent planning work feels, to me, to be the some of the most compassionate work we can engage in at present, not only in terms of building support systems to minimise the degree of suffering when peak oil hits, but also reducing the ocean of suffering that our oil addiction and the system that supports it creates. Syriana may not have had people leaving the cinema talking about the concept of peak oil (although in the US the Post Carbon Institute leafleted some screenings to highlight the links with the peak oil issue), but it will have helped them to see the odious system that keeps the oil flowing. Perhaps that is as important a starting point. George Clooney should be applauded for taking on such a challenging subject in such a gritty and truthful way. Could have done without the torture scene though…ouch.

I think the scene you refer to wa when the more progressive of the Princes ask the US consultant “What are the Americans thinking?” and he replies “What are they thinking? They are thinking that it’s running out. And you will have squandered the greatest resource the world has known.”
I pretty much agree with your appraisal, Rob- I thought the best bit about the film was the graphic and visual display of the different aspects of the oil industry and its global reach. The sub plot of the young Muslim men and their manipulation to become suicide bombers was well done i thought -and probably the most comprehensible part of the whole film! Any one distributing Peak Oil leaflets outside cinemas this side of the Atlantic?

Rob;
A fair and interesting look at something that i had wondered the same, ie how can Hollywood deal with such an explosive subject, which if it could show the full horror, really spell it out of the global oil business, it would either turn everyone off, would make your eveninng a reall bummer, or it would never get made in the first place. Sounds like Clooney did some good work.
I’ll get to see it soon, flu willing.
Naresh

I was too spaced out by that movie to review it, I thought about it. The different threads had me a little confused.
But the ominous, dark part is migrant workers in squalid conditions, treated badly at one end and on the other oil companies ordering the asassination by the CIA of a regent practicing free market principles by letting oil go to the highest bidder. Distributed energy networks, situations where you need a constant “top up ” of energy via the grid or network of filling stations put the individual in that weak position of being at the mercy of the energy corporation. Never mind the bicycle, I’m walking to the relocalisation meeting!

Hi Rob. I wrote my review over here:
http://thoughtoffering.blogs.com/ice_seeds/2006/03/syriana_the_mov.html

(tiny that it is)

Our little town, Thornbury, is going to show it during next season (not sure what that means) but I’ll go ahead and leaflet it too and try to hold a public discussion afterwards. This Thursday night, though, I’m (as you know) broaching peak oil for the first time locally. If anyone wants the PowerPoint (which includes Climate Change and the UK energy gap) let me know. It doesn’t give answers but hopefully asks the right questions. It’s in light of the current UK Energy Review Consultation that ends April 14th.