« If Lawns Were a Psychosis, they would be… obsessive compulsive disorder
Ireland’s ‘Hirsch Report’ Released »

Another Indicator that the Peak is Near… 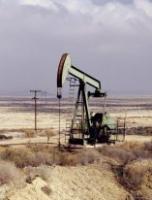 Yesterday’s Independent’s Business section contained an article by Simon English called Opec ‘doing all it can’ for oil prices which offered another insight into the fact that the peak is very near. It is an interesting feature of peak oil that many of the most interesting articles and insights on the subject are to be found in the business sections of the newspapers. Certainly the business section was always the part of the paper that I avoided like the plague, a sort of seedy and barely comprehensible world that really I’d rather not know anything about. Now it is one of the first places I look for the really meaty energy stories, and these days they are on the increase.

English’s article reports that OPEC has admitted that it can do little to control prices, and is unable to increase production to meet the growing demand, especially from China. One very telling paragraph gives the game away;

>Abdullah al-Attiyah, Qatar’s Oil minister, said yesterday that there are no plans to increase levels of production to meet extra demand. “The price as it is now, nothing will happen,” he said. “Even if it reaches $70, what can we do? We are doing all that we can.”

“We are doing all that we can”. In other words, we are producing as much as we can, in other words we cannot increase production, in other words, we are very close to, or at, the peak. In a vain attempt to end the piece on a positive note, English says, “Some Opec players are investing heavily to improve production capacity”. This gives little hope for optimism, as increased production capacity just means that what is left gets used up quicker. There is no way around the fact that OPEC’s large oil fields are old and tired, and have mostly peaked. It cannot be too long now until, like the recent leak from the Kuwaiti oil company, OPEC countries begin coming clean about the true nature of their reserves. “We are doing all we can” has a slight tone of desparation about it, which will only increase in the coming months.

This article seems to simply reconfirm the many reports which are available to the public. i wonder if major media and governments will ever announce the occurance of peak oil. If so, this would have to be in retrospect. But then in retrospect the knowledge that it has happened probably doesn’t help solve any immediate problems. What is quite sad is the general public are quite ignorant to the real driving factors of oil price dispite it costing them everyday.