Ask the Wrong Questions and You’ll Get The Wrong Answers – ADAS Report on Future Land Use in the UK. 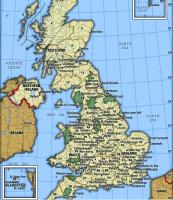 Last Friday’s Independent ran a piece called How a ‘green’ Britain should look in the year 2020, which reported on a study by ADAS, a body which specialises in supplying advice on the environment, which looked at how the Government’s present renewables targets will affect land use in the UK. The results were very disappointing, and highlighted the delusional thinking in Government circles in relation to the whole peak oil question. Reading between the lines is a skill we all need to learn and fast.

The Independent claims that the forthcoming Energy Review (due out today) will set a target of one fifth of electricity generation from renewables by 2020, and double that by 2050. They also propose that by 2010, 5% of the liquid fuels used in transport come from renewable sources. The ADAS report set out to explore how meeting these targets would affect land use in the UK.

They found that 3% of the total land mass would be needed for wind farms, and about 15,200 sq.km. for biomass plantings such as willows. In order to reach the Government’s target of 5% of liquid fuels from biofuels, nearly 1 million hectares of oil seed rape will need to be planted. Yes, that’s right, just 5%. The map (see left, click on it to enlarge) will inevitably cause palpitations among those who oppose windfarms, but for me it raised much more serious questions about the delusional thinking at the heart of this study.

This report doesn’t consider the implications of peak oil at all, just a gradual move away from carbon emissions. 5% of the nation’s liquid fuels coming from biofuels by 2020 is not in any sense a useful response to peak oil, yet even producing that amount will, the report argues, dramatically transform land use across the country. The report also assumes that we will continue to have access to cheap imported food, at least I assume it does, as the last study done into whether or not the UK could feed itself, Mellanby’s imaginatively titled Can Britain Feed Itself?, was done in 1975 and concluded that if all the productive land in the UK were utilised, the UK could feed itself on a diet similar to that of World War Two and if we ate a largely vegetarian diet. No mention there of using land to grow biofuels (or of permaculture, agroforestry, biointensive growing, urban agriculture, nut crops, aquaculture or raw food for that matter). We’ll need every productive square foot, and we’ll need to be imaginative in how we use it.

Once again we see an example of asking the wrong questions and getting utterly useless answers. We see from the map that no biofuels are planned for Wales, and virtually no biomass in Scotland. We are to assume then, I imagine, that we are still operating a centralised economy, with rapeseed being harvested in Sunderland and Inverness, transported to centralised refineries somewhere near Birmingham, and then being distributed around the country, despite the obvious inefficiencies of this approach.

Once again the weak point here is the transportation infrastructure. If ever a graphic demonstration were needed that we have to decide whether we eat or drive, this report is it, and this is only looking at 5% of the current transportation fuels demand! The underlying assumptions in this study are flawed, unsurprising really, as they are the assumptions of the present Government. We have to break our reliance on the car, this has to be an absolutely fundamental first step in any national powerdown.

The alternative to this, as will come as no surprise to **Transition Culture** regulars, is the relocalisation of energy, food, waste management and so on. This reduces the dependence on transport, and thereby the need for land dedicated to fuelling our often pointless moving of people and stuff from pillar to post. Some biofuels will be needed to maintain essential vehicles, but the emphasis now is to lessen the demand for energy across all sectors, transport, food, housing and so on. If we can bring consumption down by 60% then we have a chance. 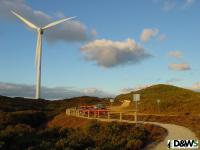 The ADAS study shows graphically that business-as-usual is no option, that the idea that we can carry on as at present, just running our cars on biofuels is a delusion. There is an urgent need for a revision of Mellanby’s 1975 study, given that so much productive land has been lost to housebuilding and so on. Surely the ADAS study has got this the wrong way round, we should begin by working out how much land we will need for food, and then see how much is left over for biofuels and biomass. At the end of the day, food takes priority. Seems the much more responsible way round to me.

The vision of Britain in 2020 presented in the ADAS study is not one of a ‘green’ Britain, rather one (assuming it is ever actually realised, which is extremely doubtful) of a nation living in a highly dangerous condition, believing that there is no problem as steps have been taken, but actually on the verge of a calamitous shortfall in energy, no contingencies in place in terms of food production or manufacturing, the window of opportunity for actually designing a system that could sustain the country having been frittered away. The Independent writes that Government targets “cannot be met without a huge upheaval in land use

Excellent post. I once went for an interview with ADAS. If ever there was an example of entrenched mainstream thinking, the men in suits who grilled me were it. I didn’t get the job – phew!

Fortunately the energy review will be recommending lots of new nuclear power later today, so everything will be alright! 😉