« Going to Glastonbury? Fancy Helping Out the Transition Stall?
Super Furry Animals Capture a Moment from a Post Carbon Future »

The Transition Initiative: changing the scale of change, from The Orion magazine 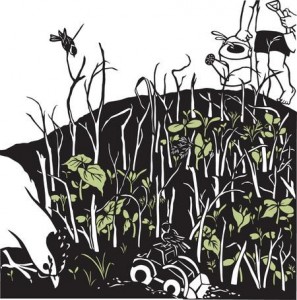 Here is an excellent piece from the latest Orion magazine….

The Transition Initiative: Changing the scale of change
by Jay Griffiths
Published in the July/August 2009 issue of Orion magazine

A WHILE AGO, I heard an American scientist address an audience in Oxford, England, about his work on the climate crisis. He was precise, unemotional, rigorous, and impersonal: all strengths of a scientist. The next day, talking informally to a small group, he pulled out of his wallet a much-loved photo of his thirteen-year-old son. He spoke as carefully as he had before, but this time his voice was sad, worried, and fatherly. His son, he said, had become so frightened about climate change that he was debilitated, depressed, and disturbed. Some might have suggested therapy, Prozac, or baseball for the child. But in this group one voice said gently, “What about the Transition Initiative?”

I would say thats true – a hole in the human psyche the size of a village. Each and every day – as things stand at present – we are reminded that people basically see themselves as individuals/doing what suits them personally best and lying/fighting/whatever they deem necessary to protect their own personal interest. So – we often think “if you cant beat them – join them” – but hope never dies that maybe/just maybe there is another way to live – a way whereby people help because they want to/because it makes them feel good about themselves and not because they’re thinking “whats in it for me?”. Is it possible to change this? I dont know. Is it desirable to change this? Yes – obviously.

A change to a different way of being is both desirable and necessary. I dont know if its possible – most people in Transition are basically nice people – most people in Transition are reasonably unselfish people. One despairs at the exceptions being there even in the Transition Movement. One despairs at the “blind spots” one sees in the best of people. But – hey – we gotta start somewhere and we gotta try.

There is a current ongoing discussion in an Internet community I am involved in about religion – though the Forum is purely “worldly-based” – so its surprising that people wish to discuss this in a way in that particular context, but some clearly do. People are saying where they personally “belong” in this respect and there is complete tolerance being shown for wherever people say they “belong” – which I think is very positive (one or two faiths are very conspicuous by their absence – but those of us participating are being very respectful of each others views on this). The thing that strikes me here is that – even some of those who say they have no religion/dont particularly want to affiliate with any are still commenting how they would like the feeling of some sort of sense of community/some feeling of (what one could call for want of a better word) spirituality/meaning in life.

Dynamite article, one of the best I’ve seen on Transition. It goes into the deeper issues that are usually not addressed by the usual media coverage.

… by a writer has been featured here before. “While peak-oil activists foment panic, the ‘Transition’ movement sees a graceful evolution back to the Stone Age.” It overplays the drama within the movements but it’s basically more interesting publicity for transition.

… ‘Hell in Earth’, describing its author’s failed allotment from the 70s. “You can’t have an allotment and a life.”

… showing how alien intervention is our best bet. Assuming galactic oil has not peaked, we can expect this influx of alien oil soon. “Since Earth has few resources to trade for this oil, let us assume that the aliens will be happy to give us their oil in exchange for a truly excellent recipe for brioche à tête which (for reasons we should find intuitively obvious) no-one in the rest of the universe has been able to perfect.”

the primary knowledge project is
Gaia Permaculture – organic geo engineering, a fusion of Gaia Theory and Permaculture, scaling the Transition Towns movement up to a planetary scale

the primary knowledge project is Gaia Permaculture – organic geo engineering, a fusion of Gaia Theory and Permaculture, scaling the Transition Towns movement up to a planetary scale

[…] Transition Initiative is concerned with the transition to a post-fossil fuel society, based on the necessity of change […]