« Kinsale Action Plan – sending up shoots around the world…
One man’s efforts to prepare for the Peak. »

Things get more worrying each day as regards Iran and the US and Britain’s sabre rattling in their direction. I want to draw your attention to two articles and two books that will help you to make sense of what is going on at the moment. The Iran Crisis and Peak Oil by Charles Whalen sets out very clearly what he thinks is going to happen over the next few months, and it won’t be pretty. He talks of US military action leading to oil prices over $300 a barrel and to a meltdown in the Middle East.

In Plymouth Railway Station yesterday I was impressed to see John Pilger, one of the few journalists, like Robert Fisk, with real integrity, with the cover story on this week’s New Statesman magazine. His article, Iran, the next war tells it like it is. Pilger systematically dismantles the arguments for going to war with Iran and sets out the true reason. Iran is a nuclear threat right? Wrong.

>Iran offers no “nuclear threat”. There is not the slightest evidence that it has the centrifuges necessary to enrich uranium to weapons-grade material. The head of the IAEA, Mohamed ElBaradei, has repeatedly said his inspectors have found nothing to support American and Israeli claims. Iran has done nothing illegal; it has demonstrated no territorial ambitions nor has it engaged in the occupation of a foreign country – unlike the United States, Britain and Israel. It has complied with its obligations under the Non-Proliferation Treaty to allow inspectors to “go anywhere and see anything” – unlike the US and Israel. The latter has refused to recognise the NPT, and has between 200 and 500 thermonuclear weapons targeted at Iran and other Middle Eastern states.

So, and I won’t insult your intelligence by assuming that you hadn’t twigged this years ago, but it is of course all about the oil and and strategic positioning. One week George Bush tells us that the US is ‘addicted to oil’, the next he is planning to attack Iran, rather like an alcoholic trashing the inside of his house to show you how miserable he is. I would urge you to read these two books to have a clear picture of what is going on behind the scenes here. Once you understand the ‘map’ it all makes sense.

The first is Mike Ruppert’s book Crossing the Rubicon which sets out this ‘map’ clearly and what is actually going on. I feel that the future will prove it to have been one of the most insightful and accurate interpretations of this period in history. The second is The War on Truth: Disinformation and the Anatomy of Terrorism by Nafeez Mosaddeq Ahmed, which systematically dismantles the myth that is the War on Terror, and what is really happening behind the scenes. It is essential in the coming year that we know the realities behind the news spin, and these two books offer the best way in you will find.

So what is the plan? Pilger understands it like this;

>While the Pentagon has no plans to occupy all of Iran, it has in its sights a strip of land that runs along the border with Iraq. This is Khuzestan, home to 90 per cent of Iran’s oil. “The first step taken by an invading force,” reported Beirut’s Daily Star, “would be to occupy Iran’s oil-rich Khuzestan Province, securing the sensitive Straits of Hormuz and cutting off the Iranian military’s oil supply.” On 28 January the Iranian government said that it had evidence of British undercover attacks in Khuzestan, including bombings, over the past year. 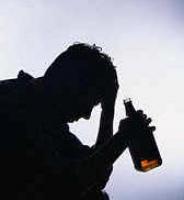 So. our addiction to oil has brought us to this sordid place. Every recovering alcoholic talks of a place when they ‘hit bottom’, when they realise how deeply in the gutter they are. When they wake up covered in vomit and find their long suffering family has left… my wish would be that this moment, as we stand on the brink of attacking Iran, proves to be our collective ‘hitting bottom’. Do we really wish our addiction to this stuff to lead to the possible use of nuclear weapons? I am an eternal optimist, but even I am struggling here… Breaking this addiction and building the new infrastructure is so, so important, really the most urgent work we could be doing. Read, investigate and understand, we need collective addiction counselling combined with practical action…and we need to have started about 15 years ago…

I also found a website called Global Security.org which is getting very excited about attacking Iraq, really, who are these people and how do they sleep at night?