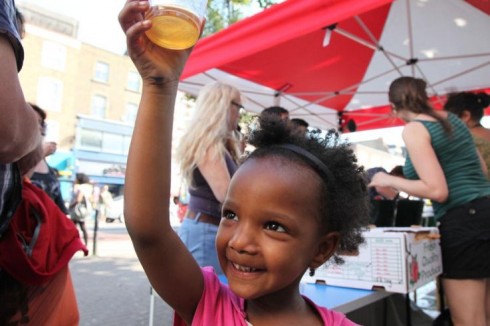 A bumper harvest of apples has resulted in an abundance of top Transition stories in the UK!   Local fruit harvesters, now part of Transition Kensal to Kilburn (K2K) were joined by the newly- formed Transition Willesden in setting up stall with traditional apple press in tow on the Kilburn High Road to make juice from locally-picked fruit.  As temperatures soared on an unusually hot autumn day, over 200 shoppers and children helped press the fruit, taste the juice and join in the fun (see above).  Pictures of the stall can be seen here; and local press coverage here, here and here. Thanks to Viv Stein of K2K for this great story!

Many of the north London groups also turned out recently for the launch of ‘The Transition Companion’ that took place at the Food from the Sky project on the roof of a Budgens supermarket in Crouch End.  Here are two short films that give you a flavour of that event, firstly the opening:

and then the main event: 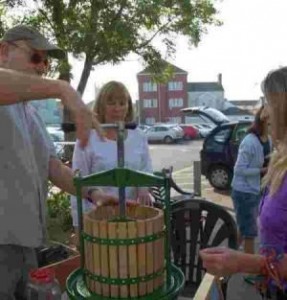 TT-Nailsea also hosted a successful Apple Day to make juice, wine, cider, vinegar and more from the windfalls and TT-Taunton also in Somerset invited people to bring their apples to be pressed outside the local brewhouse. 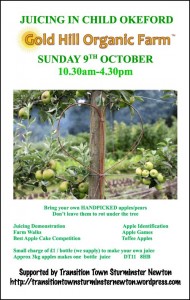 TT-Harborough held a similar event in Northants and TT-Sturminster Newton in Dorset held an event at Gold Hill Organic Farm where apple games, juicing demos and farm walks and a cake competition were the order of the day.  Transition Hebden Bridge have developed a puppet show to communicate Transition ideas, you can read more about that here.

Still on the theme of food, read all about the new venture of T-Haverfordwest  – Freshly Pembrokeshire Supper Club which celebrates food from the farmers market and other local suppliers. Here is a rather lovely poster they produced for the event: 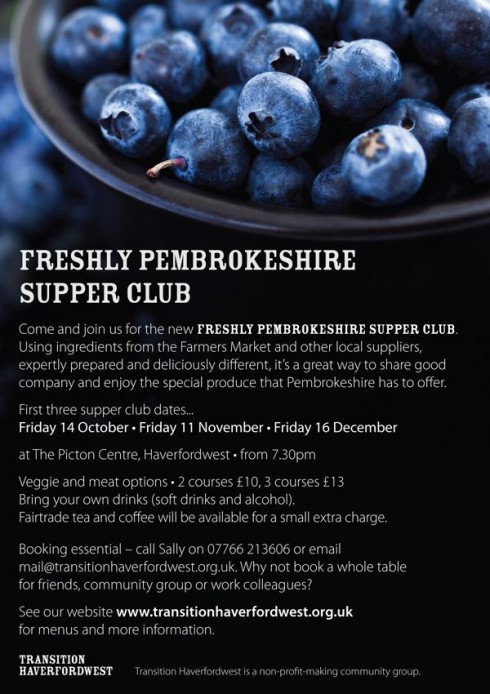 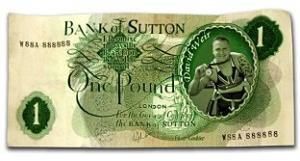 Inspired by the Brixton, Lewes and Totnes £’s, could Sutton in Surrey be the next town to launch its very own local currency the Sutton Pound (see left)?  Tooting are also moving forward with the idea of a Tooting Pound, you can keep up with developments on their website.  At TTT’s recent ‘Foodival’, the Tooting Pound was trialled, with some specially-printed versions being used for trading during the day.  The idea was officially launched with members of TTT and with local MP Sadiq Khan (see below). 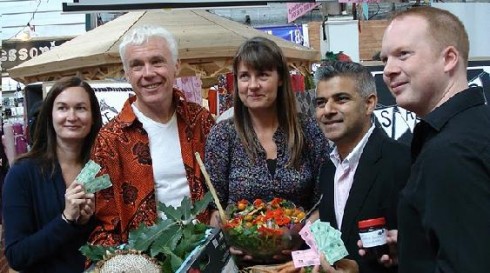 In Marlborough, Wiltshire, the town council has jumped on board with T-Marlborough agreeing to work on an action plan which will ensure the town moves closer to its goal of becoming an official TT.   In Christchurch, Dorset, the local council bought a patch of wasteland for £1 and with the help of the local Transition group plan to make it in to a community garden.

A positive result comes out of Merton council cuts as TT-Wimbledon and Sustainable Merton join forces to launch the Adopt a Green Space scheme.   The Eco Houses Under Construction project started when two members of West Bridgford in Transition (Nottinghamshire) were about to build/refurbish to create their own low-energy homes. They decided to invite other interested home owners to follow the projects with a series of site visits and information-sharing events. With thanks to Tina Holt for this story.

The Kingston Philosophy Festival which was organised by the local Transition and Amnesty International groups with a grant from the council centred around the theme of Happiness.  Finally, from Northern Ireland, here is a great little film about Transition Donabate Portrane and the work they are doing…

In New Zealand, the second annual Eco Festival was put on by the local Invercargill TT in Southlands, and attracted well over 500 visitors. Read the full story in The Southland Times.  From Brazil, here, firstly, is an interview with Mônica Picavêa of Transition Towns Brasil in Portugese…

… and here is another, this time in English.  Thanks to Simon Robertson for doing these… this one gives a good sense of some of the Transition work underway in Brazil:

In Canada, you can see  TGuelph’s (ON) comments on the Occupy movement which has spread to hundreds of cities around the world including Guelph and Toronto (ON).   TT Powell River (BC) screened In Transition 1.0 and hosted a post film discussion as part of the Green Film Series put together by community groups The Gibsons Green Team and Sustainable Coast Magazine in collaboration with the Sunshine Coast Film Society. 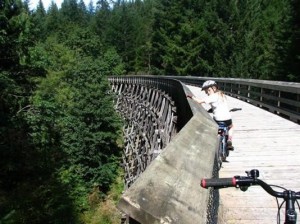 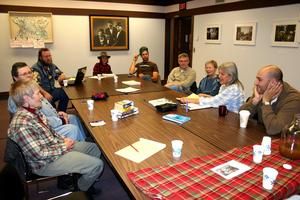 A small group of people from all over SW Minnesota turned for the first TT Montevideo meeting in the public library (see left). For the benefit of the newly formed Transition Town groups in Brattleboro and Dummerston in Vermont, “Save the Secret of the Seasons” was a participatory musical experience or “co-opera” that invited audience members to address their relationship to global warming and climate change.

TWayland (MA) took people to visit a local Orchard Restoration Project that was planted with around 30 trees back in 1993 and is now bearing fruit for the benefit of the community.   Motown goes Growtown! (I can’t take credit for that – it was Director Baz Luhrmann!)

Keene Transition and Keene Community Garden Connections in New Hampshire put on a film night and discussion following the screening of the film Urban Roots by Tree Media. Check out the Urban Roots website, watch the fantastic trailer below and see how the city of Detroit is taking back some power on the ground and changing its landscape in a most positive way. Truly inspiring.

You might also enjoy this Al Jazeera article, Functional Deficits for Dysfunctional America, which makes reference to the Transition movement.  Also, always worth checking out is the Transition US October newsletter.

Moving to Ireland now, the Kinsale 50 Mile Meal Award has been presented since 2007 at the annual Kinsale gourmet festival. It is awarded to meals made with ingredients produced exclusively within a 50 mile radius of the town. Read the full Monsters & Critics story here.   Also in Kinsale, check out this lovely short video made by TTKinsale to celebrate their Autumn Food Fest:

Cultivate is a practical sustainability organisation in Ireland which works closely with Transition Ireland and Northern Ireland and they have produced this wonderful animation on community resilience called Surfing the Waves of Change. It’s just over 9 minutes long but well worth a look..

In Germany now, and as Gerd Wessling tells, this year’s Transition “Un-Conference” for the German-speaking Transition community took place in in Bielefeld & Oerlinghausen, Germany and was a great success. Nicole Foss (aka Stoneleigh) was the keynote speaker and was an engaging and knowledgeable as she talked about the current energy & financial crisis hitting us all on a global scale.  Here is a short film from the event:

We than had 2 great days of glorious sunny autumn weather in the Teutoburger Forst, busily networking, doing “Stone-Age Re-Skilling” , sharing our best Transition & other practices, “localizing” Transition further into the European & German-speaking context, live music, celebration, dancing, art, fun & laughter from old & new Transitioners alike.  Our deep gratitude to all the wonderful team members, participants and the many helping hands which helped make this event so special.  Event images & reports (in German) can be found here. 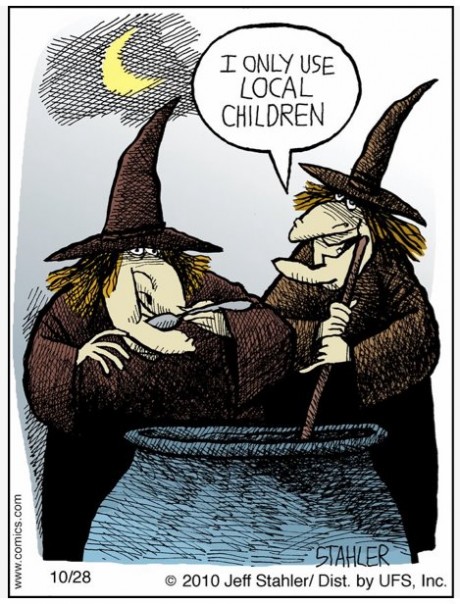 Just a reminder that the projects page on the Transition Network website is a constant source of inspiration..  and if you particularly want a story to be covered in the next round up, please e-mail the info with any links, pictures etc. to Amber at pa.robhopkins@gmail.com.  This will be the first roundup to be followed up, two weeks later, by a podcast, going into more depth on some of these stories.  Watch this space!

Love the Transition Town Donabate Portrane film – really well made. Also pleased to see Transition Battleboro here. I visited their farmer’s market on my recent (and last ever) trip to America – it’s really amazing. And go Detroit! Very cool.
Was disappointed by Surfing the Waves – a couple of friends have been raving about it. I’m not sure who the target audience is. It’s a bit teachery, defining jargon like “bonding capital”. Is it to try and make people teetering on the edge of getting involved define themselves as “catalysts for change”? I’m worried that those already in the know will understand this film but people new to the ideas won’t get it quickly enough. I wonder if it’s more powerful to show the change rather than explain it – if the intention is to draw people into getting involved.