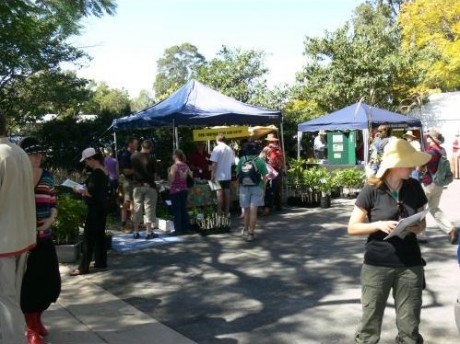 It’s time for the monthly roundup of all things Transition from across the globe.   We’ll start down under in Brisbane, Australia where a Sustainability Day was held at a school in Hillbrook. The all-day event included music, speakers, practical demonstrations and workshops. Local Transition groups were one of many represented at the event which encouraged people to connect, enjoy and celebrate the school’s 25th year.

Much further north in Queensland, RealFood network together with Friends of the Earth invited people to a Recharge Kuranda Initiative which supports the aim of turning Kuranda in to a Transition Town. People gathered to discuss how this unique village in the rainforest could enjoy a future that is “energy- lean, less stressful, happier and healthier”.  Meanwhile, airing across the entire continent via Radio National, Rob Hopkins could be heard taking on Dr Chris James on ABC Radio’s Bush Telegraph.  Also, Transition Bellingen in New South Wales have just posted this film of a ‘Visioning Fair’ that they ran a couple of years ago…

Across the water, James Samuel of Transition New Zealand sent us this heart warming and inspiring film about a small town at the epicentre of a big earthquake. This film portrays the healing power of arts and the connected nature of the community in Lyttelton, the port for Christchurch, NZ. In case you missed it on Transition Culture, here it is… 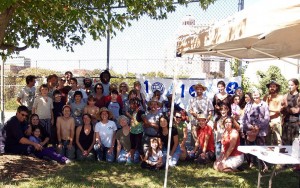 Over now to North America where Transition Town Manchester (VT) invited residents to join them for an evening of ‘Green Drinks’.  Green Drinks is an organic, self organising international network which encourages people to meet up over social drinks to discuss a variety of environmental issues/concerns. Click here to find Green Drinks from Argentina to Zambia and a whole lot in between!  Down in North Carolina, here’s a great picture of the folks of Asheville who are now officially calling themselves a Transition Town (see right). Go Asheville!  At a meeting in Southern Humboldt County called ‘Beginnings in Briceland’ on May 15, 2011, Willow gave a talk to a rather small audience about Transition: 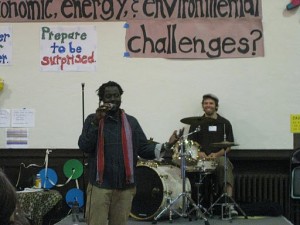 A few miles South in neighbouring Hendersonville, a forum titled ‘Who Turned out the Lights?’ was held at Henderson County Public Library which invited discussion on how the town can thrive in the face of higher prices for gas, energy and food.   Read about Transition Town Lyons in Boulder County, CO who get some great coverage in this Lyons Recorder article which focuses on the town’s ongoing success as it encourages all core community groups “to feel they are a healthy part of the fabric of Transition resilience”. One of the main goals of Transition Town Lyons this year is to tap in to “the collective genius of the community in the process of working towards the creation of an Energy Descent Action Plan” (EDAP) “.   Transition Albany just held their Unleashing (see left)!  Sounds like it was a fantastic evening.  You can read Transition US’s June update of other Transition happenings across the US here.

Further north and across the border in Canada, it was Transition Time for a Community Garden in Meaford, ON where an Eco class at GBSS (Georgian Bay Secondary School) handed over responsibility of running the garden to Transition Town Meaford and the Golden Town Outreach Food Bank (see right).  Transition Toronto just hosted a screening of The End of Suburbia with film-maker Greg Greene to kick-start their very own Transition Toronto film contest. Participants are invited to depict the future of Toronto communities in the year 2030, either after or during a successful transition away from fossil fuels.  Click here to read more…

In the Netherlands, it looks, as far as my understanding of Dutch will permit, as though Transition Town Breda have been giving away plants for free:

As for this one, also from the Netherlands, quite frankly I have no idea what’s going on:

Transition Rotterdam have been making a great community garden in the city, here someone walks us round it with a video camera:

…and Transition Town Dordrecht have been out in their neighbourhood picking up rubbish, followed by a relaxing evening by the river:

Transition Town Tilburg did some sort of an event that involved food, and also people talking… beyond that, frankly I have no idea:

From Germany, here’s a talk by Norbert Rost about Transition and the potential role of regional currencies (in German):

In the UK, let’s start with my favourite film of the week.  Transition Bath recently created a vegetable garden in Hedgemead Park in the city, and produced this lovely film about the process…. inspirational stuff…

A proposal to build Scotland’s first urban wind turbine on the north Edinburgh coast has been launched by Greener Leith and PEDAL – Portobello Transition Town.   Penrith Action for Community Transition (PACT) are proposing a car club: 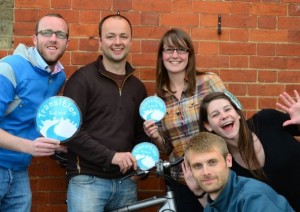 Transition Rutland having a good time...

In Rutland County, volunteers from Transition Rutland (see left) have been busy encouraging people to get on their bikes though confidence training and free bike servicing. Read more in this local Rutland & Stamford Mercury article. Transition Hebden Bridge are exploring the possibility of setting up a water turbine near the town. 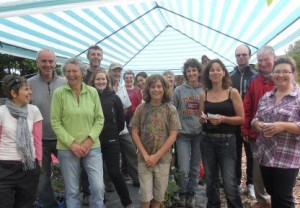 In Dorset, Transition Town Dorchester celebrated their third birthday with an outdoor party and AGM. They have all kinds of interesting projects underway, including the Under Lanche Community Farm.  London and Thames Valley Transition groups gathered at the Grow Heathrow gardens to share experiences, workshops and presentations and a tour of the site.  Click here to view a lovely photo essay compiled by Jessica Sumerling of the Grow Heathrow site over the last year.  You can also read Ben Brangwyn of Transition Network’s reflections on the gathering here.

Transition Town Kingston are compiling a database of all the productive trees in the area so they can get permission to harvest unwanted fruit and donate it to homeless shelters and nurseries.  Transition West Kirby are planning ‘Fruitshare’, which will, similarly, collect peoples’ spare fruit and give it away to the local community.  Transition Town Worthing are holding a story-writing competition: 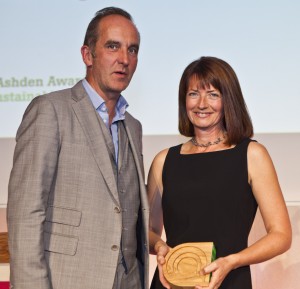 Now, a small section devoted to Transition Town Totnes (TTT) in Devon who were recent finalist winners of a 2011 Ashden Award for Sustainable Energy and Behaviour Change via TTT’s Transition Together programme.   Read Chris Bird’s full article and view the video here on Transition Culture.  This fantastic achievement was picked up in the international press, the national press and the local press. Well done TTT!  Here’s a film about the award produced by the Ashden Awards folks.

A few Transition projects have been bidding for the Energyshare funding, which invites people to bed for different proposals.  Transition Town Poole have been bidding for a tidal scheme, a number of North London Transition groups have been applying to do energy efficiency work, Teign Estuary Transition wants to do lots of energy conservation work too, PEDAL (Transition Town Portobello in Edinburgh) want to put up an urban wind turbine, and the Totnes Renewable Energy Society is also bidding for funding.  Loads of other Transition initiatives are registered on the site, which is turning out to be a very interesting tool.  Please give them your support.  The site is easy to register on and you can vote for more than than one project, so give the Transition projects a boost!

Here are two Transition-related articles to read at your leisure; one is a blog piece for Forbes by Haydn Shaughnessy and the other is an article in the Sustainable Business section of the UK’s Guardian Newspaper which appeared following Rob’s attendance at this year’s RESOLVE conference in London.   Finally, a reminder that you can meet many of the people behind many of the projects outlined above at this year’s Transition Network conference at Hope University in Liverpool.  There are still tickets available, so hopefully we’ll see you there!

check out our transitionLocal Food movie made in Denmark Australia http://www.youtube.com/watch?v=zbdGOpdJODY