The Seven Ages of Transition 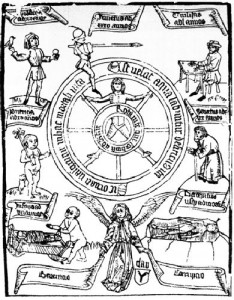 While there has been much discussion in terms of Transition and diversity over the past few years, little has been said about the issue of age.  It’s not something we’ve explored here at Transition Culture in the past.  Sometimes it is suggested that Transition only appeals to older people, whereas Occupy, for example, tends to attract more younger people.  But is that the case?  Is it that straightforward?  How might Transition best serve people at the different stages in their lives, and what might they, in turn, bring to it?  What are the things that attract people of different ages and what do they hope to get out of their engagement?  I ask these questions by way of stimulating discussion, and thought a useful framing might be William Shakespeare’s Seven Ages of Man (with apologies to female readers for Shakespeare’s gender focus), from ‘As You Like It’. It begins:

“All the world’s a stage,
And all the men and women merely players,

New from Transition Network! A guide to embedding diversity and inclusion in Transition 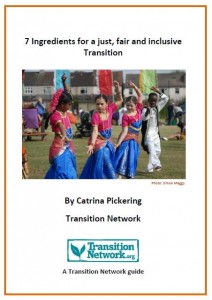 For the past year, Catrina Pickering has been Transition Network’s diversity person, developing trainings networks and insights around Transition and how initiatives might better embed diversity and inclusion in their work.  Sadly, the funding for her post recently came to an end, but before she moved on, we asked her to distil her learnings and accumulated wisdom into a guide for Transition initiatives.  So, hot off the press, here it is, your fantastic, free, 25 page guide to embedding diversity and inclusion in your Transition initiative or community project.  Pass it around, and do let us know what you think.

The Story of Transition in 10 Objects No.2: Bertie and Gertie 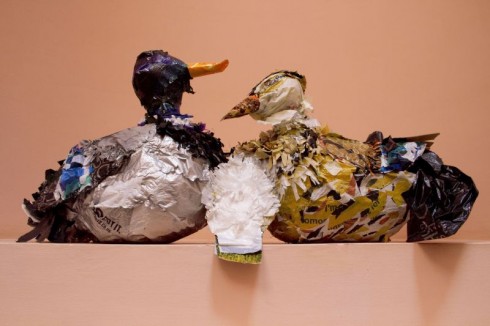 Here is the second in the ‘Story of Transition in 10 Objects’ films, which tell some of the stories from the forthcoming ‘The Transition Companion‘.  It tells the story of Bertie and Gertie from Tooting.

Discussion: Comments Off on The Story of Transition in 10 Objects No.2: Bertie and Gertie 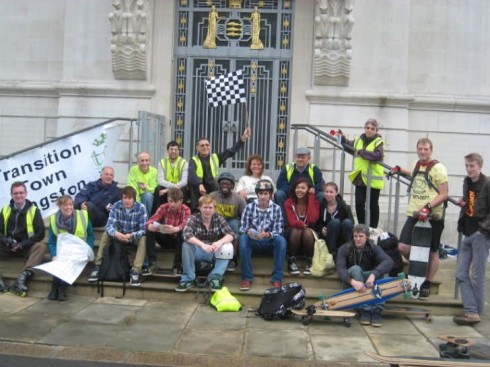 Let’s start with Transition Town Kingston in Surrey who ventured out  on bikes and skateboards to celebrate a Zero Carbon day which included a fossil- fuel free time trial. Here is their report of the event, here’s a report from the local paper, and here’s a video about what they got up to:

Seeking your stories about how your Transition group stops to reflect 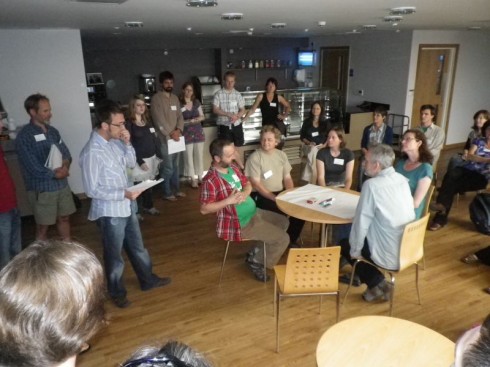 A Fishbowl conversation at the 2011 Transition Network conference, Liverpool.

The ingredients in the forthcoming ‘The Transition Companion’ are nearly done, but a few have spaces we need to fill, such as this one called ‘How are we doing?’ and I’d love to add your stories to it.  It looks at the value of initiatives stopping to evaluate what they are doing, reflecting honestly before adjusting what they are doing and continuing.  They might use Open Space, World Cafe, Appreciative Inquity, Fishbowl, or any range of other things.  I’d love to hear your stories, in no more than 300 -350 words. about your Transition initiative’s experience of doing that.  How many people came?  What did you do?  What did you learn from it?  You could either post below or email me at rob (at) transitionculture.org.  To get your thoughts flowing thus far, here is the main text for that ingredient.  Thanks!

Discussion: Comments Off on Seeking your stories about how your Transition group stops to reflect