Today’s post is really a warm-up for tomorrow’s.  Tomorrow morning, Transition Network’s REconomy Project will be publishing the first of 3 ‘Local Economic Blueprints’, for Totnes and District (those of Hereford and Brixton are in the pipeline).  I think it is one of the most important pieces of work that has yet to emerge from a Transition initiative, a real leap forward in terms of arguing the case for more local and more resilient economies.  For now, to give you a taste, here is the foreword I wrote that didn’t get used in the end, but which captures why I think it matters:

“Something remarkable is happening in Totnes. Something that is starting to be noticed elsewhere, something that’s a vitally needed story in communities up and down the country.  Greg Barker MP, former Minister for Communities and Local Government, noticed it recently when he told Parliament “what Totnes does today, the rest of the country will do tomorrow”.  The Western Morning News noticed it when they ran a lead editorial called “Hippy town comes of age”.  Chef and campaigner Hugh Fearnley-Whittingstall noticed it recently when he spoke of Totnes “blazing a trail for those who are interested in finding new heart in their community”.

A visit to Edible Landscapes London

I recently went to visit Edible Landscapes London, a project started a couple of years ago by Transition Finsbury Park.  The project describes itself as:

“a volunteer-led project which aims to help Londoners grow more of their own food. We propagate edible plants which are then used on local growing projects. We teach people how to recognise plants, which parts are edible, how to propagate them, how they are grown in a forest garden and even how to cook with them”.

On the day I visited it was pouring with rain, and with it being early March there was not much in the way of plants to be seen, but I made the following short film (slowly getting the hang of it, poor audio in places is due to torrential rain on greenhouse roof) which hopefully captures some of what the project is about.  See if you can spot the cameo by a mouse:

The Ghosts of Shoppers Past: why assumptions matter

Berry Pomeroy Castle near Totnes is famed for supposedly being one of the most haunted castles in Britain. It is said that the ghosts can still be seen of the Pomeroy brothers riding to their doom over the castle cliffs to avoid losing the castle following a siege.  Or there’s the Blue Lady, reputed to be a Pomeroy who strangled the child conceived with her father, or the White Lady, who was supposedly shut up in a dungeon by her jealous sister and whose ghost now walks the walls at night. None of these phantasms has any basis in history though: there never was a siege, the guy who first wrote about the Blue Lady said he had seen her in the Castle even though at the time of writing it had already been in ruins for many years, and the White Lady is the creation of a Gothic tale first published in 1806.  The truth about the castle is less supernatural and exciting but a fair bit more interesting. 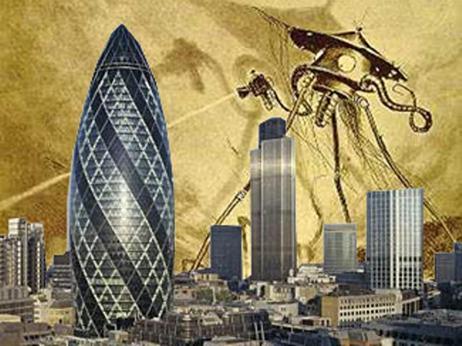