Building a New Local Economy Project – an invitation to participate

We (Transition Training and Consulting) are looking for up to 10 Transition Initiatives (based in the UK) that would like to participate in this project, helping us to shape it and deliver it. Deadline for showing your interest is 17th December.  The aim of this project is to help transition communities to grow social enterprises and influence existing local businesses such that they contribute to the wellbeing of that community, and society overall (including the most disadvantaged and marginalised), rather than pursuing economic growth at all costs.  We have used the term ‘business’ here but include, as appropriate, all types of private, public and third-sector organisations.

Transition Training and Consulting: a day with Norfolk County Council 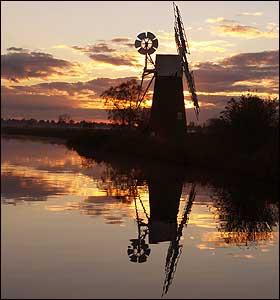 It was with some fear and trepidation that Alexis Rowell, a Camden Borough councillor and the author of the upcoming Transition Guide to Local Authorities (LA), and I arrived in a deeply conservative part of the country, Norfolk, to do a day with them on peak oil, climate change and the Transition town model and practice. For those that don’t know it, Norfolk is a stunningly beautiful part of the country which is partly comprised of two areas, the Norfolk Broads, a large inland waterway system and the Fens (see pics below) which is partly wild and very intensively farmed, it being one of the UKs most productive farmland. It is also largely at sea level therefore at the hard edge of climate change policy. As the Helen and Newton Harrison’s work, Green House Britain makes clear, a 5 metre rise in sea levels will mean a significant part of East Anglia would be under water.