« Can we manage without growth? An interview with Peter Victor. Part Two
A request from Nick Osborne of REconomy » 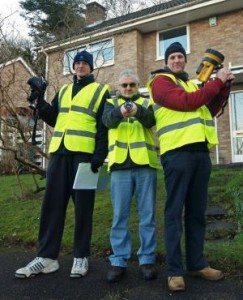 Welcome back to Transition Culture, and a Happy New Year to you.  We’ll kick off with our round-up of Transition for December.  We’ll start with a few stories of Transition groups working on energy efficiency and fuel poverty which, even though this has been the UK’s mildest winter for many many years, is still a big concern for many people, especially as energy prices continue to rise.  TT High Wycombe have created a Warm Homes Team (see right) who have taken to the streets with their council loaned thermal imaging equipment to address winter fuel poverty. 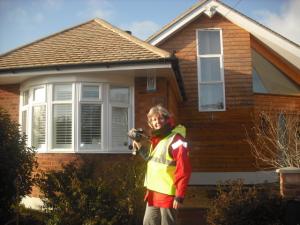 Also in Buckinghamshire, members of TT-Marlow are now trained in using thermal imaging cameras so they can help local residents see where they are losing heat from their homes and take appropriate action (see left).  In Lincolnshire, TT-Louth have teamed up with another community group called Groundworks to help those living in fuel poverty. Funding will enable them to carry out draught busting and other energy reduction techniques in around 20 local homes.

Transition Town Cheltenham recently held a festival at the Gardens Gallery, Montpellier Gardens, Cheltenham, celebrating one year of Transition activity in the town, an event captured in this great video: 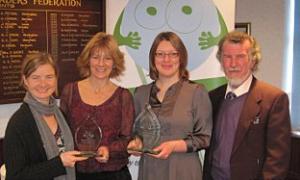 Chesham market has been crowned the Greenest Market in Britain. The market was established in 2010 by TT-Chesham in partnership with the local council.  Congratulations all.   Moving into Hertfordshire, Abbots Langley TT just has received a council grant to help them promote their activities within the wider community.  Also in Hertfordshire, Transition Northaw have started Community Beekeeping.  This video shows them “moving the new nucleus into our top bar hive”:

Incredible Edible and Transition Town in Wilmslow, working with Cheshire East Council, recently planted an orchard of fruit trees, captured in this film:

Clearly planting community orchards is very much in the air, because the good people at Transition Town Worthing have been doing it too, and have made one of their great films about it:

TT-Harborough is making a bid on behalf of the town for a slice of The Big Lottery’s Communities Living Sustainably fund and have asked the community to come forward with ideas.  Heading west into Shropshire, when the local council ditched kerbside collection of cardboard waste, two members of TT Shrewsbury decided to jump in and do something. In the run up to Christmas they decided to collect and recycle local residential and businesses cardboard themselves and all money raised from the innovative scheme was split between two worthy causes. You can also read more about it here in the Shropshire Star. 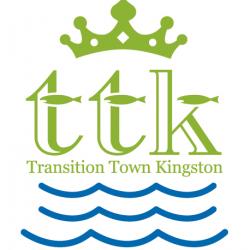 In Surrey, a local councillor has put forward a proposal for making Horley a Transition Town which has created much follow up discussion around the idea of a Horley Pound including who might grace the currency notes.   TT-Kingston get a positive write up in this SW Londoner article.

Transition Stroud held a ‘Winterfest’ that brought together the wide range of projects underway in the area:

One of the most exciting bits of news from December was that Transition groups were 3 of the 4 winners in the Energyshare/British Gas Energyshare vote (a story captured here and in this recent Transition podcast).  One of those was Portobello TT and Greener Leith in Edinburgh, who won £50k from Energyshare for their wind turbine proposal. If planning permission is granted for the site on a local water works, the turbine could be up and running by 2013 and powering up to 1300 homes. Read the full story here in the Scotsman.  Portabello TT have also been busy this month creating their own Free Energy Saving Guide which is a free download and really rather lovely.

In West Lothian, T-Linlithgow have an ambitious million pound action plan for sustainable travel around the town and hope to source the funding to enable their vision to become a reality. Go Linlithgow!

From Monmouthshire, we are grateful to Marcus Perrin of T-Chepstow for submitting this lovely story to us:

Children from Chepstow’s Pembroke Primary School ‘evening bike club’ were thrilled to receive an invitation to Llandaff Cathedral last month to meet Princess Anne and celebrate their achievements The after-school club was started by keen cyclist and parent Jayne Worrin before the summer holidays with Transition Chepstow members Jennifer and Nik Peregrine helping to maintain the bikes. Following huge interest from pupils and securing funding from the organisation Bike Club, the group is going from strength to strength. Additional volunteers are being trained to teach the children vital cycling skills and it is hoped children will be able to repair their own cycles with the purchase of a tool kit. While most children have their own bike to ride, the club has accepted repairable ones kindly donated by the local community, for those who do not. Bike Club is a joint initiative led by ContinYou, UK Youth and CTC, the national cyclists’ organisation. In Wales key partners also include Youth Cymru and ContinYou Cymru. More info on the bike club here… 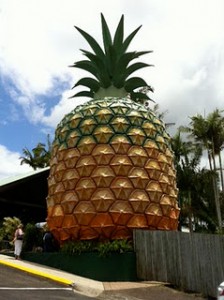 Leaving the UK now and heading to Australia, in Queensland, over in the Scenic Rim, one of the Tamborine Mountain Transition founders is assisting the Southern Gold Coast in its Transition efforts. Part of their awareness raising included screening In Transition 1.0 at the Gold Coast Arts Centre.  In case you haven’t seen it, here it is:

News to follow soon about the sequel, ‘In Transition 2.0’ which will be out in late March.  T-Nambour in the heart of the Sunshine Coast held info and conversation tables at their local Big Pineapple Growers’ Market throughout December.  Scroll down the page a short way to read their thoughts and vision about a Big Pineapple Revival (see right)!

From the US, you might enjoy Rob Hopkins’ responses to 9½ Questions in this article for TheAtlantic.com, and also this piece about the first ever Transition Congregations, offering a training and workshop specifically to interfaith groups.  For other stories from the US, check out their December round-up here.  In Chatham-Kent in Canada, Ignite Chatham-Kent is a high-energy evening of five-minute talks by people who have an idea, and who have the guts to get on stage and share it. Organized by local volunteers, Ignite Chatham-Kent is a force for innovation, excitement, and fun in the community.  One of their presenters was Lance Meredith, who gave a talk called “Transition Initiative for Chatham-Kent”. 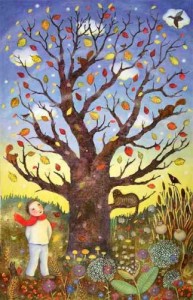 In Ireland, TT-Tralee held a Transition Christmas Fair which celebrated the many positive things happening within their community, and in Transition Voice, Kurt Trumble gives a traveller’s perspective on Kinsale, the birthplace of the Energy Descent Action Plan (EDAP) which led to the setting up of Transition in Totnes. 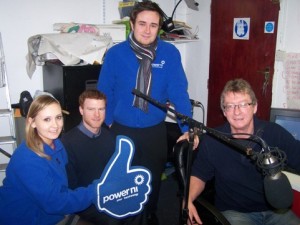 TT-Whitehead took to the airwaves on youth station Tune FM to talk up Power NI’s BIG Energy Saving Challenge (see left).  They have also been out planting trees, as captured in this wonderful film (tree planting with a Sigur Ros soundtrack, quite made my morning).  The tree planting captured in the film is just a warmup, in a few weeks they plan to plants 60,000 trees!

From Holland, here is a film of a presentation about Transition which unfortunately loses its sound after about 3 minutes, but given that most of you probably don’t speak Dutch anyway, and if you can you can probably read her slides which is some compensation, we thought we’d put it in anyway: 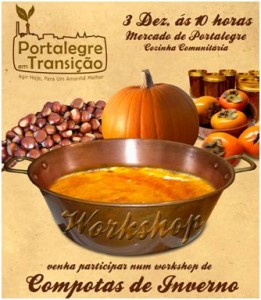 Lastly, let’s go to Portugal, where Portalegre em Transiçao held a community winter jam-making event.  You can see photos of it here, or read a more detailed report of it here.  Basically, they facilitated a completely self-organising event, where people decided what they wanted to make with winter fruits, the local council made a kitchen available free of charge, and 30 people gathered and taught each other how to make jams and preserves.  I love the poster, and it sounded like a fantastic occasion.

Claudian Dobos in Romania wrote to us the other day: “Last month we had the first seminaries organized in Romania with the tematic of TT.  The first was held in Cluj Napoca and was facilitated by Anne Ambles (TT Mayenne). A Romanian premiere. with the participated more than 24 person in this first moment. The organization was facilitated by the Romanian Permaculture Nework. The other cities were Baia Mare and Sighet.  Anne just took part of her holidays to facilitate this moments.  In January it will be held a seminary in Bucharest, Iasi and Cluj Napoca by Claudian Dobos.  Great news for Transition Movement in Romania for 2012!”

And finally, here’s an article on Resilience and the Resource Crunch as featured in US industrial news website Thomas Net.  Thanks, and do send us your stories for next month’s roundup.  In 2 weeks time we’ll put out the podcast of this roundup, going into more depth on 3 of the stories here.  To hear the December podcast click here, and for the November one, click here.

Thanks for your update which I got in my e-mailbox. In the world of transition on dec. 9th. we launced a new initiative which we have called: ‘EU Transition Free State. Open and independent citizen think tank for transitions in the EU’. This is achieved bij our new website http://www.intransitie.eu

We will try to make this initiative official as soon as possible.

Hi Rob, I have just recently discovered this site and my friend has just received some of your books.
Fantastic Work.

I’d just wondered if you like us to update you on the a project we have planned for Glasgow. I will leave two links at the bottom here…

If you’re interested I will keep you updated on any progress.

This is a wonderful round-up edition of your blog Rob. It fills me with great energy and optimism to see so many committed and engaged people at the local level doing things locally – brilliant and thoroughly inspiring. It’s so wonderful to see the Transition Initiative’s presented as they are. This is especially the case with the video about Stroud’s winter-fest – this is how the real changes will happen know, that’s for certain. I suppose it would or will never happen by being imposed from the top down, by national and international governmental organisation. So as soon as this really catches light we really will see a renaissance of nearly lost skills, culture and the communal solidarity these create. Wah-hay! Keep up all the great work people!
POWER TO THE PEOPLE WE!!! WE ARE THE ONES WE HAVE BEEN WAITING FOR!!!WE ARE THE 99% WHO RUN THE WORLD!!!

……sorry I’m getting a little excited…