My Conference – Audaye from Exeter

Ciaran writes: “Well, Audaye promised me several times he would give me his reflections of his first day at the conference. . . . . however  after posing for a photo and seemingly busying away writing for the blog, he started drinking beer in preparation for the EDAP session . . . I have not seen him since.

If you see this man wandering around glassy eyed and stumbling along his energy descent then remind him he is a marked man. I know where you live Audaye!

My conference – Claire from Bristol is thankful . . . 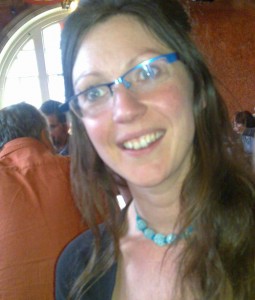 Ah, thank goodness for Transition … today has already reminded me why I am so convinced that we can transform this beautiful world we live in. I am so thankful for Jenny’s opening reminder that it is our own personal responsibility to get what we want and need out of this conference … and to be driven by our passion, not a sense of obligation.

Transition Cities Conference: a vital event for all urban Transitioners

We are delighted to be able to announce details of the inaugural Transition Cities conference, hosted by the good folks of Transition Nottingham on November 27th -28th 2008.

Speaking at Westminster – an evening with APPGOPOG

A while ago, on a very hot day indeed, I went to London to be one of the speakers at a meeting of the All Party Parliamentary Group on Peak Oil and Gas (APPGOPOG, not to be confused with OGOPOGO, a Loch Ness monster type supposed creature reputed to live in Lake Okanagan, British Columbia, Canada). The meeting was called Becoming a Low Carbon Society, and I was speaking along with Shaun Chamberlin who spoke about Tradeable Energy Quotas, and Simon Snowden from Liverpool University, who talked about, among other things, Oil Vulnerability Audits.