Archive for “Self Congratulation” category

Showing results 1 - 5 of 37 for the category: Self Congratulation.

Here’s Cllr. Jill Tomalin of Totnes Town Council giving her, and the Council’s, reflections on the Totnes & District Local Economic Blueprint which was published last week.

A taste of the forthcoming ‘The Transition Companion’ 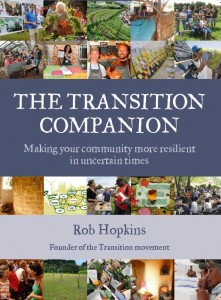 Things are moving along well with ‘The Transition Companion: making your community more resilient in uncertain times’ which is due to be published in early October.  We are currently doing the fine editing and sorting out all the pictures.  As part of the run-up to the publishing, Green Books have produced what’s called a ‘blad’ (“Book Layout And Design”), which gives a taste of the layout, style and contents in a little 16 page booklet.  You can download it as a pdf here.  A free printed copy of the blad will be given to everyone who attends this weekend’s Transition Network conference in Liverpool.  We think it’s going to be gorgeous, and is in a quite different style from the previous Transition books.  You can keep up to speed with developments either here or over at Green Books’ website.  We are currently planning a few launch events for the book… if you have any ideas for one, do get in touch…

On becoming an honorary Gasketeer 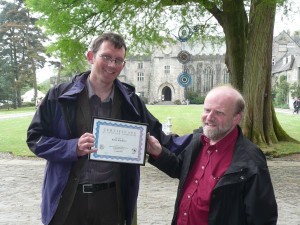 Receiving my certificate from Brian Harper, one of three Gasketeers who travelled to the Tagore Festival...

On Saturday I did a talk at the Tagore Festival which I hope to get a film of up soon.  Instead of using powerpoint, I told the story of Transition using different objects which different initiatives had sent me.  It went really well, and was a really enjoyable way of doing it.  One of the most substantial ‘props’ was a fully functioning Victorian gas lamp which the Malvern Gasketeers had brought all the way from Malvern that morning.  My thinking had been that the crescendo of my talk would be to invite them onstage and that they would light the lamp for all to see.  However, while setting up we were told that in order to light it we would have needed a licence from the local Council, so it remained unlit, albeit rather beautiful nonetheless.

Discussion: Comments Off on On becoming an honorary Gasketeer 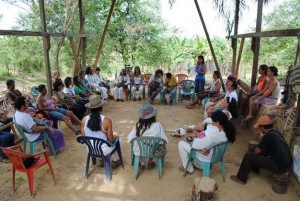 A recent Transition Training in Chile....

It’s the end of the month again, which means it’s time to bring you a taste of the wonderful Transitioney things that have been going on around the world. We’ll start in South America with some very exciting news from Colombia where they recently held their first three Transition Trainings, and here’s a report with a few pictures. And then there’s news of Chile’s first Transition Town at El Manzano in the BíoBío Region, started by three brothers who also established the Ecoescuela where they teach sustainable lifestyles.