An Interview with Chris Bird, author of ‘Local Sustainable Homes’ 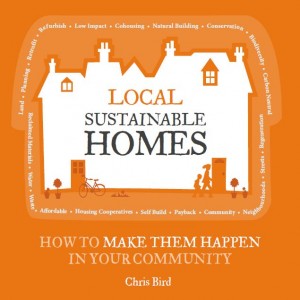 In advance of the publication next week of Chris Bird’s Transition Book ‘Local Sustainable Homes’, I spoke to Chris about the book, and about what he set out to achieve in writing it.  The book will be available to order here at Transition Culture from next Thursday (the 9th).

So Chris, how does ‘Local Sustainable Homes’ differ from all the other green building books out there?

You could fill a bookshop with volumes on green building. There are so many works on sustainable design and construction and green materials that choosing what to read has become almost as difficult as deciding which spectacle frames to wear! But this book is different because it concentrates on how individuals, groups and communities are making it happen. Okay, I admit that in places the book does drift into looking at materials and construction methods but the bread and butter of the text deals with examples from around the country of how people are making sustainable homes a concrete reality – but without the concrete! 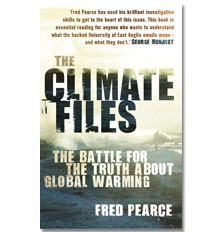 Fred Pearce (2010) The Climate Files: the battle for the truth about global warming. Guardian Books.

The saga of the hacked, or leaked, emails from University of East Anglia’s Climate Research Unit (CRU) has gone on to become known, predictably, as ‘Climategate’.  This release of thousands of emails and documents, sceptics argued, proved that climate science was fabricated and fraudulent, and showed scientists deliberately falsifying data. The release of the emails just days before the Copenhagen climate talks couldn’t have been worse timed, and they were dissected endlessly online, often by people with little understanding of the science, selected quotes being used to dismiss climate science in its entirety as a wicked scam (here‘s one more lurid example of this). In this, the first book to look in depth at Climategate, Pearce offers a remarkably well balanced and up-to-date account of what really happened, what it all means and where climate science finds itself in the wake of the whole sorry saga.

A Review of ‘Local Money’ by Peter North

Here is a review of ‘Local Money’ by Jeremy over at MakeWealthHistory.   The book can be ordered here.  It was also mentioned recently by Lucy Siegle in the Observer.

“I’ve really enjoyed the last three books to come out of the Transition Books stable, so I was pleased to see the latest instalment was out: Local Money – how to make it happen in your community. It’s another big square book, following Local Food, and it’s got the same practical, inspiring, can-do approach. This time, it’s all about creating local money networks.

Book Review: ‘The Ministry of Food’ by Jane Fearnley-Whittingstall 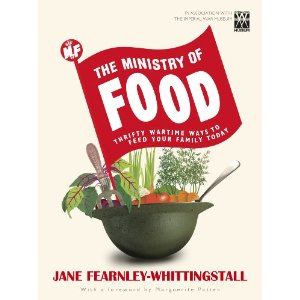 I hadn’t heard of this until a couple of weeks ago, when a group of folks visiting from the US dropped by, en route from London, where they had visited an exhibition at the Imperial War Museum called ‘The Ministry of Food’ (which runs until January 3rd 2011), gave me their copy of this book.  Having read this book, I will definitely make a point of going to see the exhibition next time I am in London.  The book is the exhibition catalogue, but it is also a superb stand-alone publication, offering many useful insights on how the British people managed during the war, how the Ministry of Food successfully promoted the Dig for Victory/Kitchen Front campaigns which kept the country from starvation, and, ironically, led to the healthiest population in the country’s recent history. 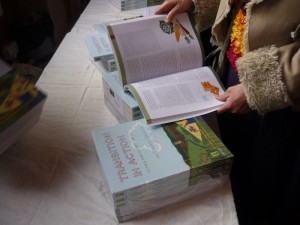