Today’s post is really a warm-up for tomorrow’s.  Tomorrow morning, Transition Network’s REconomy Project will be publishing the first of 3 ‘Local Economic Blueprints’, for Totnes and District (those of Hereford and Brixton are in the pipeline).  I think it is one of the most important pieces of work that has yet to emerge from a Transition initiative, a real leap forward in terms of arguing the case for more local and more resilient economies.  For now, to give you a taste, here is the foreword I wrote that didn’t get used in the end, but which captures why I think it matters:

“Something remarkable is happening in Totnes. Something that is starting to be noticed elsewhere, something that’s a vitally needed story in communities up and down the country.  Greg Barker MP, former Minister for Communities and Local Government, noticed it recently when he told Parliament “what Totnes does today, the rest of the country will do tomorrow”.  The Western Morning News noticed it when they ran a lead editorial called “Hippy town comes of age”.  Chef and campaigner Hugh Fearnley-Whittingstall noticed it recently when he spoke of Totnes “blazing a trail for those who are interested in finding new heart in their community”.

The Ghosts of Shoppers Past: why assumptions matter

Berry Pomeroy Castle near Totnes is famed for supposedly being one of the most haunted castles in Britain. It is said that the ghosts can still be seen of the Pomeroy brothers riding to their doom over the castle cliffs to avoid losing the castle following a siege.  Or there’s the Blue Lady, reputed to be a Pomeroy who strangled the child conceived with her father, or the White Lady, who was supposedly shut up in a dungeon by her jealous sister and whose ghost now walks the walls at night. None of these phantasms has any basis in history though: there never was a siege, the guy who first wrote about the Blue Lady said he had seen her in the Castle even though at the time of writing it had already been in ruins for many years, and the White Lady is the creation of a Gothic tale first published in 1806.  The truth about the castle is less supernatural and exciting but a fair bit more interesting.

Discussion: Comments Off on “To me it’s almost like magic”: The NE Seattle Tool Library opens for business

‘The Transition movement and the potential of local building materials’: a presentation to the EBUK conference 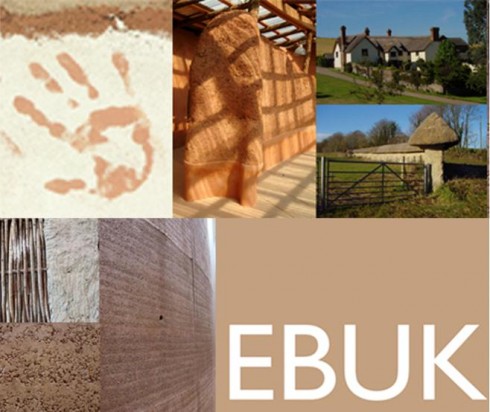 I was delighted recently to be asked to speak at the Earth Building UK conference, held this year at Dartington, near Totnes.  As regular readers will know I have had a deep and long-lasting love affair with earth building, and indeed many of those who inspired and trained my fumblings into the world of cob homes, strawbale walls and clay plasters were there in the audience.  In the context of the soon-to-be-released ‘Totnes & District Local Economic Blueprint’, I looked at two projects in Totnes and their potential to do a lot more than just provide houses.  It was a shame I could only get there for the final session as the whole day looked mouth-watering.  The bits I did hear were great: I had never, for example, heard of the ‘mud and stud’ technique before, a method particular to Lincolnshire.  Fascinating stuff.  Anyway, here’s my talk: