What to do with this year’s bumper harvest of snails … snail soup? 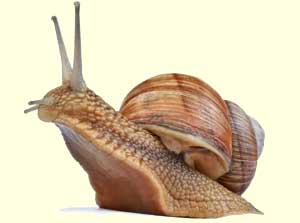 I am indebted, I think, to Massimiliano Rupalti, aka. Rupo, who I met on my recent trip to Italy, who just sent me his grandmother’s recipe for making snail soup.  Following my recent post about The Four Slugs of the Apocalypse, it offers a useful way to turn a problem into a solution.  I am assured that this is quite delicious, although personally the final line of the recipe, “keep cooking for at least an hour or till the sauce becomes dense”, makes me feel somewhat queasy.  If you try it, do let us know how it was.  Thanks Rupo.

Once gathered the snails (only big ones) we need to leave them in a closed basket for at least 10 days and not more than 15 days.

‘Alternatives to development’: an interview with Arturo Escobar

At the 2012 Degrowth conference in Venice one of the highlights for me was the talk by Arturo Escobar (my notes from which can be found here). He is the author of Encountering Development and Territories of Difference, among others.  His talk looked at how Transition might look in the context of the Global South, and held many fascinating insights.  Here is the interview I did with him, first as an audio file, and below as a transcript.