‘Can Totnes build itself?’: a new paper from Atmos Totnes 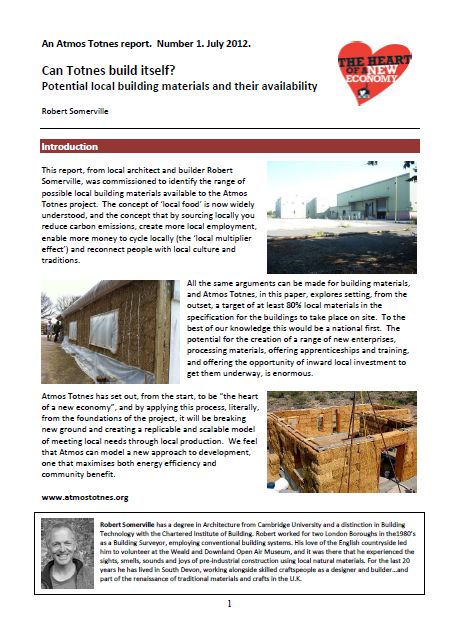 [Here is a press release just put out by Atmos Totnes] When it comes to building houses, which offers the best return to a local economy, concrete blocks or straw bales?  Gypsum or clay plasters?  Imported timber or local timber?  Atmos Totnes today announces the release of a ground-breaking new paper, ‘Can Totnes build itself?’ (a kind of successor to 2009’s ‘Can Totnes and district feed itself?’ study), which looks at the local building materials potentially available for the construction of the Atmos Totnes development. 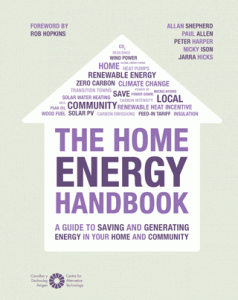 It started from the Zero Carbon Britain 2030 project really, because that was aimed at policy makers and government. What we wanted to do was take the concept that was developed in ZCB, which was the ‘Power down’ and the ‘Power up’ concept.