My TEDxExeter talk: ‘My town in Transition’

A couple of weeks ago I spoke at TedxExeter, a fantastic occasion with many great speakers (have a look at their website as more and more of the films from the day go online).  I spoke for the first time in detail about Totnes as a case study, and what, after 6 years, we can draw from the experience of Transition Town Totnes.  I hope you enjoy it.

A report on ‘Peak Money and Economic Resilience’, a Transition Network one-day conversation 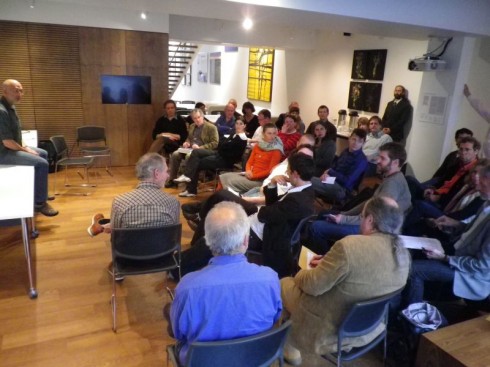 A while ago, Transition Network held a ‘Thinky Day’ around the Big Society and how Transition might best respond to that.  These bringings together of people to explore the ‘edge’ of Transition are very useful, and yesterday saw the next one, entitled ‘Peak Money and Economic Resilience: a Transition Network one-day conversation’, held at the offices of Calouste Gulbenkian in London.  About 50 people came together to explore the scale of the economic challenges we are facing, what Transition is already doing to respond to that, and what else it might do, or how it might adapt what it does to be more appropriate to these fast-changing times.  I will attempt here to provide a record of the day and of the key discussion points that emerged.  Any misrepresentations due to my note-taking are entirely my own doing…

Transition at the Social Enterprise Exchange in Glasgow. 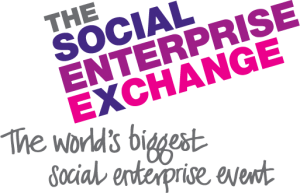 The last leg of my week of dashing to various places (Dublin and London) took me to Glasgow for the Social Enterprise Exchange, the world’s biggest social enterprise event.  It was huge, loads of events with speakers such as Scotland’s First Minister Alex Salmond, Nick Hurd MP, Minister for Civic Society and Chuka Umunna, Shadow Business Secretary.  There were over 150 stalls from various organisations, including Transition Network’s REconomy stand which proved very popular (see below), and all in all the day was a huge statement of intent about the scale and ambition of the social enterprise sector.

I couldn’t stay all day unfortunately, but after the opening session, I took part in one called “More, better, faster – how can social enterprise grow?”  It was chaired by Susan Aktemel of Impact Arts, and featured myself along with Jim Mullan of KibbleWorks and Karen Lynch of Belu.  It was a very interesting session, here is the talk I gave at it:

A recent talk about Transition, interspersed with clips from ‘In Transition 2.0’

A few weeks ago I travelled to Brockwood Park, a very progressive school in Hampshire, to give a talk about Transition.  It was the first talk I have given that included clips from ‘In Transition 2.0’, which went down very well.  I had a great time there, thanks to everyone who made it such an enjoyable visit.  A few days after I went, they held their first Open Space to explore what becoming a Transition school would entail.

Discussion: Comments Off on A recent talk about Transition, interspersed with clips from ‘In Transition 2.0’

What Transition got up to at the Guardian’s Open Weekend 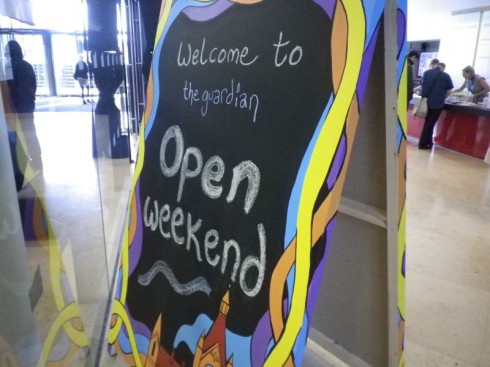 I spent Saturday evening and Sunday at the Guardian’s Open Weekend festival at King’s Place, the Guardian’s headquarters, where Transition Network was involved in a number of events.  The Open Weekend was 2 days of a wide range of events designed to bring the paper’s readership into the heart of the organisation to help shape its future in the fast-moving world of social media and publishing.

Discussion: Comments Off on What Transition got up to at the Guardian’s Open Weekend