Showing results 16 - 20 of 35 for the category: The Transition Companion. 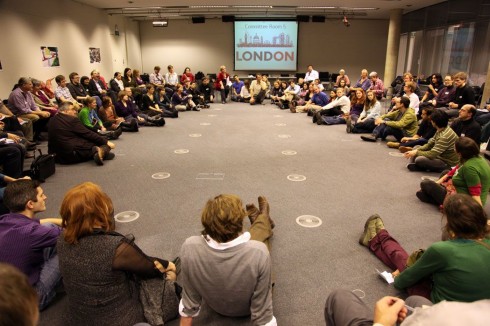 A Story of Transition in 10 Objects: Number 8. A small pennant flag

Our eighth object in the series illustrating some of the stories from ‘The Transition Companion’, posted before I head off to London for the London Transition Groups Gathering, is a small pennant from Monteveglio in Italy.

Discussion: Comments Off on A Story of Transition in 10 Objects: Number 8. A small pennant flag

My recent presentation at RESOLVE

I already posted a clever thing here that mixed the slides and the audio from a talk I gave the RESOLVE conference in May, well here now is the film of the talk, in case you’re interested…

Discussion: Comments Off on My recent presentation at RESOLVE

Community resilience, Transition, and why government thinking needs both 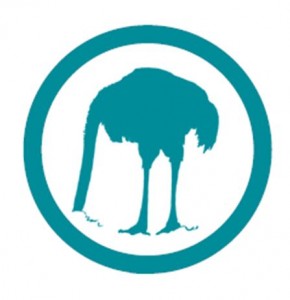 After my talk in Norwich last week, I met a local authority emergency planner, who said that he had found the talk, and the Transition take on resilience, very illuminating.  He pointed me in the direction of the latest ‘Strategic National Framework on Community Resilience’, the latest “national statement for how individual and community resilience can work”, published by the Cabinet Office in March of this year.  It is a fascinating document, and is indeed the first official government document on community resilience that refers explicitly to the Transition movement, and as such deserves a post reflecting on it.  It also offers a tantalising glimpse into what a government response to peak oil, climate change and economic contraction might look like if anyone had the imagination to create one.

The Introduction to ‘The Transition Companion’ 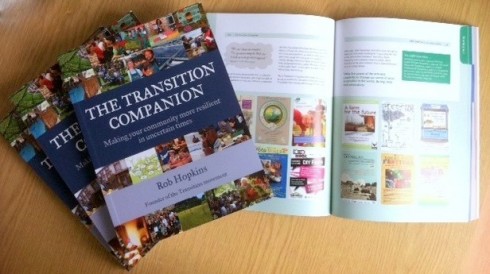 This book seeks to answer the question:

“What would it look like if the best responses to peak oil and climate change came not from committees and Acts of Parliament, but from you and me and the people around us?”

It’s a big question, which is why it requires this relatively big book to address it, but I think you’re going to enjoy the pages ahead, and the journey they will take you on. For the first The Transition Handbook, published in 2008, this was pretty much a speculative question, but for this new book we are able to draw from what has, in effect, been a five-year worldwide experiment, an attempt to try to put the Transition idea into practice. I think it is one of the most important social experiments happening anywhere in the world at the moment. I hope that by the end of this book you will agree, that if you aren’t involved you will want to get involved, and if you are already involved, it will affirm, inspire and deepen what you are doing and give you a new way of looking at it.